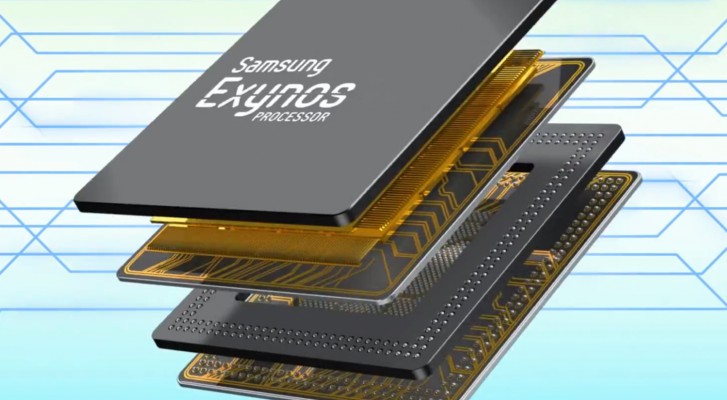 Samsung has reportedly started testing its next-generation mobile processor and if reports are to be believed, it’s an absolute beast. The Exynos 8895 is said to be built on the 10nm process with a 30 percent increase in performance compared to the Exynos 8890. Test batches of this processor are reportedly hitting staggering peak speeds of 4GHz though it’s likely that the peak will be capped for retail handsets.

Power consumption becomes a concern with faster processors but the 10nm process promises both a boost in speed and power efficiency. The Exynos 8895 is said to have the same power consumption at peak 4GHz as the Snapdragon 830 at 3.6GHz, it may also be sustainable in thermal efficiency meaning that overheating will not be a major concern. Nothing has been officially confirmed by Samsung about its next-generation processor so take all of this information with a grain of salt. What we can predict is that the company’s next high-end chip is likely going to debut with the Galaxy S8 early next year. 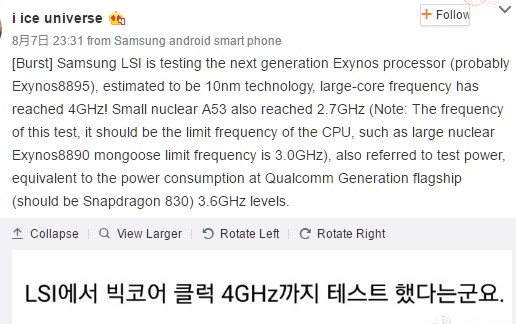 Samsung’s Exynos chipsets can go toe to toe with Qualcomm’s flagship mobile processors as far as performance is concerned, but the Exynos chips haven’t had the kind of success that Qualcomm’s Snapdragon lineup has enjoyed for so many years. Smartphone manufacturers still prefer opting for a Snapdragon chip and, in case of budget phones in […]

There have already been countless rumors and leaks concerning the Galaxy Note 8’s design. From what we know so far, the Galaxy Note 8 is basically going to be a stretched out version of the Galaxy S8. That’s not a bad thing, considering the fact that Samsung has really pushed the envelope on design with […]

There are two variants of the Galaxy S8 and S8+. One variant uses Samsung’s Exynos 8895 chipset, while the other uses the Snapdragon 835 SoC from Qualcomm. The Snapdragon variant is sold in Canada, China, Japan, and the US. Other markets around the world get the Exynos variant. Both chipsets are quite similar in terms of features, functionality, and […]

The Galaxy S8 has the unique distinction of being one of the very first smartphones on the market that’s capable of hitting gigabit LTE speeds. This has been confirmed in a video published online by T-Mobile which shows the Galaxy S8 hitting some enviable LTE speeds, however, the test is being conducted in a lab […]

Samsung’s Exynos processors aren’t that popular with third-party manufacturers. They’re primarily used by Samsung in its own smartphones while only a few manufacturers like Meizu have started gradually picking these chips up for their smartphones. Samsung is now looking to change that and it thinks that standalone virtual reality headsets stand to benefit from its […]