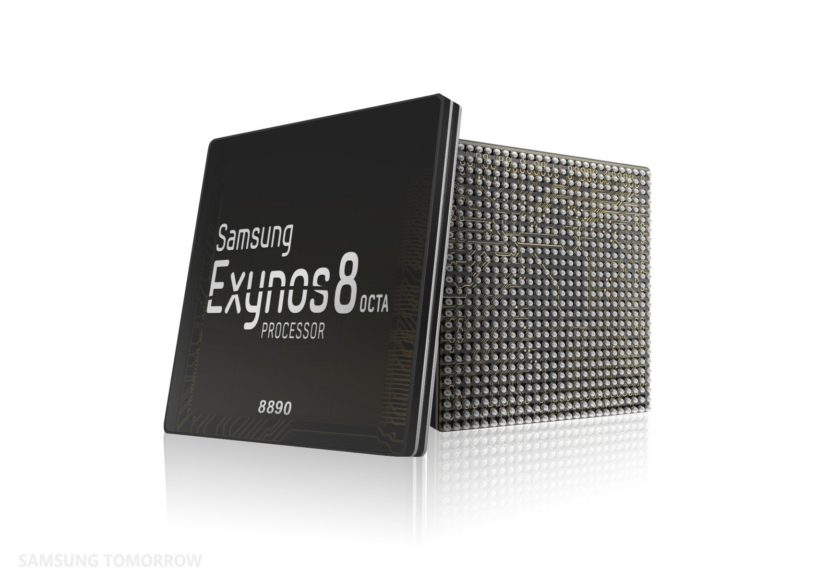 Samsung officially unveiled the newest member of its Exynos family of application processors, the 64-bit Exynos 8 Octa 8890 is the second premium application processor from Samsung that’s built on the 14nm FinFET process technology. Unlike the Exynos 7 Octa 7420 the new processor is an integrated one-chip solution that houses Samsung’s first custom designed CPU based on 64-bit ARMv8 architecture and the latest LTE Rel.12 Cat.12/13 modem, bringing an entirely new level of performance to Samsung’s Exynos processor.

Exynos 8 Octa 8890 is the first processor from Samsung to feature the company’s initial premium custom CPU cores based on the 64-bit ARMv8 architecture, Samsung says that the new chip brings a 30% improvement in performance and 10% improvement in power efficiency as compared to the Exynos 7 Octa. The new processor also has support for enhanced heterogeneous multi-processing to enable efficient usage of the four custom and four ARM Cortex-A53 cores to deliver highest performance and power efficiency in its class. It’s also the company’s first integrated one-chip solution in its premium lineup that combines the application processor and modem, it features the LTE Rel.12 Cat.12/13 that’s capable of providing maximum download and upload speeds of up to 600Mbps (Cat.12) and 150Mbps (Cat. 13) respectively. To effortlessly power a graphic intensive user interface, immersive 3D gaming and virtual reality experiences the new processor features the Mali-T880 MP12, ARM’s latest graphics processor.

Samsung is going to start mass production of the Exynos 8 Octa 8890 in late 2015, which means you can expect it in a mobile device next year, it goes without saying that the Galaxy S7 will be powered by this processor. 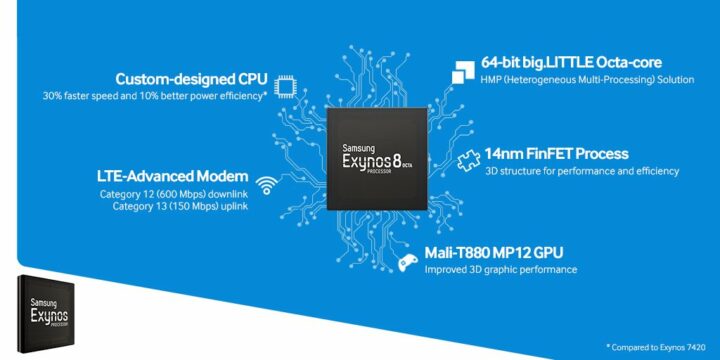