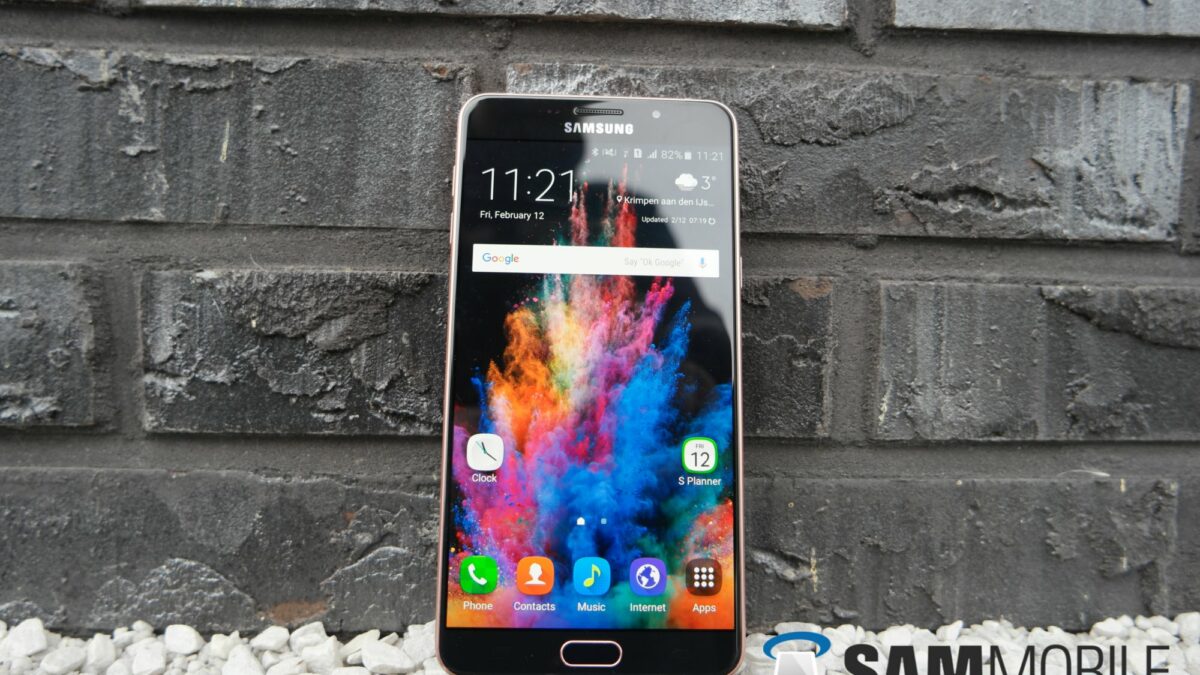 We exclusively reported last month that Samsung has the Galaxy A9 Pro (SM-A9100) in the pipeline. The handset was recently imported to India for testing and the listing revealed that this device has a 6-inch display. The Galaxy A9 Pro AnTuTu benchmark reveals more specifications of this upcoming smartphone. We recently saw the Galaxy A9 Pro on GFXBench as well where it was spotted with 4GB RAM and Android 6.0.1.

The AnTuTu benchmark of this handset reveals that it features a 1920×1080 pixel resolution display, a Snapdragon 652 processor from Qualcomm coupled with 4GB RAM, an Adreno 510 graphics processor and 32GB of internal storage. A microSD card slot, 4,000mAh battery and a 16-megapixel rear are also likely to be onboard. Samsung has not yet confirmed when this handset will be released but it’s possible that the Galaxy A9 Pro will arrive once the Galaxy S7 and the Galaxy S7 edge have been released, Samsung would want them to be the first Marshmallow-powered devices it puts out in the market. Like the Galaxy A9, this handset is possibly going to be exclusive to China as well. 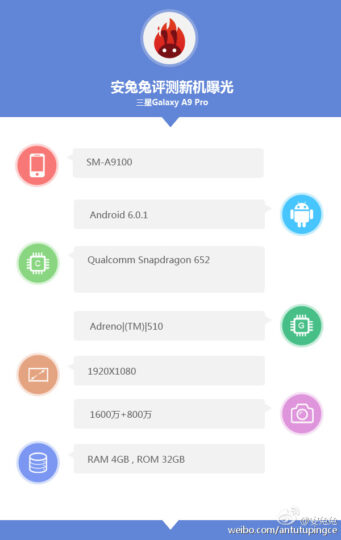