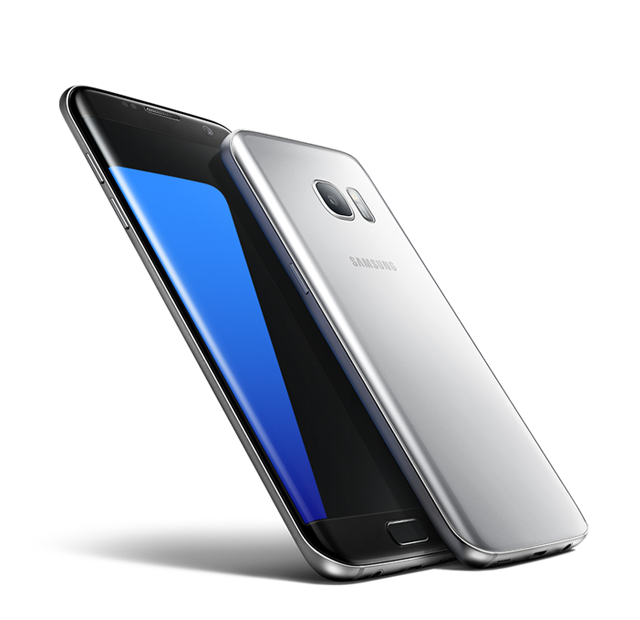 The Galaxy S7 and Galaxy S7 edge feature a similar design to the Galaxy S6 and S6 edge, a design that many Samsung fans love (with a few tweaks, of course), but it appears as though not all Galaxy S7 models will see Samsung’s front name branding return to the latest-generation “Galaxies.”

Samsung Korea has the device available without the front “SAMSUNG” branding, though the back branding remains. This doesn’t seem to be just the case with Samsung Korea, however: Samsung China shows the front name branding removed from its Galaxy S7 and S7 edge devices as well, signaling that the issue here (if there is one – this is still debatable) doesn’t just stop with Korea. Interestingly enough, there is a page at the Samsung Korea site that shows the front branding on the Galaxy S7 but not the Galaxy S7 edge. Japanese Galaxy S6 and S6 edge users saw the company’s front branding absent from their new devices last year.

There are a number of reasons as to why this could be the case. For one, Samsung could decide to remove the front name branding in order to make the device more simplified and elegant, or the front name branding could be removed so as to prevent some from refusing to purchase the device who may find the front branding offensive. Of course, the name “Samsung” would eventually crop up later, so this doesn’t seem to be all there is to the story. Another reason behind the front brand name removal may have something to do with the redundancy of having “Samsung” on the same smartphone twice.

China and Korea could see “SAMSUNG” removed from the front of its Galaxy S7 and S7 edge smartphones to cater to its consumer surveys and research. After all, the Korean giant did announce yesterday at Galaxy Unpacked 2016 that it brought back the microSD card slot because it listened to customers. Perhaps the brand removal on the front of its devices follows in the same path. Samsung has been known to tinker with its front name branding occasionally, so the company may have removed it altogether until it decides on the new cosmetic look. Only time will tell.