The Samsung Galaxy S7 and the Galaxy S7 edge will be officially unveiled this Sunday in Barcelona (in 360 degree from various angles). As we all know, it’s customary for leaks to prematurely reveal several crucial aspects of the device just as we inch closer towards the launch. Keeping up with that tradition, a new revelation from French source @stagueve a.k.a Steve Hemmerstoffer has given us a glimpse of the Galaxy S7 with the display turned on. 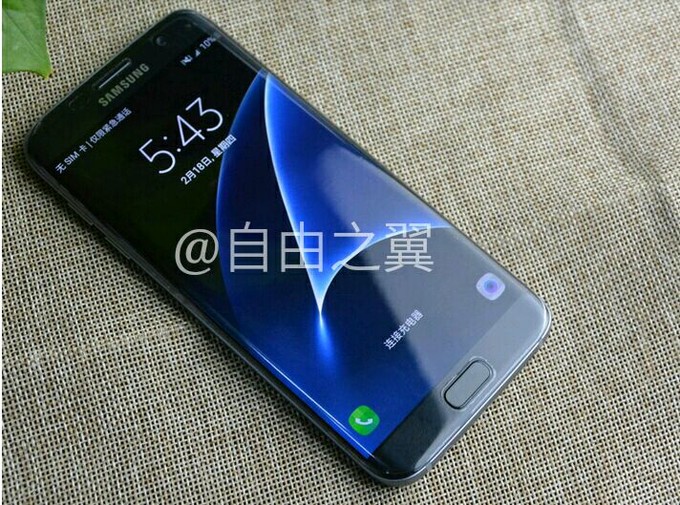 While we have seen leaks of the handset before, this is the first time we’re getting to check out the device with the display on. From this image, we can ascertain that the bezel space has been kept to a minimum, thus ensuring that the handset has a decent screen-to-body ratio, something that we saw on the Galaxy S6 edge+ as well.

This image follows a leaked video that showed the regular Galaxy S7’s software in action. The home screen wallpaper shown in the image was leaked on the SamMobile forums sometime ago, so there’s enough evidence to confirm this is in fact the real deal.