Samsung trademarks Gear 360, could be a VR camera 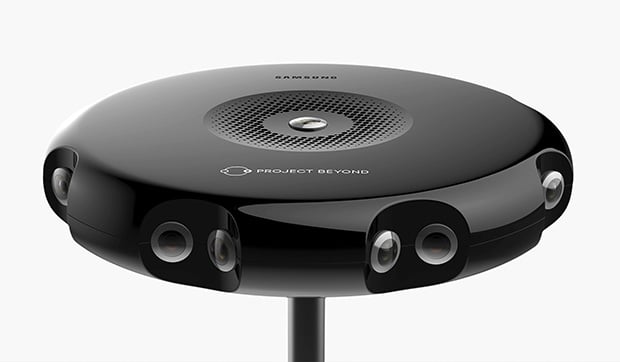 A trademark application filed recently in Samsung’s home country suggests the launch of a 360 degree VR camera might be approaching. In South Korea, Samsung filed for protection of the name Gear 360. The application mentions photography and cameras as primary product categories, suggesting we might be looking at the name of a 360 degree camera. Such a camera of course would make an interesting companion to Samsung’s recent endeavors in the lands of virtual reality with its Gear VR headsets.

Late 2014 Samsung already showcased its Project Beyond, which made an appearance at this year’s CES as well. Perhaps Gear 360 is a commercial version of the Project Beyond VR camera, though it’s too early for firms conclusions.

Whether a launch is imminent remains to be seen, but trademark applications are often filed for products almost ready for release, so we just might see it make an appearance in the coming weeks or at the Mobile World Congress, at the end of February.