FCC listing reveals dimensions of the Galaxy View, AT&T likely to carry it in the US

Not too long ago Samsung teased an entirely new product called the Galaxy View, it’s the 18.4-inch tablet that we exclusively reported on over a month back. Over the past few weeks there have been several leaks which have revealed some new information about this tablet, today an FCC listing has been spotted which not only gives us the dimensions of this massive tablet but also hints at the possibility of AT&T carrying it in the United States.

The filing shows that the Galaxy View model SM-T677A will be headed to the US, illustration of the tablet carries an AT&T logo on the back which is a strong indicator that the country’s number two carrier will sell this device but it’s unclear right now if the Galaxy View will be exclusive to AT&T. We also see two large speaker grilles on the back which could mean that the tablet brings powerful stereo audio. From corner to corner the Galaxy View measures 513mm diagonally and it’s 447mm wide, certainly not one of the most portable tablets out there. As far as the specifications are concerned the Galaxy View is believed to feature a 1920×1080 pixel resolution display with an octa-core Exynos processor paired with 2GB RAM, 32GB internal storage and a 5,700mAh battery. 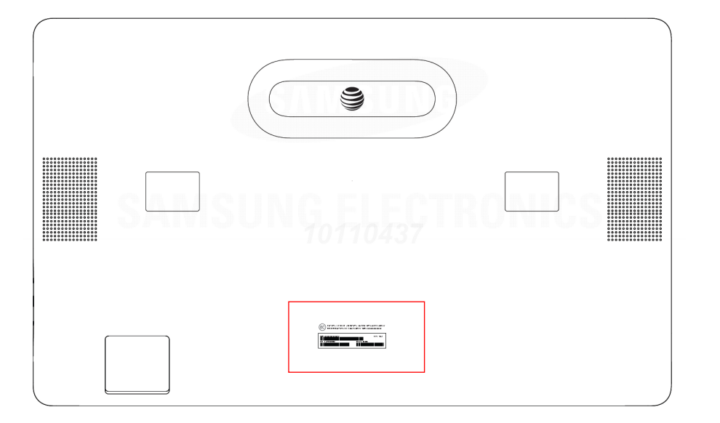