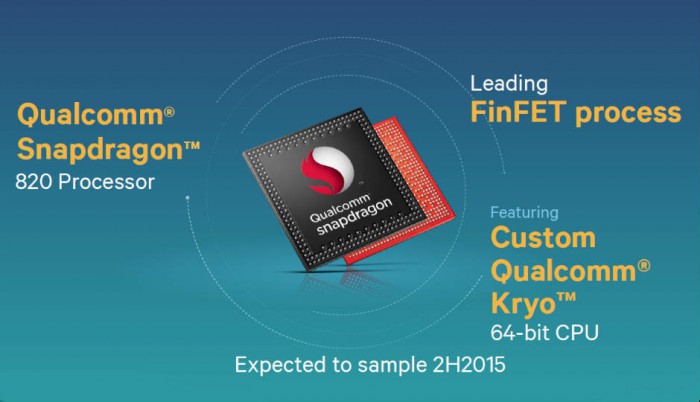 Samsung didn’t go with the Snapdragon 810 for this year’s flagship devices instead it opted for its own Exynos 7420 processor but that doesn’t mean that the company will never return to Qualcomm processors for high-end devices. It has been rumored multiple times that the company might consider using the Snapdragon 820, internally known as Jungfrau, in the Galaxy S7 next year and a new report out of Korea claims that Samsung has already started conducting intensive testing on the upcoming Qualcomm processor.

The report suggests that Samsung has still not made up its mind about whether it should stick with its own Exynos processor for next year’s flagship or go with the Snapdragon 820 that’s being intensively tested at its labs. The tests are going to provide Samsung with data that’s going to make this decision easier. As far as the Qualcomm Snapdragon 820 is concerned it’s expected to feature a 64-bit quad-core CPU with 14nm FinFET which promises 35 percent improvement over the Snapdragon 810, Adreno 530 GPU, LP-DDR4 RAM support, Cat. 10 LTE modem as well as support for 4K60 fps encode/decode, UFS and eMMC 5.1 storage solutions.