Has Samsung already begun testing the Snapdragon 820 for the Galaxy S7?

It has been close to six months since the official announcement of the Galaxy S6, and the Galaxy Note 5 as well as the Galaxy S6 edge+ are almost official, the rumour mill surrounding the Galaxy S7 has begun already. There was also a report last week stating about Samsung’s ‘Agile Development Process’ that might lead to faster development of its next high-end smartphone.

According to a new report coming out of China, Samsung has started testing the Qualcomm’s most high-end SoC, the Snapdragon 820, for its flagship smartphone for 2016, the Galaxy S7. Last month, there was a report suggesting that the Galaxy S7 is codenamed ‘Jungfrau‘ internally, and that Samsung was considering both Snapdragon 820 and an Exynos SoC to be used in the device. Now, the device has appeared in leaked screenshots of what is being claimed as Samsung’s internal documents concerning the company’s Android M upgrade program.

As per the images that were leaked last week, the Snapdragon 820 is expected to feature a 64-bit quad-core CPU with 14nm FinFET Hydra cores that showcases 35 percent improvement over the Snapdragon 810, an Adreno 530 GPU, LP-DDR4 RAM support, Cat. 10 LTE modem, support for both eMMC 5.1 and UFS storage solutions, and 4K60 fps encode/decode capabilities.

Earlier this year, Samsung ditched the Snapdragon 810 SoC and completely shifted to the Exynos 7420 for the Galaxy S6 as the company found out that Qualcomm’s chipset had heating issues. Even if this report is a real deal, it doesn’t mean that Samsung will ditch Exynos in favor of  Snapdragon 820 for the Galaxy S7. The company always tests the best SoCs in the market when its devices are under development. 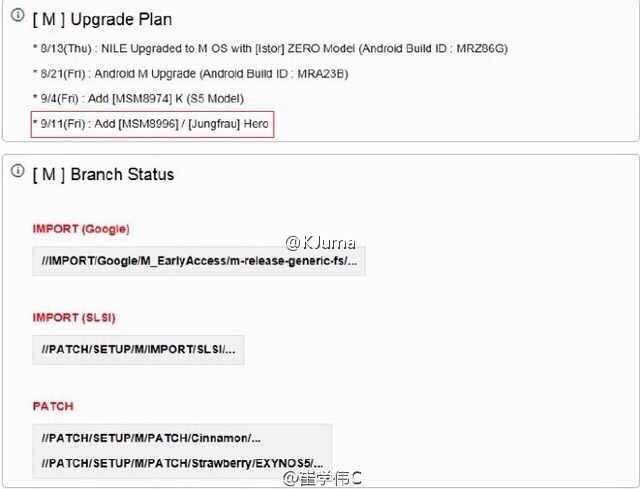 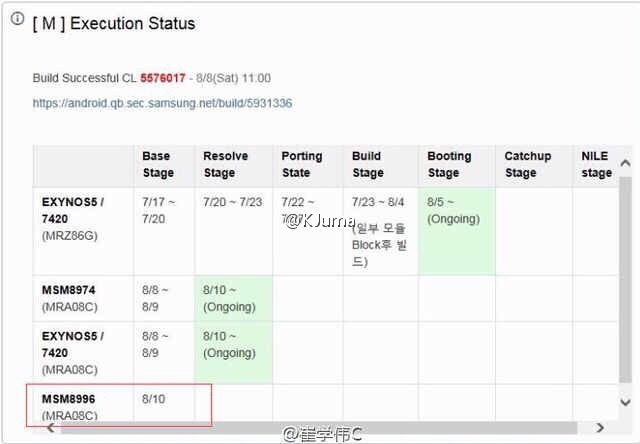