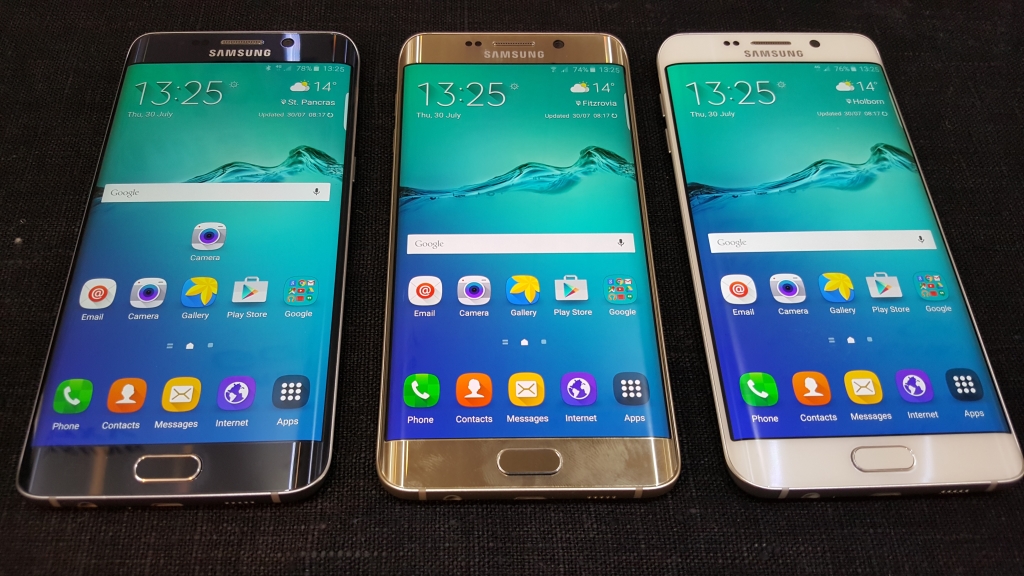 Defying convention, Samsung outed two new flagship smartphones today, the Galaxy Note 5 and Galaxy S6 edge+. There is a reason behind this madness – the company is targeting different markets with each device, with very little chance of both phones being available in the same region at the same time. We were able to go hands-on with both the Note 5 and S6 edge+, and here is our initial opinion about the two 5.7-inch phablets.

Like the Galaxy S6, the Galaxy Note 5 is bringing a huge change to the lineup in terms of design. An elongated S6, the Note 5 looks great and feels solid in the hand, thanks to the metal and glass build and the curves on the back. Our hands-on time was spent with the gold version of the phone, though it will also be available in silver, black and white color options, with the silver version making a comeback after a long disappearance from the Note series.

As expected, the Super AMOLED display is brilliant and makes us wonder how things can get better from here as far as the viewing experience is concerned. The S Pen slot is at the bottom, and this time around the S Pen – which looks more like a regular pen than ever before – can be accessed through a push-to-eject mechanism, something we liked more than the manual method we have had to use till the Note 4. What we didn’t like were TouchWiz’s new default app icons. The new ones aren’t worse than what we had before, but they are certainly not too better either and look rather cartoonish. But then again, the support for themes should make up for it for most users.

On the software front, the camera app has received a couple upgrades. You now have a YouTube broadcasting feature that lets you record a video and let your friends watch live by sharing the YouTube link with them. This is something you can probably do with third-party apps off the Play Store, but it’s nice to have it built-in. The camera app has also received an update to the Pro mode – you finally have the option of manually setting the shutter speed, something that should make the imaging experience in low-light conditions even better. Images can also be saved in RAW, without the need of a third-party camera app. 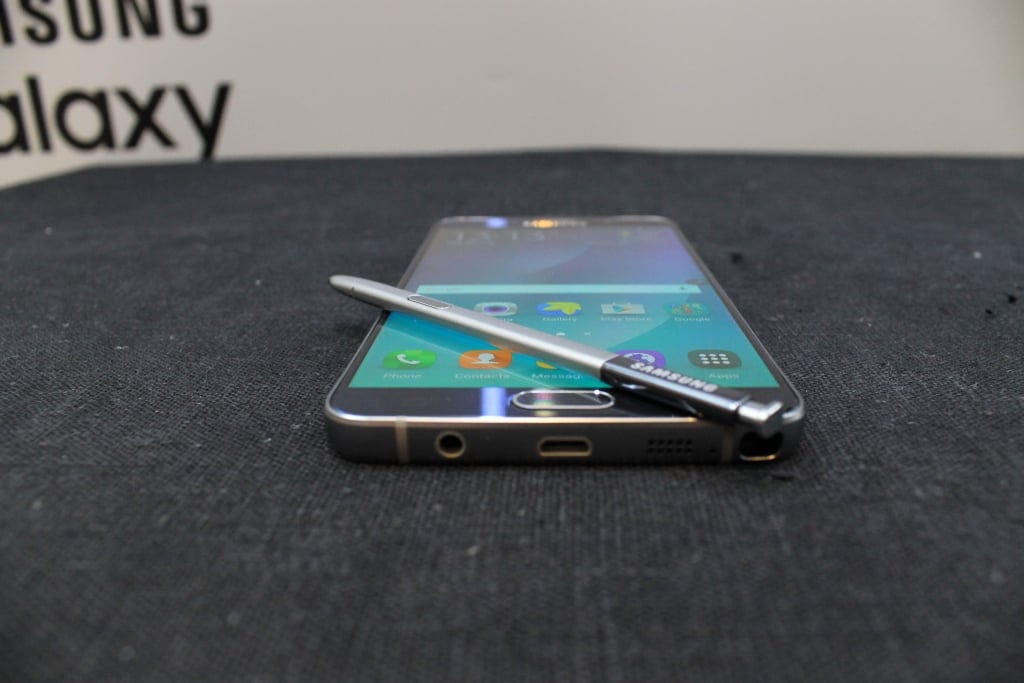 As we had expected, the Galaxy S6 edge+ is, for all intents and purposes, a bigger version of the Galaxy S6 edge. That is to say the display is larger and even more attractive, and the phone looks like something from the future like its predecessor. The bigger battery and 4GB of RAM are also welcome changes; the interface is similar to the Galaxy Note 5, including all the stuff you get in the camera, and the Edge panel has been updated as well.

Sadly, the Edge panel is still not as useful as it can be. You get to set favorite apps in addition to favorite contacts (who you can now send a picture or emoticon to from the Edge shortcut), but despite the larger screen, you still get only five options. We have no idea why Samsung hasn’t added the option to scroll for more options like it did on the Galaxy Note Edge, but we’re guessing the company deems the much smaller curves a detriment to too much functionality. Frankly, we liked what we saw when we played with both devices, but after the Galaxy S6 and Galaxy S6 edge we didn’t exactly feel awed by either device. The biggest question on our mind is whether the two – especially the Note 5 – will be able to provide the kind of battery life we have come to expect from Samsung’s phablet flagships. Software updates are another concern; Samsung has said that it will be providing regular security updates for its devices, but it remains to be seen how quickly the company will roll out Android M and whether it will repeat its habit of leaving out features that should be part of updates from the start.

Also worrying is the fact that the Note 5 and Galaxy S6 edge+ will be available in limited regions. While the S6 edge+ is sure to attract a lot of consumers, we’re not happy with the fact that many Note fans around the world won’t be able to get their hands on the Note 5, at least not until Samsung decides to do a worldwide launch. It’s particularly disappointing considering both the Galaxy Note 5 and Galaxy S6 edge+ are near-perfect devices that have a lot to offer, and while it makes business sense to launch each phone based on a market’s demand, it sure is a step we hope Samsung will reconsider somewhere down the line.