Expecting the Galaxy Note 5 to have a microSD slot? Don’t 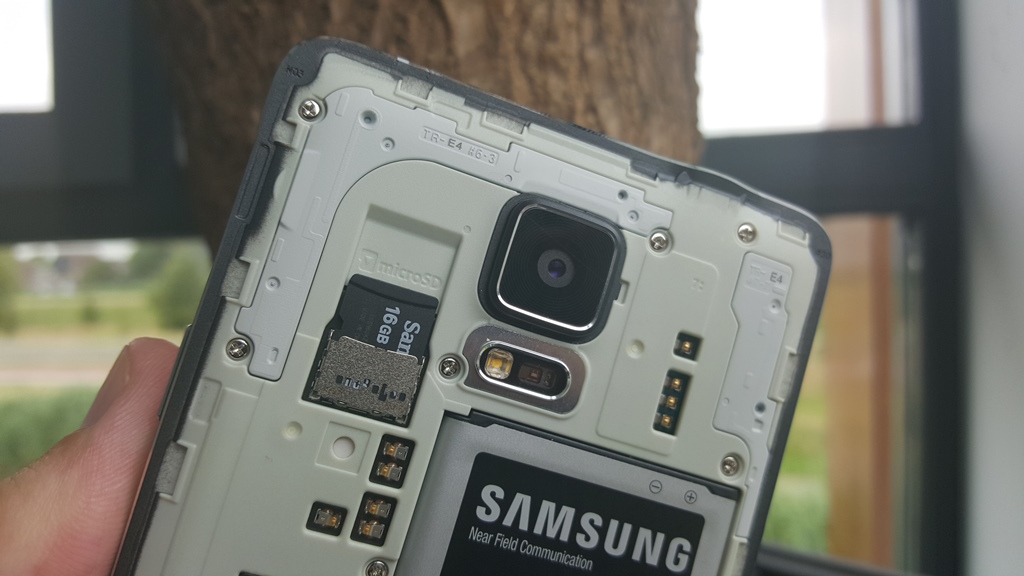 It’s been almost three months since the Galaxy S6 and Galaxy S6 edge went up for sale around the world, but many consumers are still seething over Samsung’s omission of expandable storage on the two devices. It has driven many to opt for competing smartphones, and some of those that have bought either of the S6 devices have been very vocal about their displeasure on the fact that they can’t extend the available storage by buying a microSD card.

Many have raised the point that Samsung’s focus on making the Galaxy S6 and S6 edge thinner than previous flagships is among the top reasons why the company decided to skip a microSD slot. But whether we like it or not, Samsung’s decision was a wise one in the face of the fact that its two flagships feature the fastest internal storage technology in the market today. Dubbed UFS 2.0 (Universal Flash Storage), this technology is considerably faster than the eMMC 5.0 memory found in competing smartphones, and as tests from publications like AnandTech and GSMArena concluded, UFS 2.0 can write and read data almost two times faster than eMMC 5.0.

GSMArena also tested the Galaxy S6 against a Galaxy Note 4 and Galaxy S5 sporting one of the fastest microSD cards available, and still found the S6 to have a strong lead in terms of memory performance. It’s clear to see that a microSD card simply cannot match the performance offered by UFS 2.0 storage, and it’s one reason why anyone expecting to see expandable storage make a return on the Galaxy Note 5 is most likely to be very disappointed.

With the Galaxy S6 (and S6 edge), Samsung is offering consumers the best of almost every hardware feature out there, and it will no doubt be looking to replicate the same experience on the Galaxy Note 5. A microSD slot would simply be a detriment when it comes to things like storing apps, photos and other media; the reality that microSD cards will one day be unable to keep up with inbuilt flash storage has been a long time coming, and UFS 2.0 is simply too good to be able to coexist peacefully with an SD card.

This doesn’t change the fact that expandable storage will continue to be an important feature for a long time to come, but it’s a feature that might not remain on high-end smartphones for launch. Cloud storage is where manufacturers will direct users to, and while most of us would never prefer the cloud over a small card that we can quickly and easily swap out as needed, microSD slots might be on their last legs as far as flagship devices are concerned.

Update: As one of our readers rightly pointed out, there is another obstacle that would make it hard for Samsung to put UFS 2.0 storage and a microSD slot on a smartphone. SD cards and the eMMC 5.0 solution used on other flagships are able to use the same memory controller (the controller is what handles data transfer and communication with things like the processor), making it easier for them to exist in the same device. UFS 2.0, on the other hand, uses a new type of memory controller, and Samsung will have to find ways to interface the new controller with the one used on SD cards to be able to make them work together without affecting overall performance. It’s possible Samsung will find a solution to this in the future, but for now, it doesn’t look like a smartphone with UFS 2.0 storage will be featuring a microSD slot any time soon.