Samsung accidentally confirms the existence of the Galaxy Tab S2 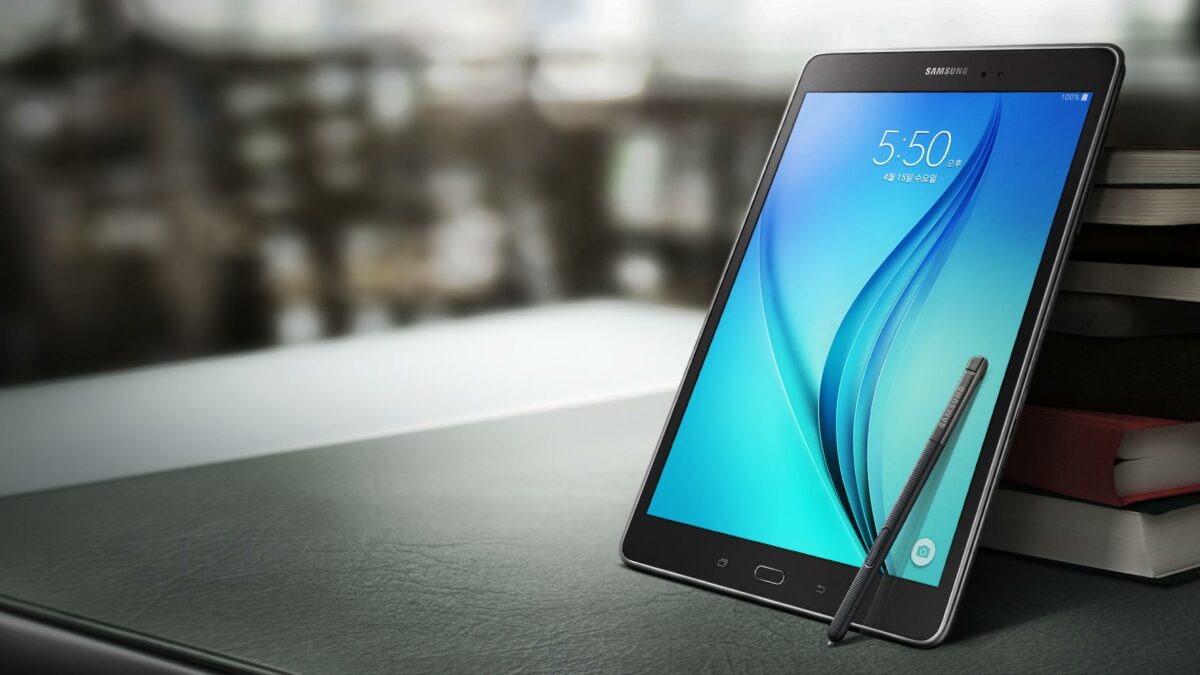 We’ve exclusively revealed a lot of information about Samsung’s upcoming high-end tablet, the Galaxy Tab S2, multiple times in the past couple of months. Now, Samsung has accidentally confirmed the existence of the Galaxy Tab S2.

The confirmation comes through the official changelog of the Hancom Office Hshow 2014 app, which is used to open Microsoft Office files and PDFs. It ships with Samsung’s Galaxy smartphones and tablets out-of-the-box. The changelog claims that the newest version of the app now supports the Galaxy Tab S2 along with the Galaxy Tab A, thereby confirming the existence of the yet unreleased Galaxy Tab S2.

As per our previous reports, the Galaxy Tab S2 will come in two screen size variants – the Galaxy Tab S2 8.0 and the Galaxy Tab S2 9.7. It is expected to feature a Super AMOLED display with a resolution of 2048 x 1536 pixels, Android 5.0 Lollipop, 64-bit Exynos processor, 3GB RAM, 32GB storage, microSD card slot, Wi-Fi ac/b/g/n, Cat.6 LTE connectivity, an 8-megapixel rear-facing camera, and a 2.1-megapixel front-facing camera. The device will be offered in Wi-Fi only and Wi-Fi + LTE variants. It will be thinner than the Apple iPad Air, and might be announced sometime in June 2015.

The Galaxy Tab S2 will be released worldwide including the US, Canada, European markets, China, Latin America, Hong Kong, Korea, and India. 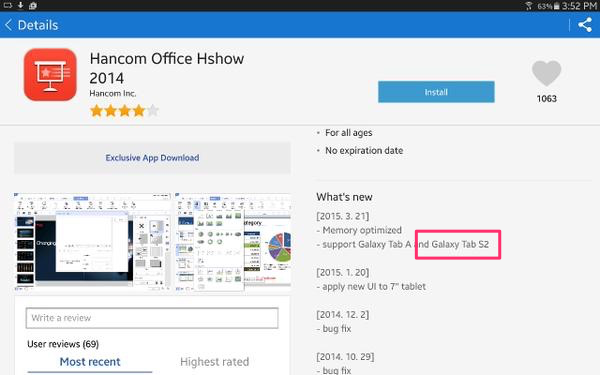