Samsung has started rolling out a minor software update to the Galaxy S6, with users reporting that it fixes the memory management issue that has been plaguing both the Galaxy S6 devices. Sporting build number G920FXXU1AODG, the update is around 138MB in size and is available in Italy (on the Vodafone network) at the moment – according to GSMArena, the phone has improved performance after the update, suggesting the issue has actually been fixed.

If you’re wondering how the improved performance is an indicator, then you should know that since the S6 was killing apps too aggressively, the phone was getting slower as many apps would have to reload when the user would go back for it. This would include things like the keyboard app as well – the keyboard sometimes take an extra second or so to show up, a lag that wouldn’t be present if the keyboard app’s process was being kept in memory continuously, as it is supposed to be.

Anyway, whether the update really fixes the problem for good remains to be seen, but it’s good to see Samsung has moved quickly to improve the experience on its latest flagships. Let us know if you have received the OTA on your Galaxy S6, and do keep in mind that you can grab the firmware from our firmware section to manually update instead of waiting for the OTA to show up.

Update: The Galaxy S6 edge is also receiving the update on the Vodafone network in the UK, and it shouldn’t be long before other regions get it as well. 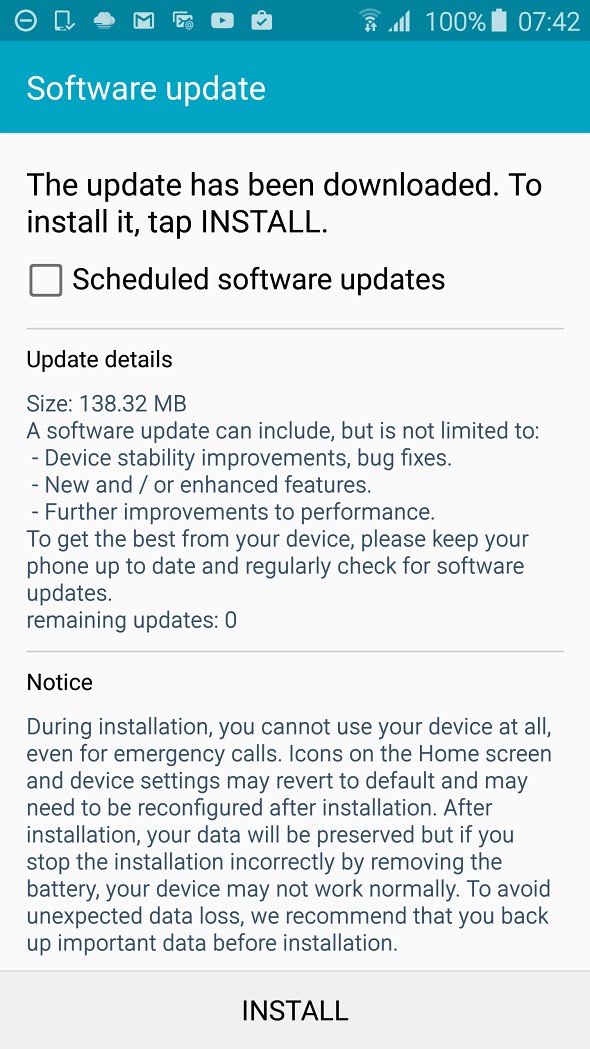