With each passing day, we’re inching closer and closer to the event where Samsung will unveil what is possibly its best flagship smartphone till date. The company is gearing up to announce the Galaxy S6 and the Galaxy S6 Edge at MWC on March 1, and the latter has now made an appearance online on the AnTuTu benchmark database under the model number SM-G925W8. The benchmark details almost all of the phone’s hardware, and if these details are accurate (they most likely are), the Galaxy S6 and its curved sibling could turn to be amazing devices that trump all other phones currently on the market.

According to the benchmark, the Galaxy S6 Edge will feature a 5.1-inch Quad HD (2560×1440) display, the Exynos 7420 CPU, 3GB of RAM, a 20-megapixel rear camera, 5-megapixel front camera, 32GB of internal storage, and Android 5.0.2 Lollipop. None of these specs are surprising except for the camera – rumors have said Samsung is sticking to a 16-megapixel camera on the Galaxy S6, though we wouldn’t be surprised if the phone comes packing a 20MP shooter given how Samsung is working on making its new flagship a force to reckon with.

The benchmark also reveals the impressive performance of the device, with the device scoring 60,978 points. That’s an indication of how powerful the Exynos 7420 is, and possibly of the optimized nature of the phone’s software, something that has been rumored all too often in the past few weeks. All in all, it’s an impressive combination of hardware, and we will no doubt see how much of it is accurate and how much is false in the days leading up to the big unveil. 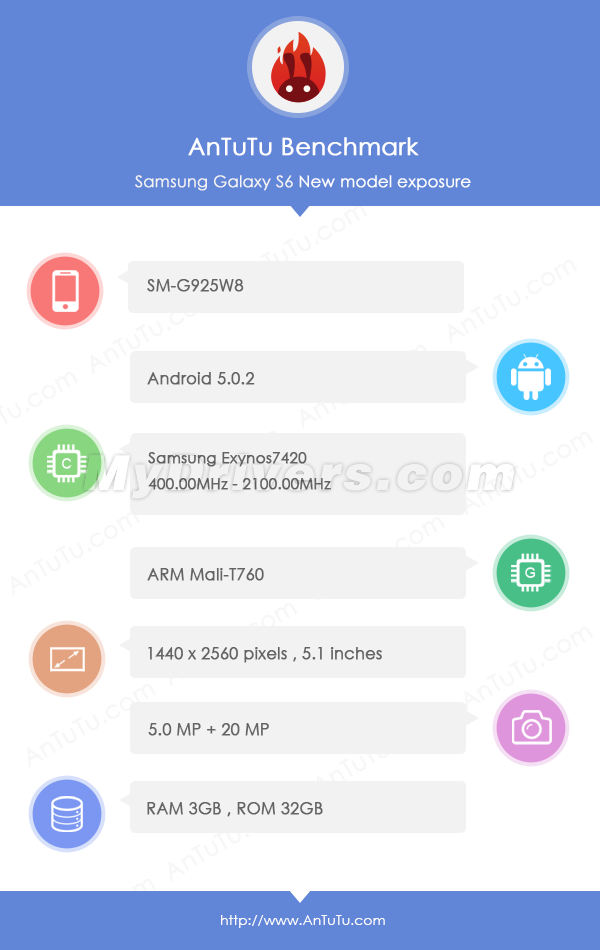 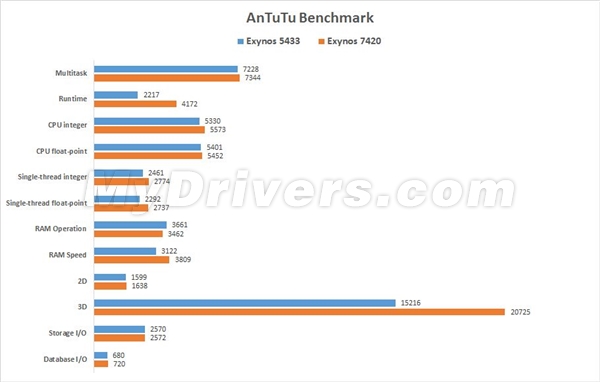