Google might be a bit late with this, but the search giant is finally updating the Galaxy S4 Google Play edition to Android 5.0 Lollipop. We gave you an exclusive preview of the update running on the device earlier at the beginning of this month, though the official update is a newer build. It’s not 5.0.1, which started rolling out to Nexus and other Google Play edition devices this week, but we’re sure that incremental upgrade won’t be too far behind.

With the Lollipop update for the Galaxy S4 GPe, you can expect to see all the standard Android 5.0 features, including the new Material Design UI, faster performance, lockscreen notifications, multi-user support, improved battery life, support for numerous new languages, and restored access to external storage for third-party apps. The update is around 500MB in size and is rolling over the air; it should soon appear on your device on its own, though you can also force it show up right away from the Settings » About phone » System updates menu.

For those that need a refresher, the standard Galaxy S4 will also be updated to Lollipop sometime next year, and you can check out our exclusive hands-on video of an early build running on the phone. 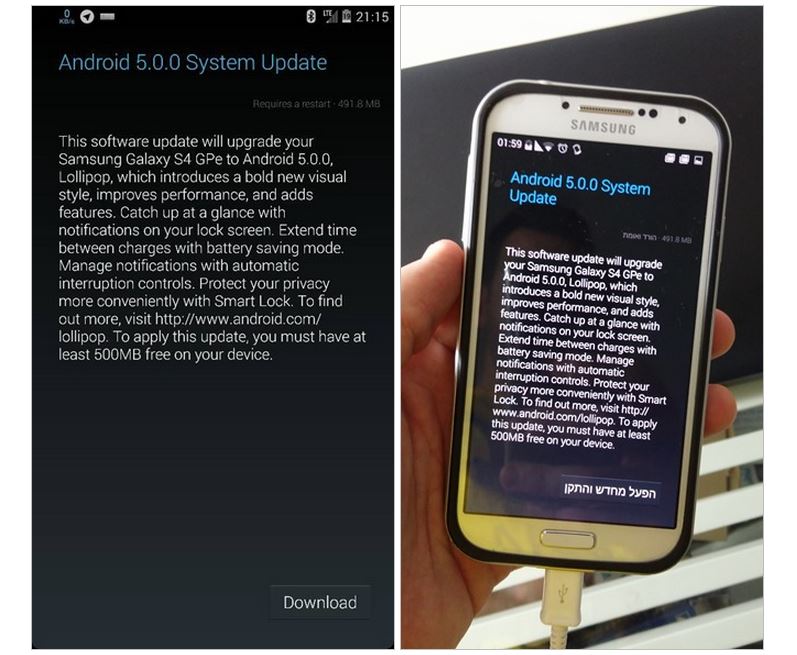