Samsung Galaxy Core Prime to be launched in India soon

The Galaxy Core Prime (SM-G360H),  which broke cover last month on the Indian e-retail store Flipkart, will be launched in India soon. An image of the official packaging of the Galaxy Core Prime has surfaced on the Internet confirming the leaked specifications and also reveals the official pricing. It features a 4.5-inch WVGA PLS LCD display, a 1.2GHz quad-core Spreadtrum SC8830 processor (or possibly a Snapdragon 410), 1GB RAM, 8GB ROM, a microSD card slot, and a 2,000 mAh battery. It runs Android 4.4 KitKat and features dual-SIM card slot, 3G HSPA+, Wi-Fi b/g/n, Bluetooth v4.0, and GLONASS A-GPS. The device feature will come with an MRP of INR 11,300 ($182) but it will sold at an MOP of INR 9,599 ($155). Another variant of the device (SM-G360P) was approved by the FCC last month.

Samsung has also launched the Gear Circle Bluetooth headphones in India for INR 5,599 ($90). It is available from Samsung’s official eStore. It features Bluetooth v3.0 with Apt-X codec, magnetic sensor, touch sensor, and 180 mAh battery. It has an ability to connect with two devices at a time and up to 8 different devices. The Gear Circle is available in black, white, and blue colours. It was officially launched three months ago along with the Gear S. 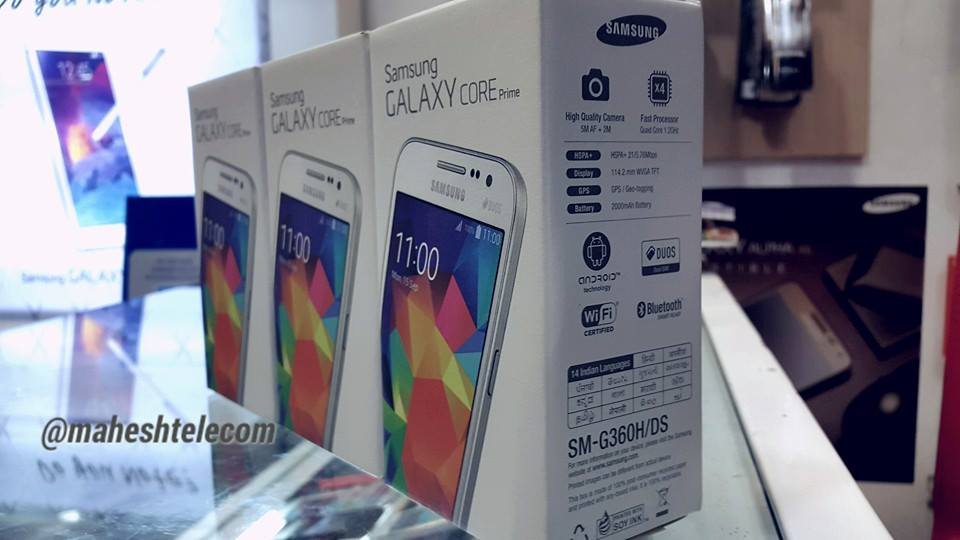 It’s a festive season in India right now, and all the popular brands and stores are offering good discou …

When Samsung released one of its entry-level smartphones, the Galaxy Core Prime, late last year with Android 4 …

Samsung has been getting really serious about turning over a new leaf this year. The Galaxy S6 and Galaxy S6 e …

The Galaxy S6 and Galaxy S6 edge might be taking up all the limelight these days, but there’s no questio …