The first Galaxy S5 firmware went online today, ahead of its global April 11 launch, and we naturally downloaded it and opened it up. Out of the many new and updated Samsung apps, the S Voice app has received a UI overhaul and is now much more accurate than previous versions, and we’ve got the official APK from the firmware right here for you to download and install on your existing Samsung device. Well, the app only works on Android 4.4.2 KitKat, so the only devices you can try it out on is the Galaxy S4 and Galaxy Note 3, the only two phones that have received an update to KitKat among the existing lineup.

Download the S Voice APK from the link below, and install it on your device just like you would any other app. Oh, and if you’re looking for other apps from the Galaxy S5, like S Note, Calculator or WatchON, get them here. 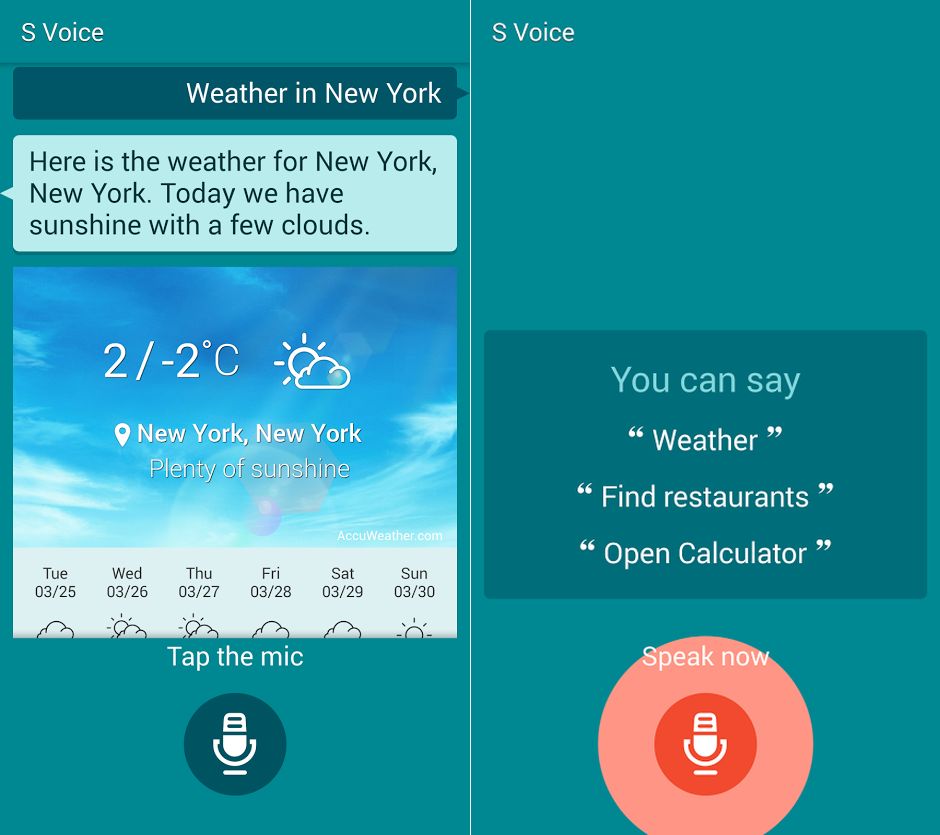 Samsung’s old S Voice assistant is being discontinued on June 1, …

If you have been using Samsung devices for long enough, you may remember S Voice. It was a voice assistant ava …