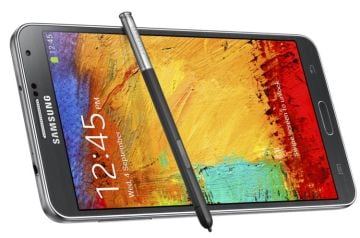 Try to be the devil and cause problems for your customers, and chances are you won’t get away with it so easily and will have to bear the backlash that ensues. For Samsung, that backlash is currently against the Galaxy Note 3 – Samsung’s region-locking tactics on its latest phablet have earned it considerable criticism, and now buyers in Germany are making their voice heard via one of the most powerful venues possible – user reviews.

Over at Amazon Germany, the Note 3 currently holds around 65 5-star ratings, but those are dwarfed by over 120 1-star reviews, with most of them pointing out the region lock that the device comes with. It has been said that the region lock is to reduce the number of grey imports of the device and that activating the device with a local SIM removes the region lock, but the reality has been different for a lot of users. Now, these negative reviews mean that those looking to buy the Galaxy Note 3 will be a bit hesitant after reading what others think, which is ultimately going to be a problem for the Korean manufacturer.

Some reviews also mention the fact that the Note 3 comes with a few pre-loaded software that can’t be disabled, such as Flipboard and My Magazine. On previous devices, most of the pre-installed stuff could be disabled, but, as we ourselves found on our Note 3’s, this isn’t the case anymore. Rooting and freezing unneeded apps is one solution to this, but since rooting is causing a permanent warranty void on the Note 3, it’s not a solution one would want to use.

In the end, we can only hope that Samsung takes a good look at what the customers want and what they’re complaining against, and mend their ways accordingly. Otherwise, all we can do is vote with our money and refrain from buying the Galaxy Note 3 (and any future flagship that comes with these irritating restrictions), and hope that will force the company to start listening to the consumers.