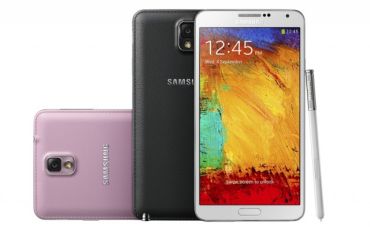 Well, it looks Samsung is following in HTC’s footsteps and finding ways to make it hard for users to root and flash custom software on its devices. According to well-known developer Chainfire, the Galaxy Note 3 comes with eFUSE technology for the KNOX security suite. What is eFUSE? Well, it’s a technology that allows reprogramming a read-only memory chip in real-time, even though such chips come with hard-coded code that cannot be generally changed after manufacturing.

When flashing unofficial software on the device, the status of the system and KNOX is switched to CUSTOM while increasing a binary flash counter, which helps Samsung find out whether the device has been tampered with. However, while Chainfire’s TriangleAway app has let users switch the status back to official and reset the flash counter until now, the KNOX status is based on eFUSE – basically, once you flash custom kernels or root the Note 3, the KNOX code gets rewritten, and this constitutes hardware damage.

Apparently, Samsung service centers have been instructed to check the KNOX status, which if tripped will void all warranty. Chainfire mentions there is a “possible hack to reset the write protection on the flash storage so we can reset some values,” but says that it will be difficult to write and has little chance of working even if it gets written, so it looks like those wanting to tinker with their Galaxy Note 3 will have to void all warranty at this point, or stick to Samsung’s official software.

After the region lock (which has been bypassed by Chainfire), this is yet another stupid stunt Samsung has pulled off, one that is going to make things difficult for the development community and for everyone wanting to get more out of the Galaxy Note 3. We’re sure Chainfire or another developer will find a way to get around the KNOX status issue, but for now, it’s best to stick to the default software.

Hit the source link for more details on Chainfire’s findings.