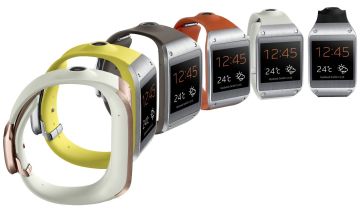 Samsung has started rolling out firmware for the Galaxy Gear (SM-V700), a few days after releasing kernel sources for the smartwatch, and now those firmware are available for download from our firmware section. Samsung seems to have released firmware for most nations the Gear is available in, though for now there’s no saying what the flashing procedure on the Gear is going to be (if I were to hazard a guess, it will be the same old download mode that we find on every Samsung device, with a long press of the volume down and power buttons for gaining access).

An odd thing about all the firmware is that they’re all based on Android 4.2.2. Is it possible the Galaxy Gear is running on 4.2.2 instead of 4.3 as is widely believed? It certainly could be the case, and would explain why it is compatible with the Galaxy S4, despite Samsung saying otherwise. Android 4.3 could just be for the sole reason of adding Bluetooth 4.0 LE support, which reduces the power required by the device when using Bluetooth, in turn resulting in longer battery life).