Samsung speaks out against allegations of benchmark-rigging 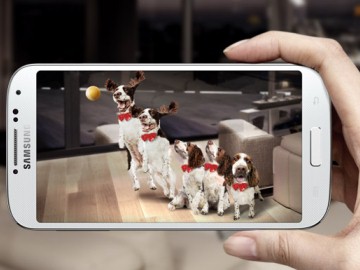 Less than a day after Samsung was said to be using tweaks to make the Galaxy S4 score higher in benchmarks (by increasing the clock speed of the GPU when a benchmark app is launched), the company has officially responded to the allegations, saying that they are not doing anything suspicious to make the device stand out in benchmarks.

Here’s the statement they provided:

The maximum GPU frequencies for the Galaxy S4 have been varied to provide optimal user experience for our customers, and were not intended to improve certain benchmark results.

We remain committed to providing our customers with the best possible user experience.

Well, it does make sense to allow full screen apps to take as much power from the GPU as possible. However, code was found specifically mentioning certain benchmark apps that get the higher GPU clock, something which Samsung didn’t address in its response, so we’re not sure we believe the company in this case.

But anyway, if you enjoy using your device, then these benchmarks don’t ultimately matter, though it would be great if Samsung could come clean and let their devices be known on their real-life merits, instead of going around tweaking stuff to just get better scores in reviews.