Today, SamMobile received new information regarding Samsung’s upcoming Galaxy Note III smartphone. According to our trusted insider, the Galaxy Note III will be Samsung`s most wanted device, it will sell like hot cakes. The Galaxy Note III from Samsung will have a 5.99” Full HD Super AMOLED display with diamond pixel structure, which is the same one used in the Galaxy S4. The next generation Galaxy Note will have a 13 megapixel camera, an Exynos 5 Octa-Core processor, Mali 450 GPU with 8 cores and 3 GB of RAM. The device will run on the latest version of Android which could be Android 4.3. Of course Samsung will use their own Touch-Wiz interface on it but with more smart features. The size of the Galaxy Note III will be the same as the Galaxy Mega 5.8 but with a smaller bezel as Samsung did before with the Galaxy S3 / S4. The build of the device isn’t decided yet as Samsung isn’t sure if the flexible displays will be ready around that time. If not Samsung will choose the new design without using flexible displays. The same design as the Galaxy S4 is also one of the possibilities. 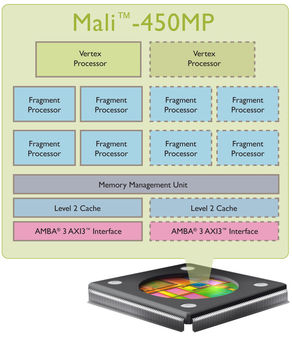 The next generation Galaxy Note device is expected around August / September and could be announced at IFA 2013 in Berlin! Last year, Samsung announced the Galaxy Note II in Berlin too. Galaxy Note II has a 5.55” Super AMOLED HD display, Quad-core processor 2 GB of RAM and a 8 megapixel camera. The device itself runs Android 4.1.2 but will receive updates to Android 4.2.2 and higher.

We know this insider has a nice track of good information before at SamMobile, even though we ask you to take this news with the usual pinch of salt as nothing has been confirmed yet.