Did Samsung just tested the next Galaxy S based on low specifications?
It seems so… The GT-I9400 just leaked through nenamark 2 benchmark. Of course, we have to say the leaked specifications looks absolute fake as Samsung will not use a WVGA resolution display or a dual core processor inside the next generation device of the Galaxy S. The good thing here is that Samsung has finally started to do Software tests on their next flagship device.  (If GT-I9400 is the next Galaxy S) The first test firmware of the Samsung Galaxy S III GT-I9300 showed up in December. So yes, Samsung is right on time for May 2013!
Reminder, the first Galaxy S III firmwares were also tested on a device with a resolution of 480×800 and a dual-core processor.
So the picture below tells nothing!

The name Galaxy S IV/Galaxy S4 isn’t sure… The number 4 is bad luck in South Korea….

We wil keep you infirmed if Samsung tests on more benchmark applications and leak new information.

Special thanks to Daki from AndroidSlash.ch for tip. 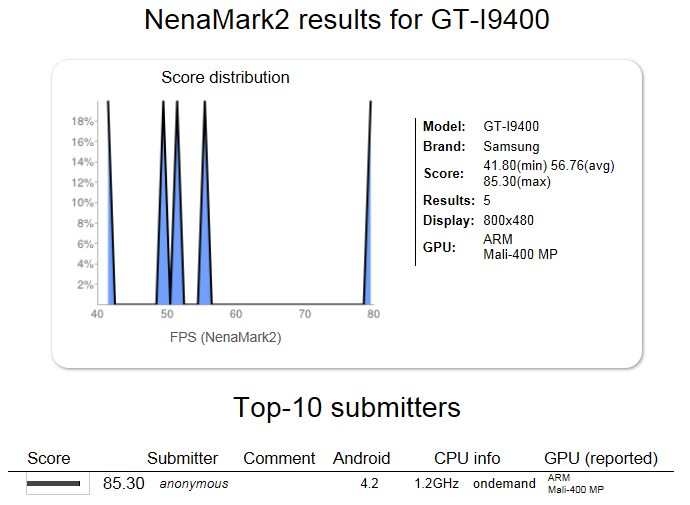 Samsung Galaxy Ace 3 makes an appearance in benchmark, Android 4.2.2 a …