Few days ago, an image taken by the Samsung “GT-I9507” showed up on Picasa servers, but as EXIF data can easily be manipulated we weren’t sure if the GT-I9507 was real or not. However, while searching through GLBenchmark’s database we came across a benchmark which apparently is of the GT-I9507.

We have confirmed with our insiders, this device does indeed exist and is a Galaxy S4 variant, though we weren’t able to confirm if this was region-specific or carrier-specific. 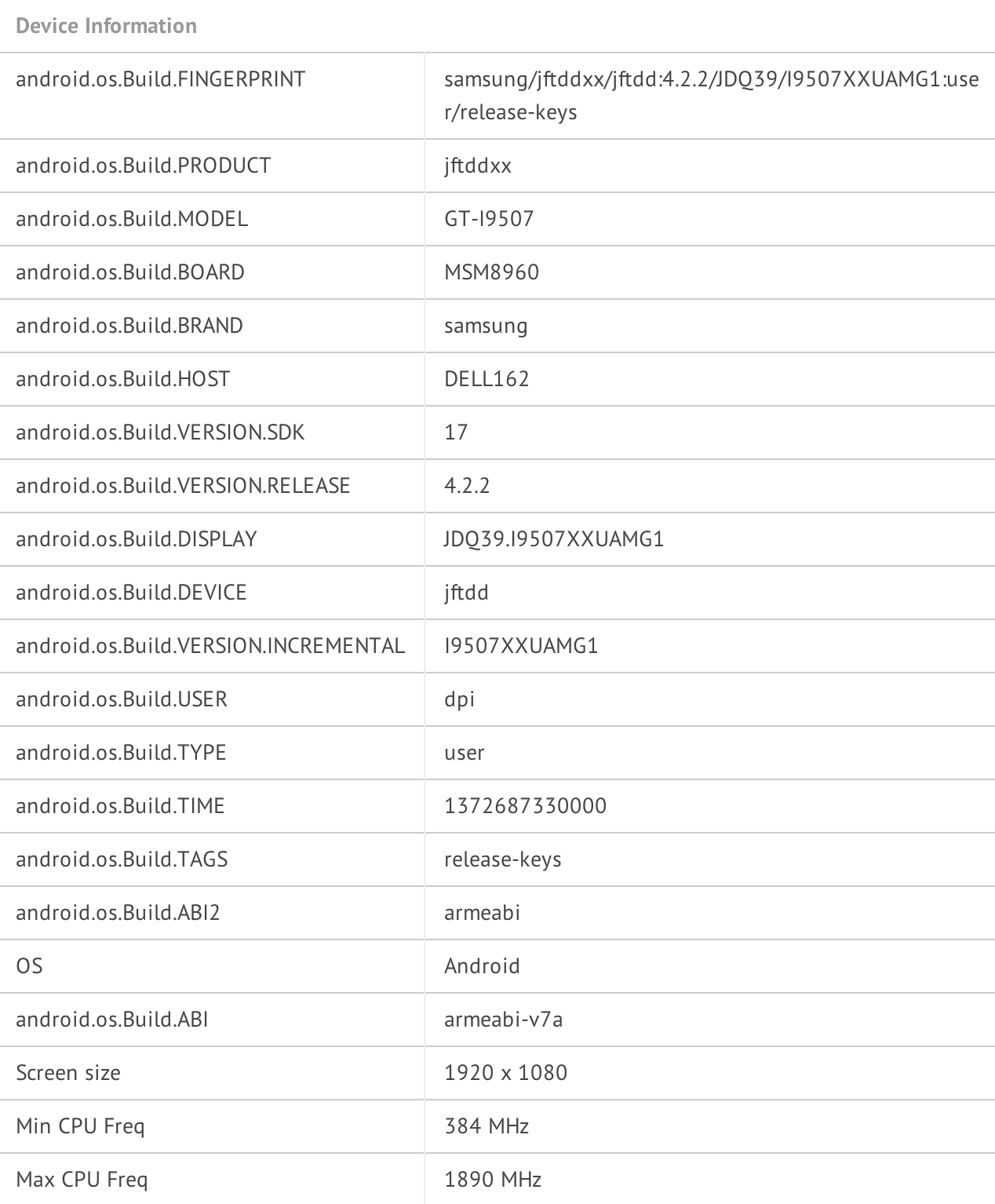 According the benchmark, the device will feature a Full HD 1080p display, Quad-Core Qualcomm Snapdragon 600 SoC with a clock speed of 1.9GHz, Adreno 320 GPU and will run on Android 4.2.2 (Jelly Bean). The device will also support LTE connectivity, as well.

GT-I9507 looks a lot similar to the international-LTE Galaxy S4 variant (GT-I9505), so this eventually might just be a carrier-specific or region-specific variant. We will update you folks as soon as we get some new information about this upcoming variant.

Are Samsung looking to release an affordable version of S4? A 3GB version and the SoC is the tradeoff? Maybe some sort of a dual SIM version?