Here you will find the latest news and most recent developments on the Samsung Galaxy Tab S 8.4, with regular updates and all the information you need. 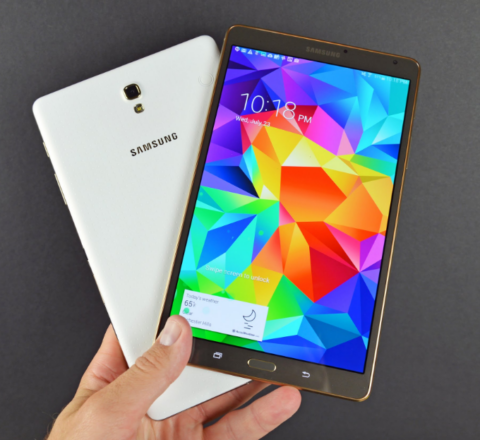 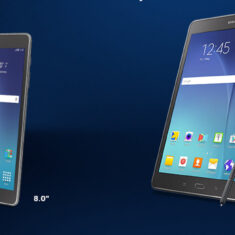 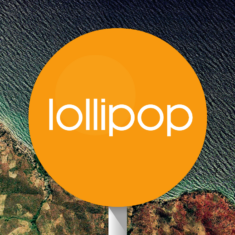 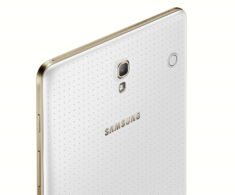 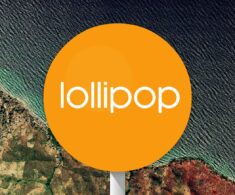 The Galaxy Tab S 8.4 is finally making the jump to the latest version of Android, a month after its larger counterpart received the update. Lollipop is now rolling out to the Wi-Fi variant of the tablet, and like most of the updates released by Samsung, this one is based on Android 5.0.2. That’s rather […]

The Galaxy Tab S, unveiled last August, is eight months old now but is still a stellar tablet to own. Not only was it thin and light (a point Samsung emphasized in its New York “Tab Into Color” presentation), it comes with the company’s trademark AMOLED display with a “super AMOLED” resolution. Samsung produced two […]

We gave our readers an exclusive preview of Android 5.0 Lollipop running on the Galaxy Tab S earlier this month, and it seems Samsung is now offering an official preview of the same to those who are visiting MWC. We came across the Galaxy Tab S tablets on display at the event, and both the […]

If you live in Germany, you now have the opportunity to buy both the 8.4 and 10.5-inch variants of the Galaxy Tab S at €100 less than their actual price tags, thanks to a new promotion that Samsung has kicked off in the country. Valid till February 15 and open to those 18 years of age or […]

US buyer ends up purchasing Galaxy Tab S 8.4 from Verizon… which was never released!

Many regard the Galaxy Tab S to be one of the finest Samsung tablets out there, thanks to the decently-powerful processor and the Super AMOLED screen which is a treat to look at. Five months back, the device started showing up with LTE capabilities in the US for all of the four major carriers in […]

NTT Docomo, which is one of the key telecom operators in Japan, has announced three new devices from Samsung as a part of their winter line-up; the Galaxy S5 Active (SC-02G), Galaxy Note Edge and Galaxy Tab S 8.4. The Galaxy S5 Active, which was restricted to the North American market, will now be available in the Japanese […]

The Galaxy Tab S lineup has been touted as being the best tablets Samsung has ever produced, especially when you consider those beautiful Super AMOLED displays. Now, AT&T users have the option to pre-order the LTE variant of both the 10.5-inch and 8-.4-inch Galaxy Tab S. The Galaxy Tab S 10.5 will be available in Charcoal Gray […]

After mocking the iPhone 6 in a video last week, looks like Samsung has decided to keep it cool for some time. The latest video advertisement from Samsung shows how the Galaxy Tab S 8.4 and the Galaxy Tab S 10.5 have become an inseparable part of Kristen Bell and her husband, Dax Shepard’s life. Both, Samsung […]

In this age of online shopping, fewer and fewer people actually leave their house in order to buy things. Unsurprisingly, there is a large contingent of U.S. shoppers that are unaware that Samsung actually has a physical store presence, called Experience Shops. These shops – more than 1,400 of them – come as a result […]

Samsung has officially announced its new Super AMOLED tablets, the Galaxy Tab S 8.4 and Galaxy Tab S 10.5, for the Indian market. The launch in India marks the debut of the data-enabled variants of the Galaxy Tab S slates, and both tablets will go on sale in the country from the second week of […]

The Galaxy Tab S, Samsung’s new premium line of tablets with impressive Super AMOLED displays, is now available for pre-ordering in South Korea, two weeks after its pre-order debut in the US. Samsung hasn’t revealed what pricing the two tablet variants will carry, but it should be similar to how the tablets are priced in […]

Only a few hours after the Galaxy Tab S was officially announced, Samsung US has started taking pre-orders for the Super AMOLED display-toting tablet. The Wi-Fi version of both 8.4-inch and 10.5-inch variants can be pre-ordered in white or bronze colors, with the former priced at $399.99 and the latter at $499.99. As far as accessories […]

After months of rumors and leaks, the Galaxy Tab S was finally made official by Samsung at its Galaxy Premiere event. The Galaxy Tab S marks Samsung’s return to using AMOLED displays on a tablet, after a one-time experiment with the Galaxy Tab 7.7 back in 2011. Compared to the Galaxy TabPRO and Galaxy NotePRO […]