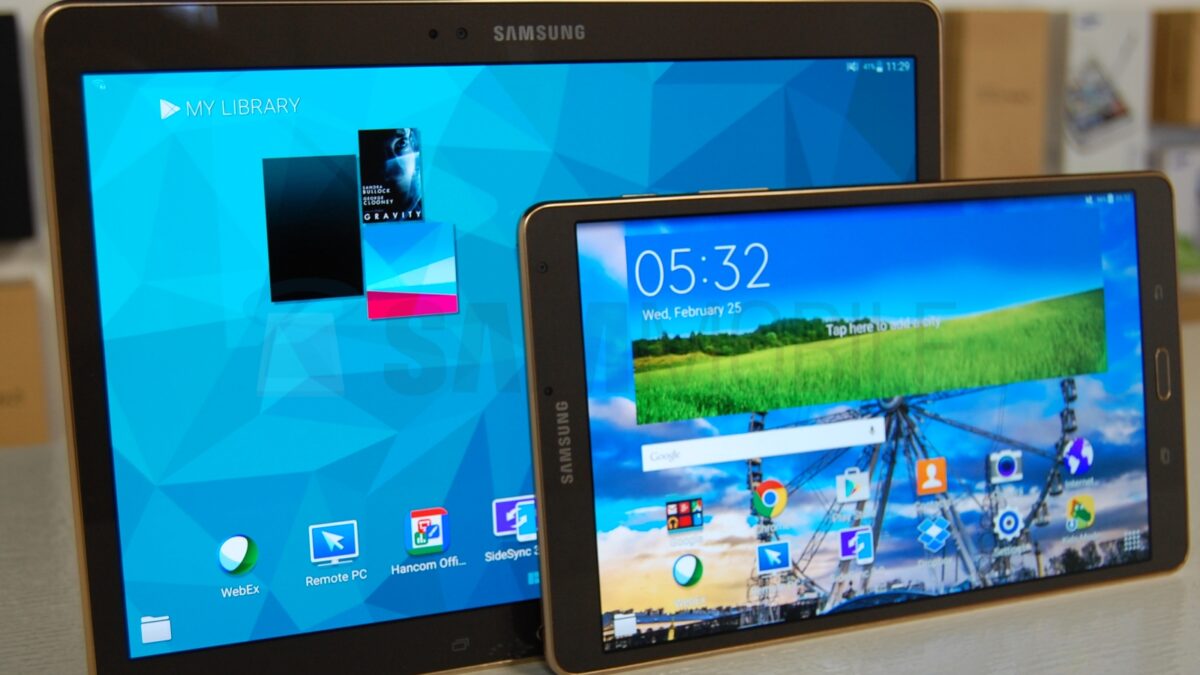 The Galaxy Tab S 8.4 is finally making the jump to the latest version of Android, a month after its larger counterpart received the update. Lollipop is now rolling out to the Wi-Fi variant of the tablet, and like most of the updates released by Samsung, this one is based on Android 5.0.2. That’s rather disappointing considering the test build we previewed back in February ago had the same OS version, so we’re certainly hoping Samsung will move to update its devices to Android 5.1 and newer iterations of Lollipop sooner rather than later.

Coming back to the Galaxy Tab S 8.4, it’s the same routine as before. The update will be available over the air, through Samsung Kies, and also through our firmware section for those who aren’t keen on waiting. Do check out Lollipop in action on the tablet in the video below, and remember to be patient as these updates always go out in a phased manner and can take time to show up on your particular device.