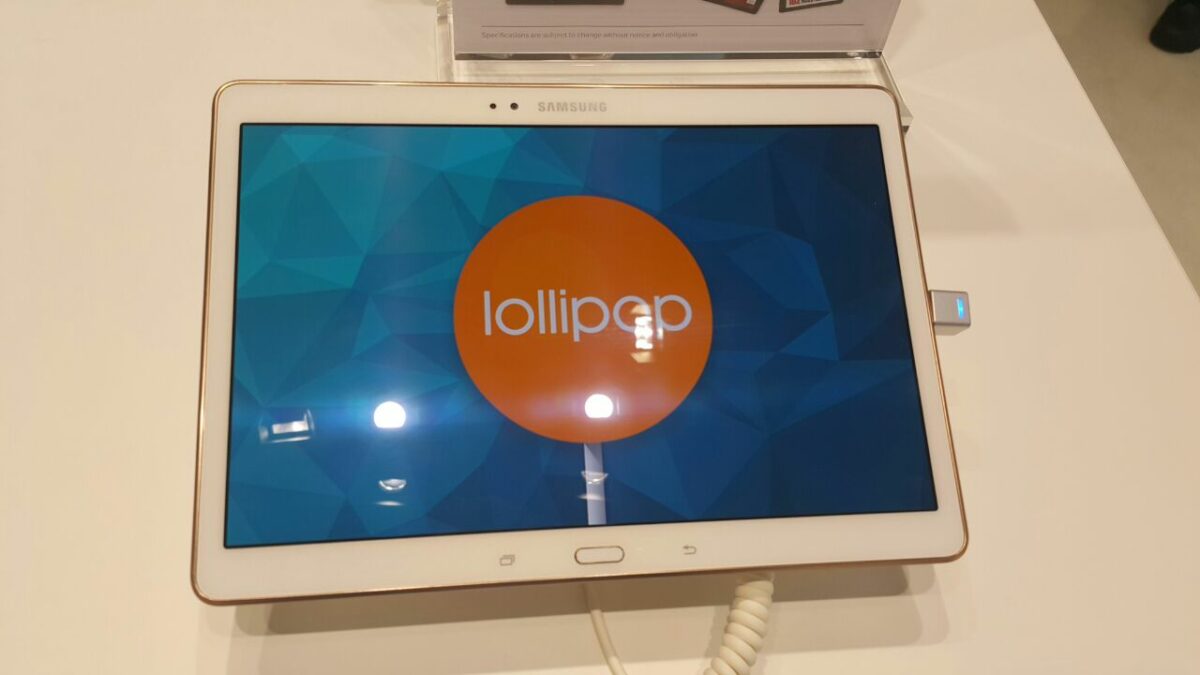 We saw the Galaxy Tab S being showcased running Lollipop at MWC earlier this month, and Samsung has now started pushing out the update to the 10.5-inch variant of its Super AMOLED display-toting tablet. Based on Android 5.0.2, the update is rolling out in numerous regions – it is currently live in the US, Canada, and France, though only the Wi-Fi variant is on the receiving end at this time.

We gave our readers an exclusive look at a pre-release Lollipop build running on the Galaxy Tab S 10.5 earlier this year, and you can expect the final version of the update to not be too different in terms of the features and improvements that the latest version of the OS brings along (including an updated UX with Material Design touches, lockscreen notifications, and improved performance.) If you’re in the US, the update should be making its way to your tablet as a 930 MB OTA package; for other regions, you can either wait for the OTA to show up, upgrade using Kies, or download the firmware from our firmware section and flash it manually.

It remains to be seen when the Galaxy Tab S 8.4 and the LTE variant of the Tab S 10.5 will get Lollipop, though we reckon it won’t be too long given the pace at which Samsung has been updating its huge device lineup to Android 5.0. 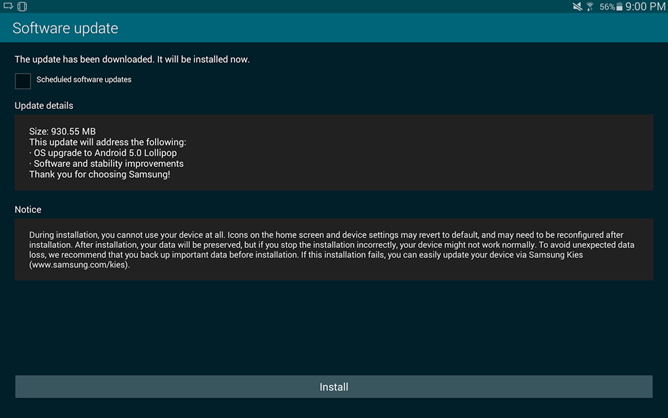