If you live in Germany, you now have the opportunity to buy both the 8.4 and 10.5-inch variants of the Galaxy Tab S at €100 less than their actual price tags, thanks to a new promotion that Samsung has kicked off in the country. Valid till February 15 and open to those 18 years of age or older, the offer will get prospective consumers a €100 cashback after they have purchased either tablet – both the Wi-Fi and LTE variants are included in the promotion, though only the 16GB variants are on sale through the scheme.

The Galaxy Tab S 8.4 and 10.5 feature 2560×1600 Super AMOLED displays, an Exynos 5433 or Snapdragon 800 processor depending on whether it’s the Wi-Fi or LTE variant, 3GB of RAM, 8-megapixel rear cameras, a microSD slot for expandable storage, 2-megapixel front-facing cameras, a fingerprint sensor, and Android 4.4.2 KitKat with Samsung’s Magazine UX. Be sure to read our review of the two tablets to find out if they are worth a purchase, if that €100 discount isn’t enough to persuade you in their favor. 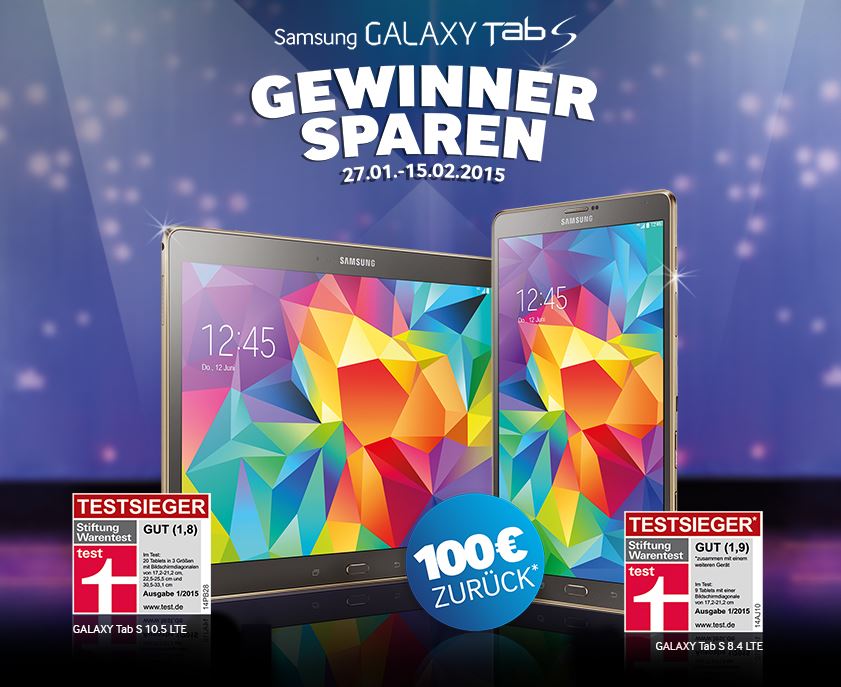