US buyer ends up purchasing Galaxy Tab S 8.4 from Verizon… which was never released!

Many regard the Galaxy Tab S to be one of the finest Samsung tablets out there, thanks to the decently-powerful processor and the Super AMOLED screen which is a treat to look at. Five months back, the device started showing up with LTE capabilities in the US for all of the four major carriers in the country — Verizon, AT&T, T-Mobile and Sprint. However, three out of the four carriers launched the device only in its 10.5-inch avatar, with AT&T being the only carrier to offer it in 8.4-inch. Verizon did show signs of doing the same, but for some reason, the tablet never showed up on the market despite getting a go-ahead from the FCC.

However, a particular user — docchaos of XDA — managed to purchase the device from a non-corporate Verizon Wireless dealer on December the 1st, 2014. The tab was offered to him at US$99 on contract when taken with another phone. What’s more, the tablet comes with a Snapdragon SoC rather than an Exynos one (which means it has support for both GSM and CDMA networks) as offered by AT&T, so you’re certain it isn’t just the same device in different packaging. Now, no one really knows how or why the tablet got to the store. Regardless, it’ll create a headache for Verizon to find and plug the leak. 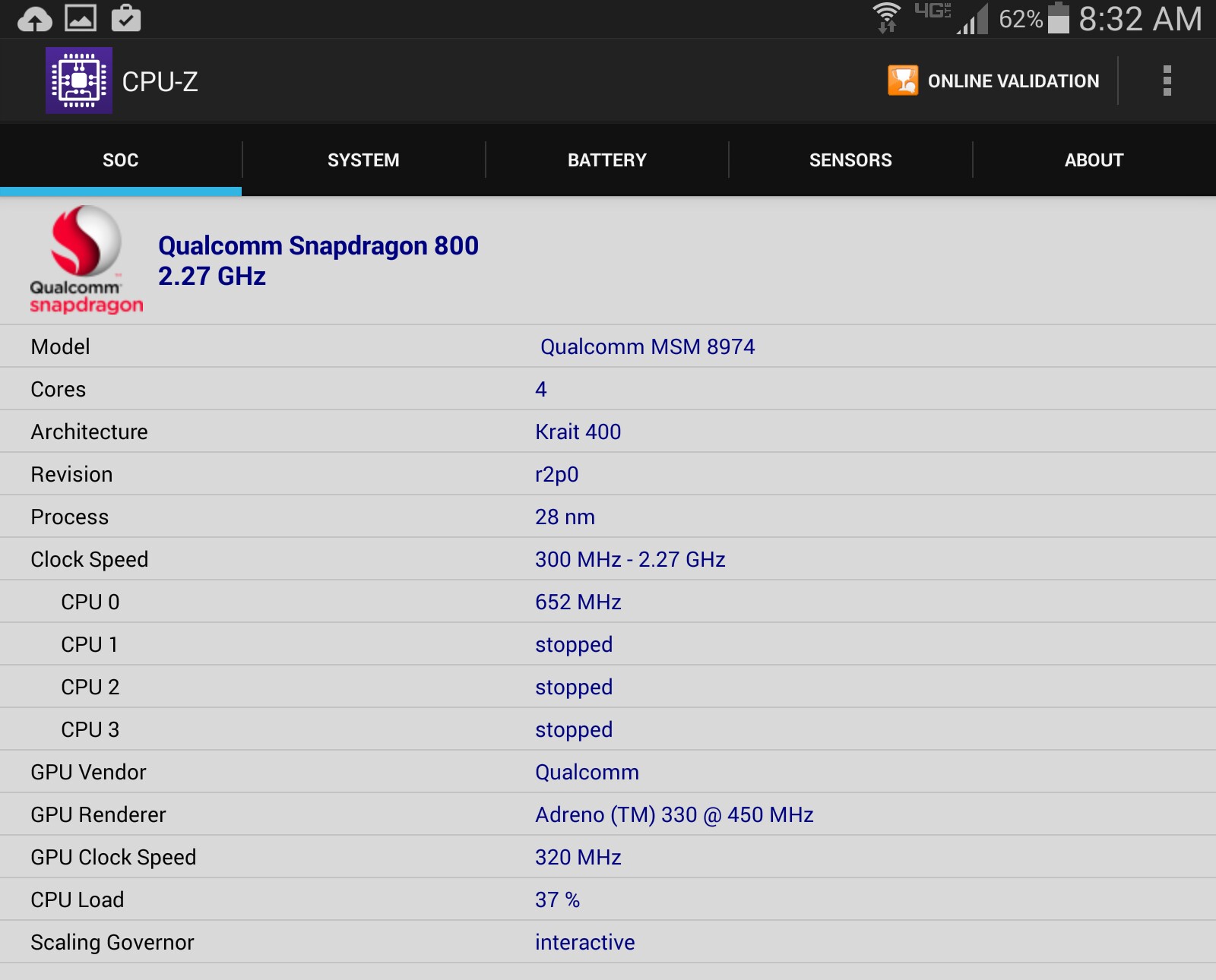 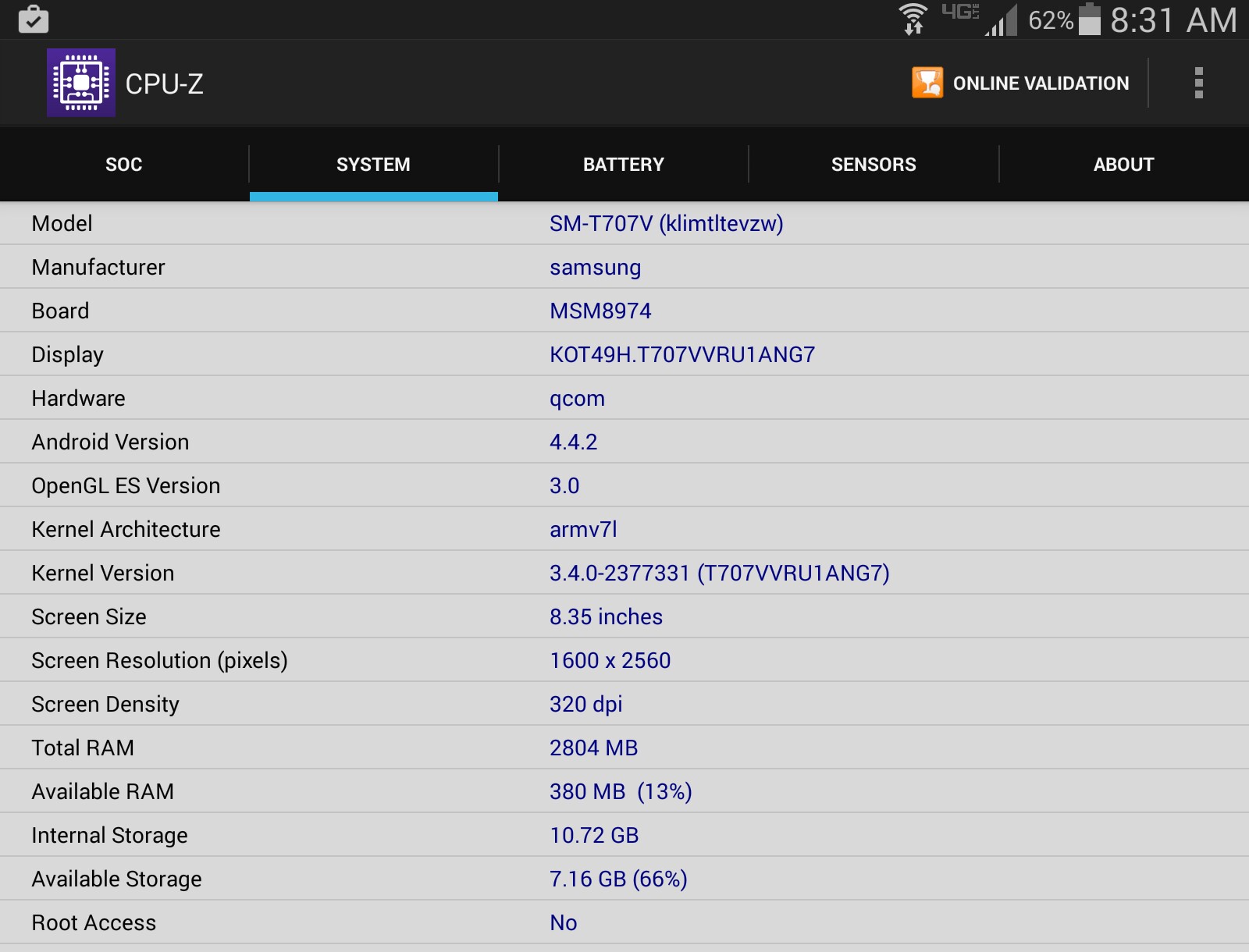 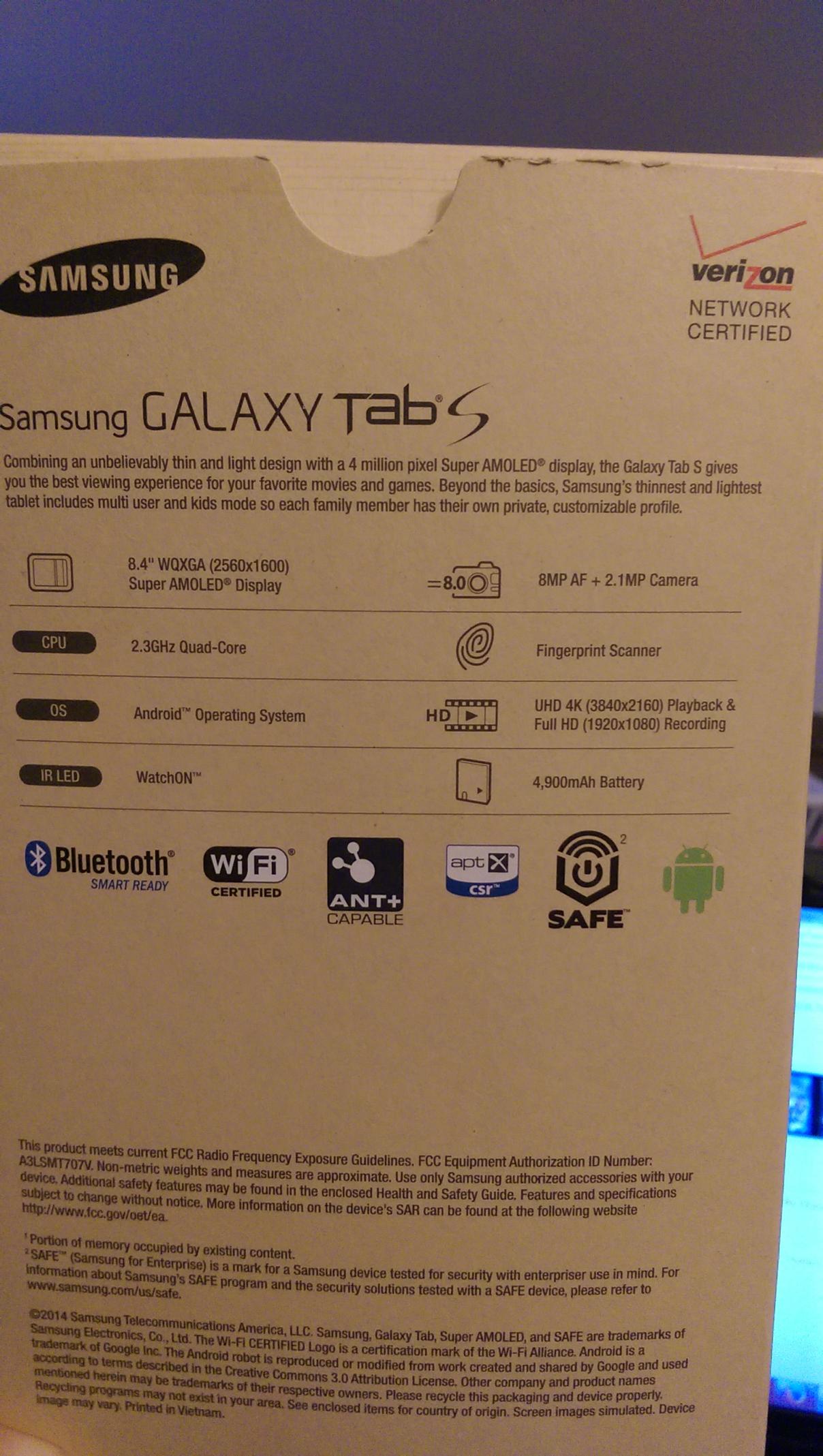