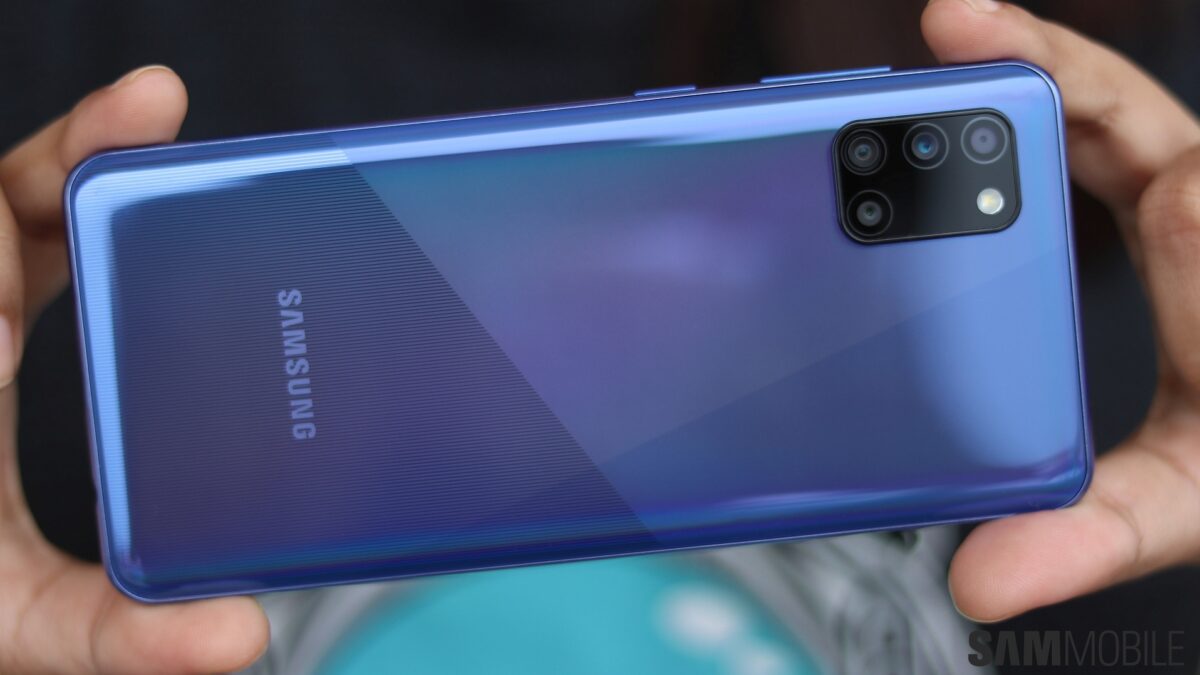 Last year, Samsung launched a number of smartphones in the Galaxy A series targeting all kinds of price points. The Galaxy A30 was among the first smartphones to be launched in the new lineup, but it flew under the radar as customers flocked to the more appealing Galaxy A50 or to something like the more affordable Galaxy A10.

Galaxy A31 first impressions: Exynos is out, MediaTek is in 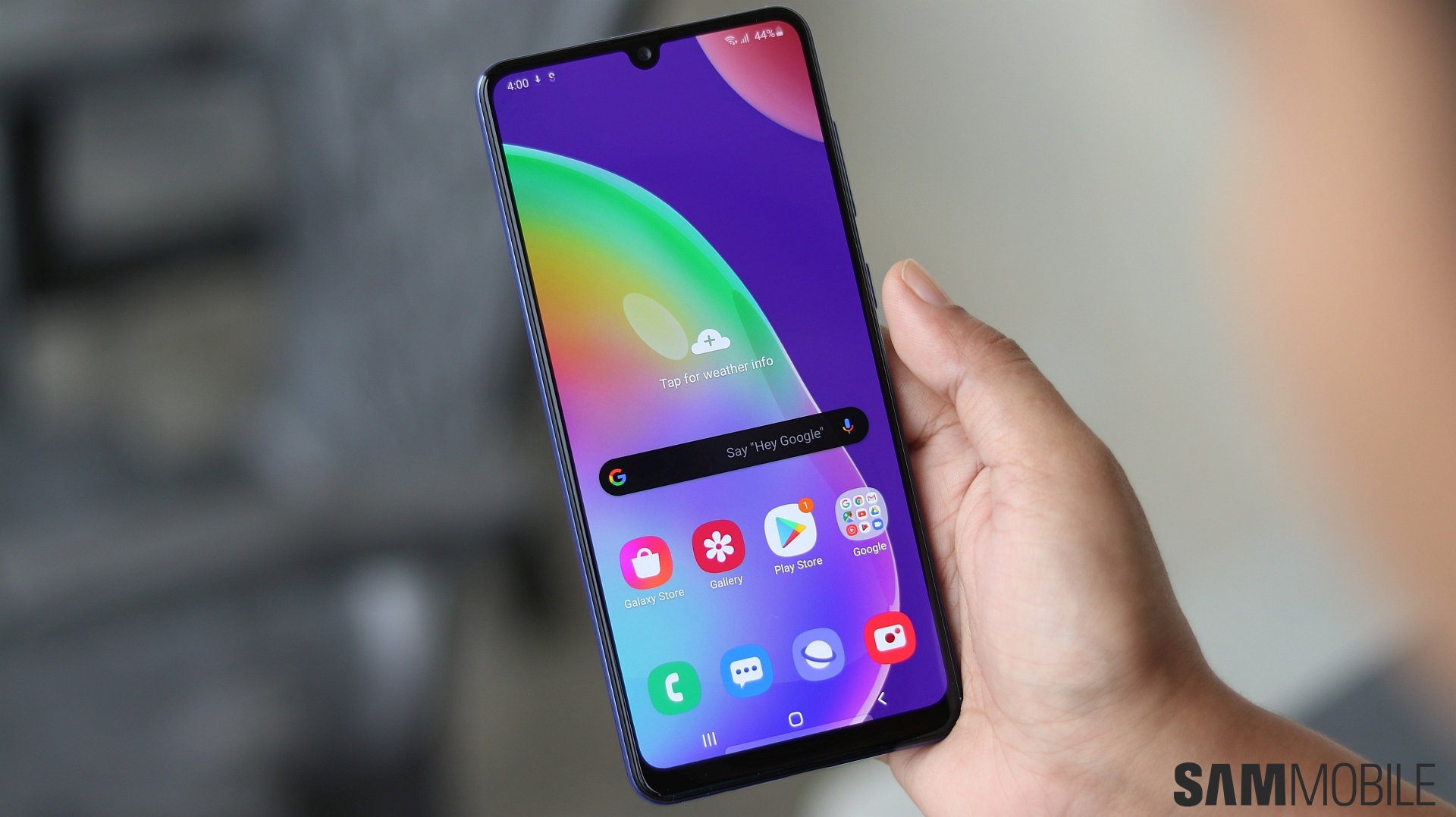 The Galaxy A31 — along with the Galaxy A41 — is unique for having a MediaTek processor under the hood instead of Samsung’s in-house chip. It is powered by the MediaTek Helio P65 processor, which sits somewhere between the Exynos 9611 that powers the Galaxy A51 and the new Exynos 850 that recently made its debut with the Galaxy A21s.

This isn’t Samsung’s first tryst with MediaTek, but it is the first time we’re seeing fairly mainstream Galaxy A smartphones featuring a processor from the Chinese chipmaker. MediaTek chips have never been known for their performance, but neither have Samsung’s non-flagship Exynos chips. As such, we’re very interested in seeing how the Galaxy A31 performs compared to devices like the Galaxy A51 or one of Samsung’s affordable Galaxy M smartphones, such as the Galaxy M30s and Galaxy M31.

In the short time we’ve had to play with the device, performance seems to be slightly better than the Galaxy A51, with faster app opening times being noticeable in particular. Gaming performance is something we will need to test out thoroughly before we can pass judgement, though at least Call of Duty doesn’t have the option to set the graphics to anything but the lowest setting, so you might want to temper your expectations if gaming is one of your primary use cases.

One UI 2.1 out of the box, but a limited feature set 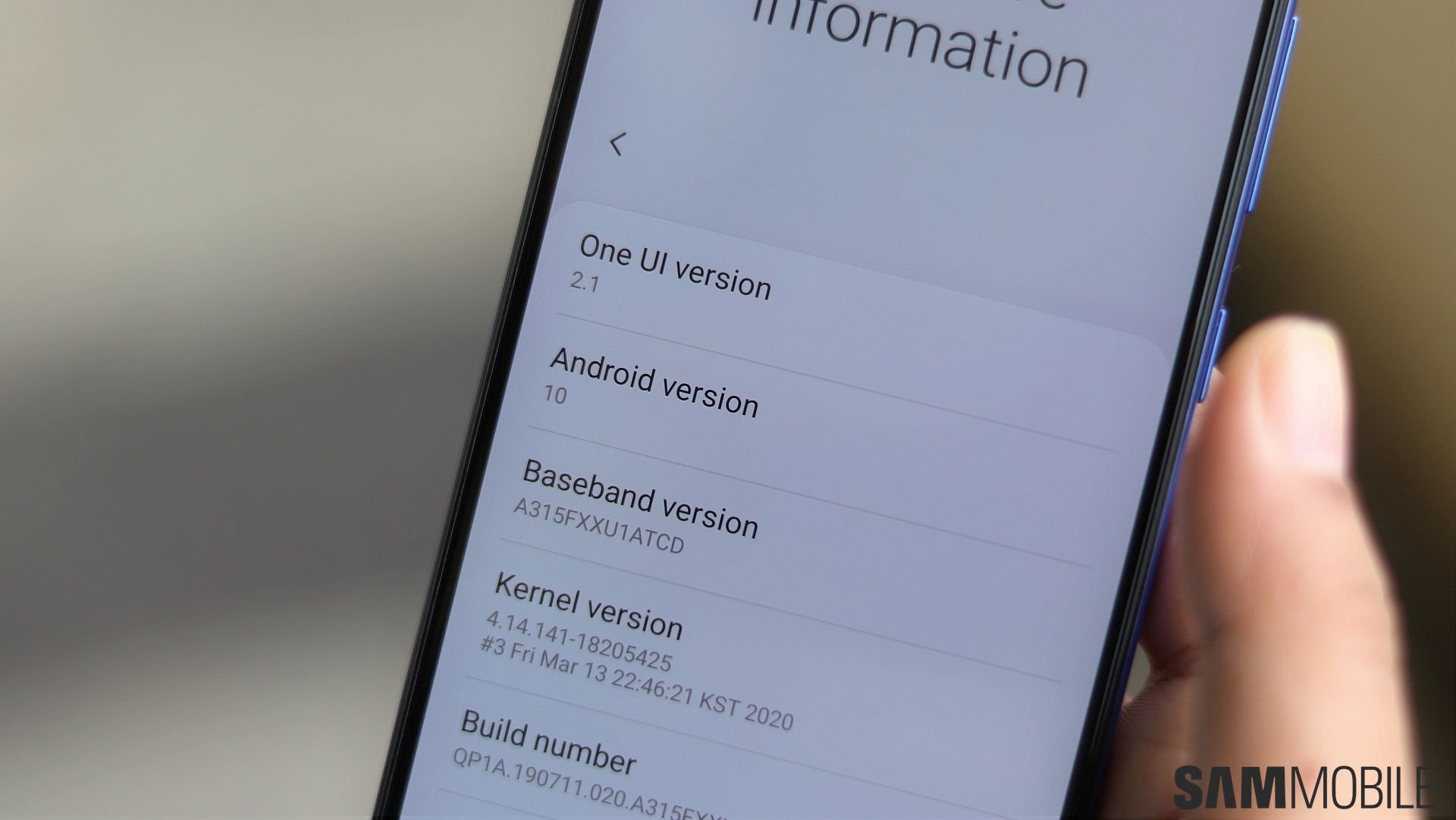 The Galaxy A31 is among the first devices from Samsung, other than the Galaxy S20 series, to run One UI 2.1. Being a lower mid-range phone, it doesn’t have all the One UI 2.1 features – the only ones we can see are Quick Share and Music Share. The A31 also misses out on features like Bixby Routines and a screen recorder, and the camera app lacks modes such as slow motion and hyperlapse, which are available on plenty of cheaper phones from Samsung.

The Galaxy A31 does have the Edge screen feature for some reason, and we can only assume Samsung is randomly picking up features it wants to offer on each of its new Galaxy A phones. And with the A31 priced higher than the Galaxy A50 was in markets like India, the lack of some of the best One UI features may not sit well with all customers. 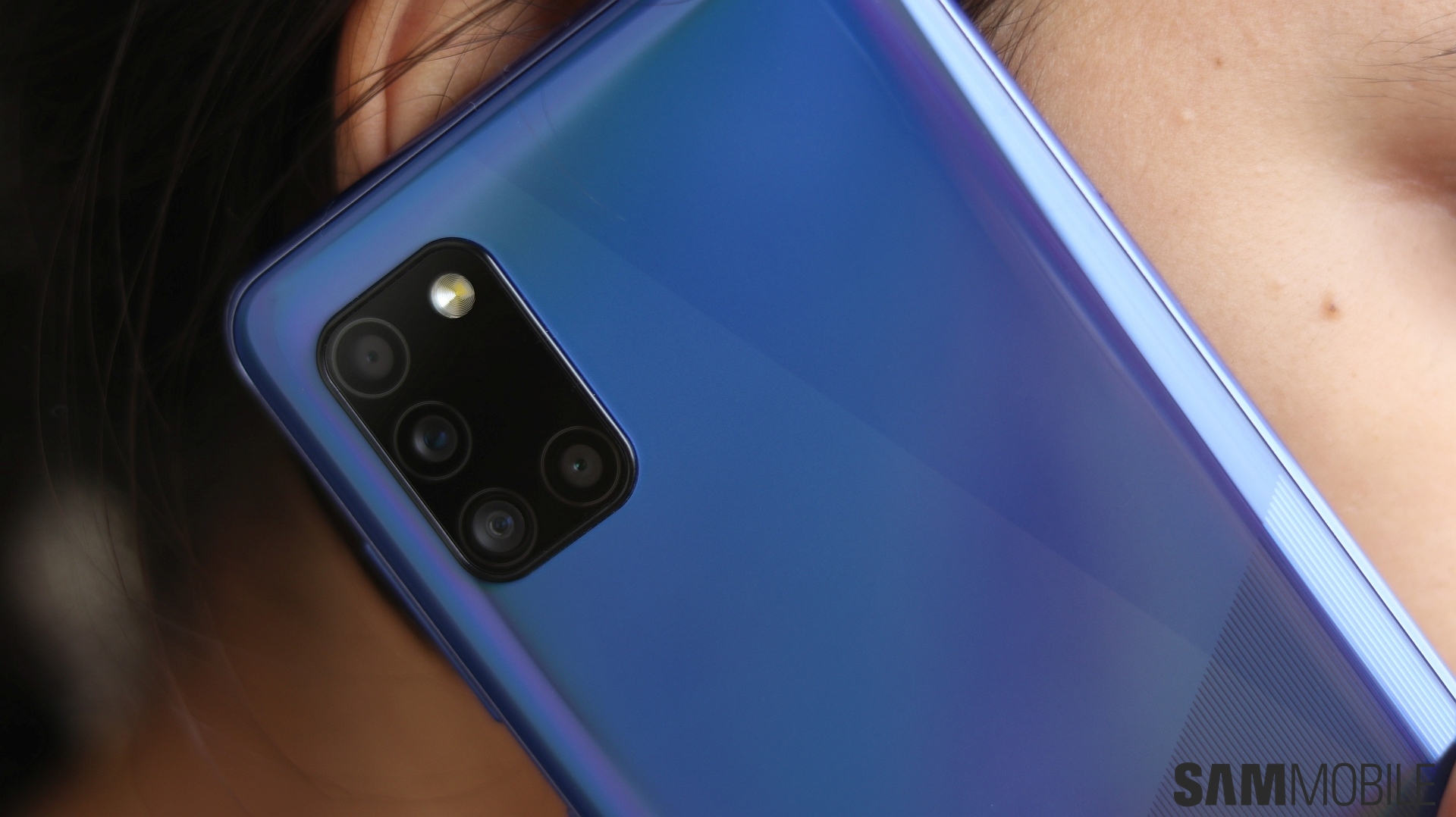 The Galaxy A31’s design is very attractive. It’s got the same crisscross prism-like pattern at the back as the Galaxy A51, and the dark blue variant Samsung sent us looks very pretty. Up front, however, there’s not much of a change. The A31 still has a waterdrop notch and a fairly large bottom bezel, and while that doesn’t look bad, it’s not as refreshing as the Galaxy A51 is compared to the Galaxy A50.

The display is an AMOLED panel so you are guaranteed amazing color reproduction, wide viewing angles, and deep blacks. The A31 also has the same optical in-display fingerprint sensor as the Galaxy A51. It’s a major upgrade over the optical sensors Samsung used last year for its mid-range phones, and out of the box, it feels quite fast and accurate, especially for the A31’s asking price.

Our initial impression of the Galaxy A31 is that it’s a pretty good deal all things considered, but we will have to spend more time with the device before we can tell you if it’s a phone you should buy and to test aspects such as battery life and camera quality. As mentioned earlier, we are especially interested in seeing how the MediaTek processor affects the user experience compared to phones powered by Samsung’s Exynos chips, and we’ll let you know our findings in our full review in the coming days.

The Galaxy A31, which usually gets one security update every quarter, is now getting access to the October 2021 security patch. The latest software update, which comes with firmware version A315GDXS1CUJ4, is currently rolling out in several Latin American markets. The update has been released in Argentina, Brazil, Chile, Colombia, Dominican Republic, Ecuador, Guatemala, Mexico, Panama, […]