The original Galaxy Fold is very likely to get a sequel later this year, and it goes without saying that, with the launch of the Galaxy Fold 2, Samsung will strive to improve upon the original concept in various ways.

Most of our readers are probably aware that several members of our team have been using the Galaxy Fold as their daily driver for the past half a year. We’ve spent enough time with the device to form a pretty good idea on what we’d like to see changed and/or improved with the next model. From the overall design to the user experience, Samsung can make the Galaxy Fold better in a lot of ways, but here’s what we think the company’s primary focus should be.

We’re getting this out of the way first. Overall, the Galaxy Fold software experience is fairly solid, but support isn’t. For a luxury device that costs around $2,000 or more in some markets, Samsung has done a very poor job in terms of software support. Numerous Galaxy phones have already been updated to Android 10, yet the Galaxy Fold continues to linger and run Android Pie.

Security patches were slow as well initially, but their speed has picked up in recent months. Nevertheless, we’re hoping that Samsung will support the Galaxy Fold 2 better, or that it will sell enough units to warrant a bigger time investment in developing new updates for the device in a timelier manner.

A more streamlined design with a better cover display

Unlike the Galaxy Z Flip which forces you to utilize the foldable display in most situations, the Galaxy Fold’s cover screen is large enough to be used for virtually any task. 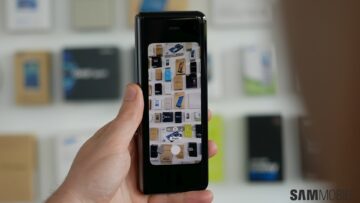 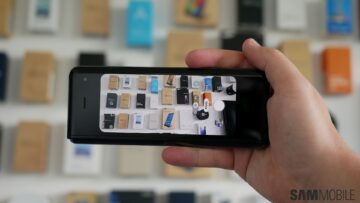 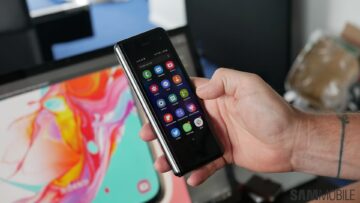 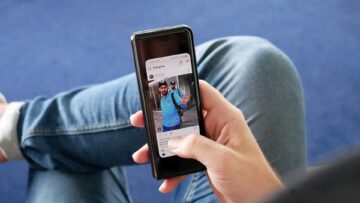 That’s not to say it’s perfect. The pixel count, color reproduction, and brightness are all great or good enough, but Samsung could surely improve its cover display by minimizing bezels and increasing screen real estate. At least as long as the company would find a way to achieve this without increasing the price.

Samsung is very likely to improve the foldable screen formula with the Galaxy Fold 2, but we’re hoping that the company will be able to do more than simply reusing the UTG screen technology from the Galaxy Z Flip.

Recent reports indicate that Samsung is working on combining PI and UTG to create a new foldable screen for the Fold 2; one that would be more resilient than ever before, and perhaps even strong enough to support an S Pen. 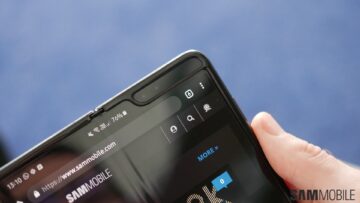 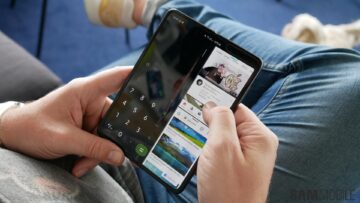 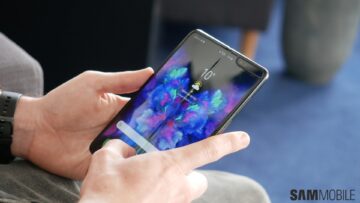 Now, from our experience with the Galaxy Fold, the foldable screen is not as problematic as you might think, even though it definitely isn’t as strong as a regular smartphone screen. But as long as you’re using common sense and remember that the panel is not covered in Gorilla Glass, you can expect it to survive without scratches and other issues, even if you bring it along on your holiday to Egypt.

Nevertheless, the user experience could be better. Cleaning the foldable screen of the Galaxy Fold proves to be a more arduous task than usual. The panel is not as oleophobic as the glass employed by most other regular smartphones, and some extra care is needed to keep the Fold clean. You never want to press too hard on the flexible screen. With a more resilient panel, this would become less and less of an issue from a user experience standpoint.

A different cutout for the foldable screen

The Galaxy Fold is packed with cameras all around, and the foldable display has one of the most unusual and largest display notches in the industry. This was Samsung’s solution at that time to implement not one, but two front-facing cameras without creating large bezels, so we won’t hold that against it. 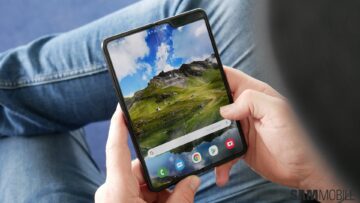 Nevertheless, with the launch of the Galaxy Z Flip, Samsung proved that it can create Infinity-O flexible screens and perhaps even pill-shaped cutouts. It’s only natural to expect the company to ditch the large display notch and to streamline the Galaxy Fold 2’s design in a similar way as it did with the Z Flip.

More color options to choose from

When Samsung first unveiled the Galaxy Fold about a year ago, the company revealed a handful of color options and promised that it will allow prospective buyers to mix and match the color of the hinge, as you can see below. Then Samsung had to delay the Galaxy Fold, rework some features, and reintroduce it a few months later with a much smaller color palette.

Samsung was brave enough to launch the Galaxy Z Flip in three colors instead of two – at least in some markets like India – and we’re hoping that the company will follow a similar path with the Galaxy Fold 2. We know that having more color options isn’t the most important aspect upon which Samsung can improve the sequel, and that’s why we’ve left it for last.

Perhaps having the option to mix and match different color options might be asking too much, but surely Samsung could release the Galaxy Fold 2 in at least three flavors.

Have you spent any time with the original Galaxy Fold or the Galaxy Z Flip? Or perhaps Samsung’s flexible display technology has yet to persuade you and you’re waiting for that moment to arrive? What do you think would be the best ways in which Samsung could make the Galaxy Fold 2 a great sequel? Feel free to share your thoughts in the comment section.