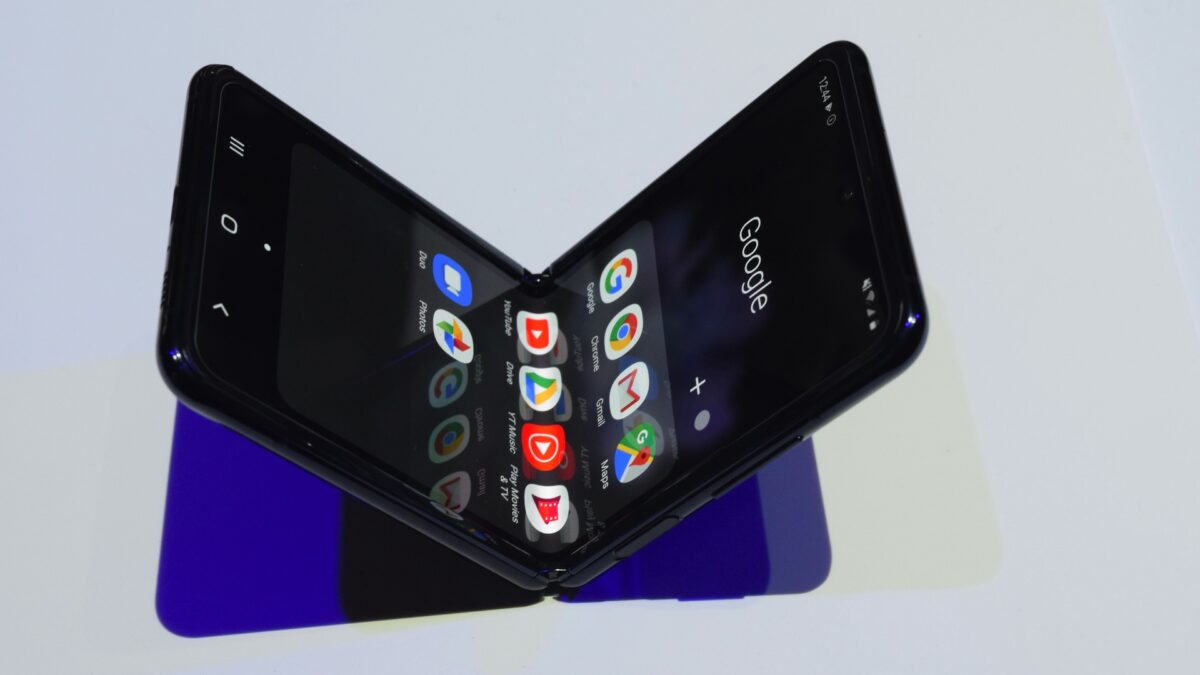 The Galaxy Z Flip may be Samsung’s second foldable smartphone, but it’s the world’s first device to feature foldable glass. It’s a completely different material than the one that Samsung used for the Galaxy Fold. Therefore, the clamshell foldable is more durable and that’s certainly a step in the right direction.

A glass panel wasn’t the only thing missing from the Galaxy Fold. We have found out that there’s actually a shock absorption layer between the Ultra Thin Glass and the display’s polarizer.

There has been a lot of speculation recently in the media about whether the “Ultra Thin Glass” is really glass. Much of it has had an accusatory undertone, that perhaps Samsung was misleading customers. We have already explained the reality of this in considerable detail but the gist of it is that most of the coverage has a strong bias.

The simple fact is that Samsung has done something with the Galaxy Z Flip that no other manufacturer has been able to do so far. Its competitors will no doubt be tearing the device apart to study just what it has done to create a more durable foldable display. Samsung will only be improving the tech so one can’t even imagine the kind of foldable smartphones it may launch in the future.

Samsung went with Ultra Thin Glass for the Galaxy Z Flip as it’s a more durable material compared to the polyimide that was used for the Galaxy Fold. The internal documents that we have seen also highlight the addition of a shock absorption layer to further enhance the display’s durability. This layer provides impact resistance and is capable of suppressing defects such as cracks and bubbles. There should be no doubt that the Galaxy Z Flip’s display is much more durable than the Galaxy Fold.

Those who expect Gorilla Glass 6 level durability from a nascent technology are only setting themselves up for disappointment. We may just get there a few years down the road but right now, it’s nearly impossible to find a foldable smartphone that’s as robust as the Galaxy Z Flip.