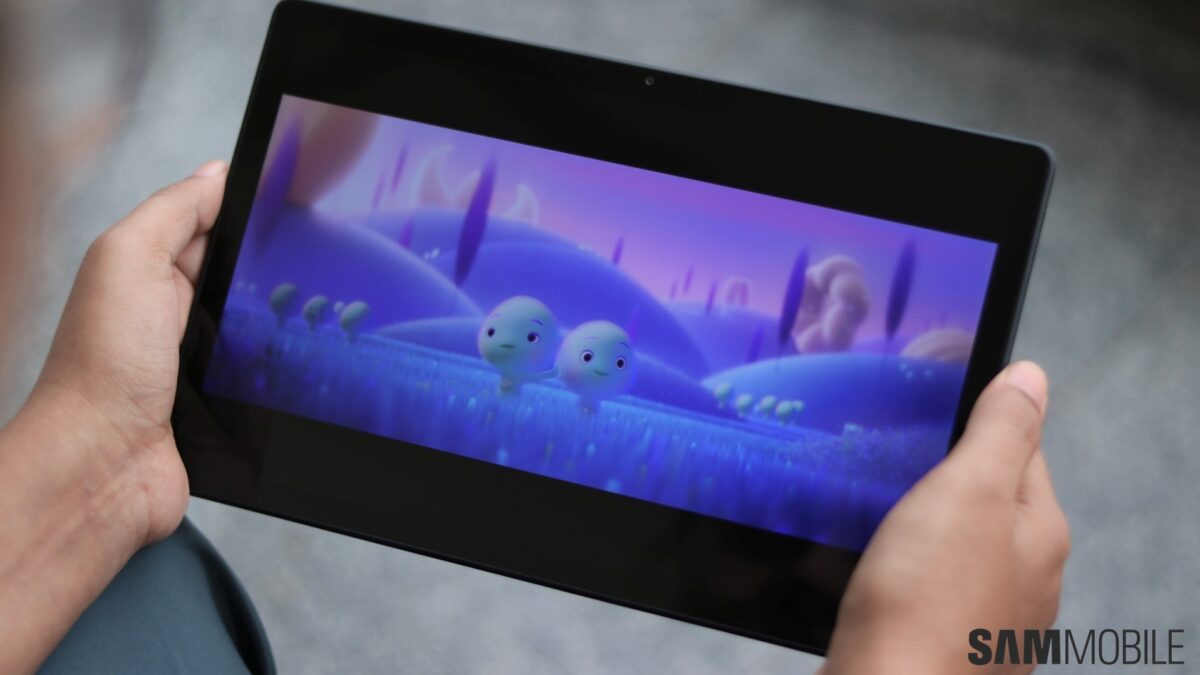 If you’ve used a Galaxy tablet long enough, at one point or another you may have run across the same touchscreen issue that I have. I.e., you’re sitting on your couch, watching a video on YouTube or another platform, and you decide to grab a glass of water or a snack. You move around, touch the tablet’s screen by accident, and mess up the video’s timeline, or you end up accessing a different video. The larger and more unwieldy the tablet, the more likely it is to run into this problem. And if I’m not alone in experiencing this annoyance, I hope that Samsung will one day provide a solution.

The app pinning feature accessible through the recent apps screen doesn’t help, as it doesn’t prevent touch input within the pinned app. And although there are third-party apps that can disable touch input, Samsung doesn’t provide a built-in solution for its Galaxy tablets. Netflix is the only video-streaming mobile app — that I know of or use regularly — that has a built-in feature to lock the touchscreen while watching videos, and it feels like a breath of fresh air.

What could Samsung do to address this issue for Galaxy tablet users?

The perfect solution, in my mind, would be for Galaxy tablets to have a physical side switch for disabling and enabling touch input. If that’s too much to ask in this day and age, then perhaps Samsung could offer a software solution through One UI outside the region-locked experimental Good Lock platform.

Developing and providing a “disable touch input” quick toggle would probably take the least effort. Or perhaps a more elegant software solution would be for One UI to automatically detect when a video is playing on the Galaxy tablet and present a “lock touchscreen” on-screen toggle. One solution might be better than the others, but whatever the case, this type of feature would help prevent Galaxy Tab users from having to handle their tablets like an egg carton in these situations.

I, for one, would love to have this feature on my Galaxy Tab S7 FE. And with Samsung now offering an “Ultra” flagship tablet with an even bigger screen and thinner bezels, I imagine I’m not the only tablet user to have encountered this annoyance. But maybe I am, so feel free to leave a comment below. Let us know if you’d want Samsung to offer a feature for quickly disabling and enabling your Galaxy tablet’s touch input. And if so, would you prefer a universal physical switch? A quick toggle in the quick toggle area? Or a “smart” on-screen button that would show up when needed?

YouTube is testing non-red progress bar on its Android app

YouTube, the world’s largest video streaming platform, is testing a grey-colored progress bar on its Android app, reports 9To5Google. Currently, it is available only in the beta version of the app, and so far, the new progress bar has been reported by only a few beta users, which suggests that the change is limited to […]