The Galaxy Watch 4 and Galaxy Watch 4 Classic are the best Wear OS smartwatches on the market right now. They run the latest Wear OS version developed in collaboration with Samsung, and they’re powered by a new chipset that was created specifically for wearable devices. The Galaxy Watch 4 series also refreshes the design once again, which brings us to one of Samsung’s biggest rivals in the wearable market: Apple.

The Galaxy Watch 4 series now has a new competitor in the Apple Watch Series 7. The fresh model highlights — once again — some of the differences in design between Apple and Samsung wearables.

The Apple Watch Series 7 has a rectangular form factor that contrasts Samsung’s circular smartwatches, but it’s also a subtle yet obvious continuation of the original design language. Perhaps more so than Samsung’s newer smartwatches relative to their predecessors.

The Series 7 has a new display with much slimmer bezels all around, and it kind of makes us wish the Galaxy Watch 4 was similar in this regard. 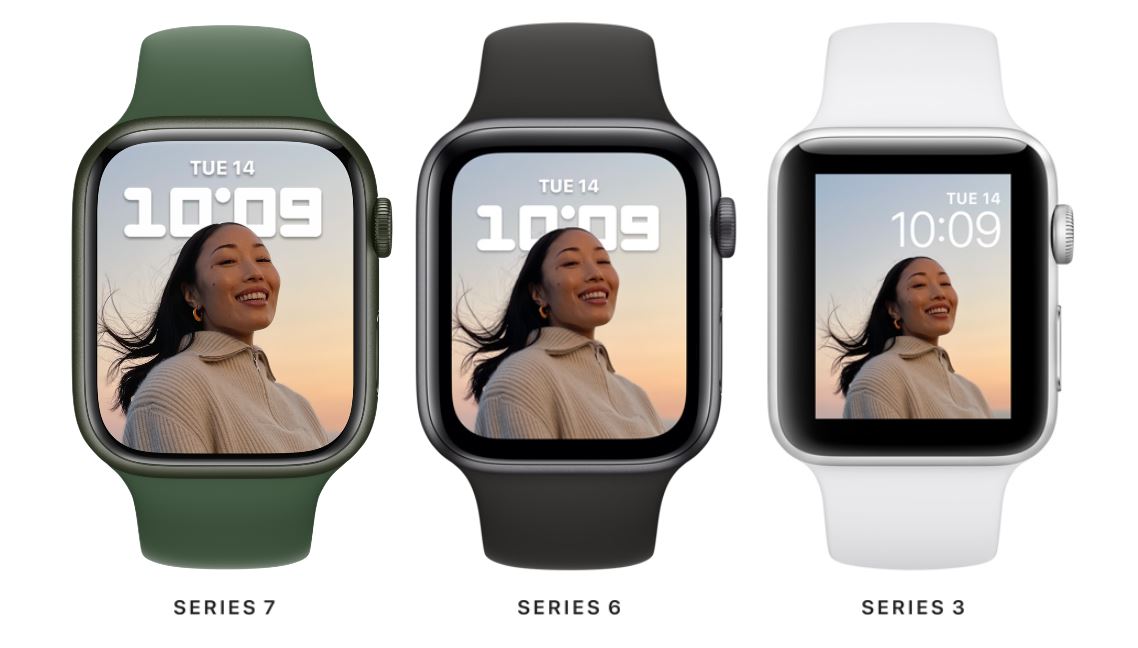 Samsung’s next-gen watches might need to work on bezels

For a company that’s regarded by many as ‘fashion-oriented,’ Apple sure isn’t in a rush to change the design language of its smartwatch. The Series 7 looks almost identical to the previous model, with one big exception: the bezels are considerably thinner, resulting in a more streamlined and modern look.

The Galaxy Watch 4 doesn’t distance itself too much from the previous models, i.e., the Galaxy Watch Active 2, but it doesn’t seem to be pushing the envelope as much as Apple’s newest model, either.

It’s quite obvious that Apple and Samsung follow different philosophies in regards to their smartwatches, and while the Galaxy Watch 4 is great in its own rights, we can’t help but wonder how Samsung’s smartwatch evolution would’ve looked like had the company focused more on trimming down the bezel.

On the other hand, the Galaxy Watch 4 Classic’s bezel is hidden behind an actual physical rotating bezel, and it’s one of the best-looking (if not the best) smartwatches around.

Moving forward, should Samsung focus more on trimming down display bezels for its Galaxy smartwatches? Do you believe the Apple Watch Series 7 will be a threat to the Galaxy Watch 4 series because of its new streamlined design? Share your thoughts in the comment section below and don’t forget to join our social media channels.

Samsung referral program could turn your friends into Galaxy foldable …