As reported a couple of weeks ago, industry watchers predict that Samsung will ship anywhere between 30 to 40 million ODM (original design manufacturer) smartphones by the end of 2019, and it appears that the Galaxy A10s will play a role in this. The Galaxy A10s refresh was introduced earlier this week, and as it turns out, the device isn’t manufactured by Samsung. Instead, according to the phone’s FCC documents, the Galaxy A10s is manufactured by a company in China known as Jiaxing Yongrui Electron Technology. 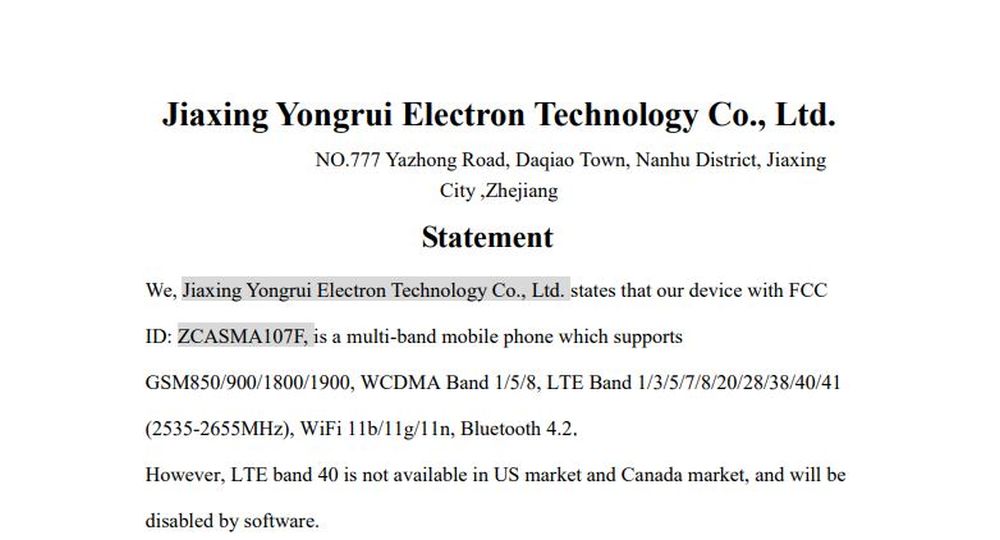 This effectively means that the Galaxy A10s is Samsung’s second ODM smartphone following the Galaxy A6s launched in China last year. But unlike the Galaxy A6s which remained exclusive to the Chinese market, the new Galaxy A10s is expected to hit the shelves in other countries as well, including India. This would surely help Samsung in achieving the aforementioned 30 to 40 million ODM phone shipments before 2020.

The purpose of giving another ODM company in China the rights to manufacture a phone under the Samsung brand is to reduce production costs and, ideally, carry some of those savings over to the smartphone’s launch price. The Galaxy A10s has yet to be priced by Samsung but once the company or retailers spill the beans, it will be interesting to see just how affordable it is.

This ODM strategy applies primarily to the budget and mid-range segments, so we don’t expect Samsung’s flagships to become ODM phones anytime soon. But if the decision to rely on an ODM will pay off for low-cost devices then Samsung might be able to increase its presence in China, India, and other markets where it’s been competing (and sometimes losing ground) against Chinese brands. That is, as long as more ODM phones will be released in the future and pricing is competitive.

What will the company’s third ODM phone be? Where and when will it release? Only time will tell. Until then, what are your thoughts on Samsung’s decision to rely more on ODMs for budget phones? Let us know in the comment section.