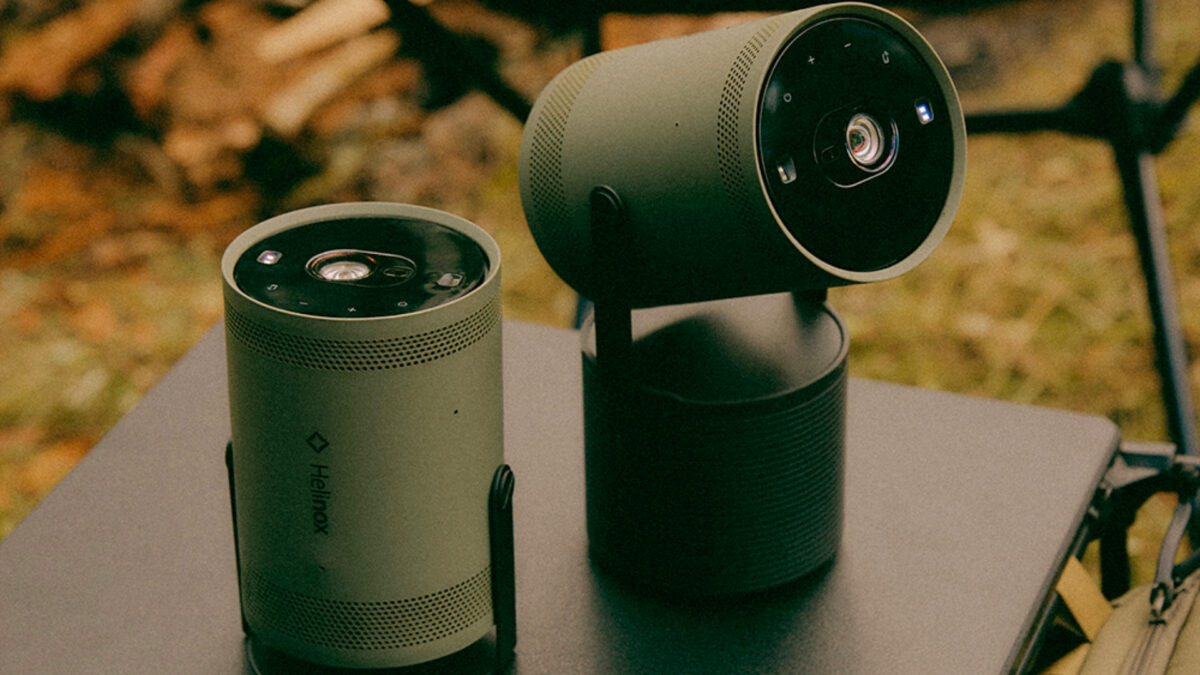 The South Korean firm announced earlier today that it has partnered with outdoor survival gear manufacturer Helinox to launch a special version of The Freestyle. This limited edition device comes with an exclusive Helinox skin applied to it. It also comes bundled with a portable battery pack and a Helinox cover. It is priced at KRW 1.19 million (around $850) in South Korea.

The Freestyle projector is portable and weighs just 830g. It can display up to 100-inch visuals and features built-in speakers. It can be powered by even a portable power bank and features a USB Type-C port. It runs Tizen OS and can run all the popular audio and video streaming services. It also features Bluetooth, Wi-Fi, and SmartThings.

Samsung’s portable projector, The Freestyle, gained more and more popularity after its unveiling at CES at the beginning of the year. More recently, The Freestyle got picked by Oprah for the 2022 Oprah’s Favorite Things gift list. The latter is a renowned yearly holiday shopping guide for readers in the USA, bringing all sorts of […]

Samsung celebrating its 53rd anniversary with great deals on its products

Samsung is celebrating its 53rd anniversary this week, and there are some great deals on a large number of its products on its official website. There are amazing deals and huge discounts on offer on popular smartphones, monitors, TVs, etc. The sale will be live till November 1, so if you were waiting to get […]