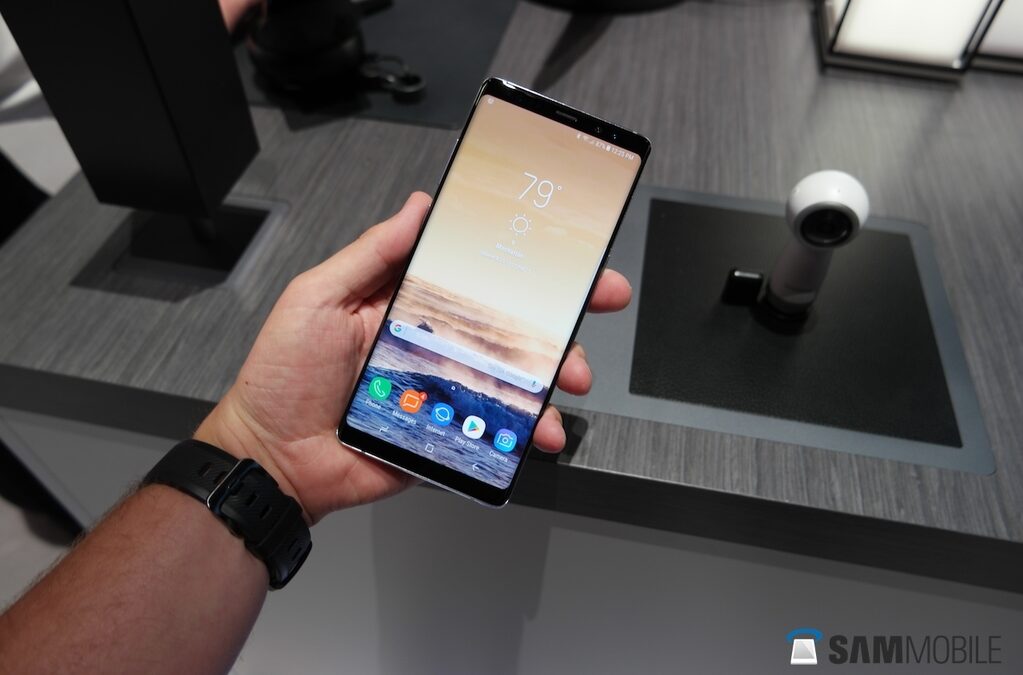 It has long been rumored that Samsung will introduce a display-based fingerprint sensor on its flagship smartphones but the company is yet to do that. There have been conflicting reports recently about the possibility that this feature might make it to the Galaxy Note 9. A new report out of South Korea today claims that Samsung is going to make a final decision on the in-display fingerprint sensor for the Galaxy Note 9 soon.

The report claims that Samsung is likely to introduce an in-display fingerprint sensor with the Galaxy Note 9 this year. Samsung Display, the division that supplies panels for Samsung devices, has reportedly prepared three or four solutions to integrate a fingerprint sensor into the display.

Both Samsung Display and Samsung Electronics are said to be “seriously considering” one of the solutions developed. It’s also claimed that the design concept of the Galaxy Note 9 has not yet been finalized due to the pending decision concerning the fingerprint sensor. Samsung is expected to make a final decision on the matter by the end of this month.

Some industry watchers are optimistic that Samsung will finally introduce an in-display fingerprint sensor on its smartphones this year as the company seeks to offer new features in order to further differentiate its handsets from the competition. Others are not so optimistic, they believe that technical difficulties will prevent Samsung from doing this for the Galaxy Note 9 and that we’ll only see this technology from Samsung in 2019.

It merits mentioning here, though, that Samsung recently said that it’s no longer obsessed with being the first in the world to bring new smartphone technologies to market. This means that the company will rather wait to ensure that its in-display fingerprint sensor technology works perfectly instead of rushing it out the door just for bragging rights.

We’ll likely hear more about this in the months to come as this is one of the most highly anticipated features of the Galaxy Note 9. Samsung isn’t due to launch the Galaxy Note 9 until the second half of this year even though it has begun firmware development for the new flagship earlier.