Samsung Pay has received a feature update in India, which allows users to apply for credit card and personal loans through Paisabazaar. The latter is India’s largest online marketplace and compare tool for loans, and its “Chance of Approval” predictive algorithm was introduced last December.

The implementation of Paisabazaar within the Samsung Pay app is not tremendously elegant. Samsung’s mobile app was barely changed in the process, but it now includes a link to Paisabazaar’s online form for credit card applications and loans. It’s not truly a fully in-app solution, but more of a simple way for Samsung Pay to make it easier for users to access the financial service’s online forms.

Paisabazaar is at a tap’s distance in Samsung Pay 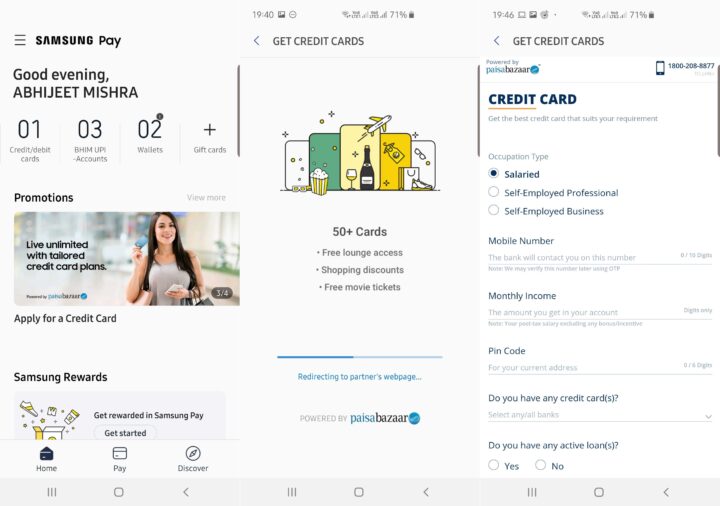 Paisabazaar introduced its “Chance of Approval” predictive algorithm late last year with the goal of increasing the acceptance rate for applications. The algorithm takes into account the user’s profile details including income and credit score. It then tries to present credit card and loan offers that are more likely to being approved.

Naveen Kukarja, CEO of Paisabazaar added that “[The] integration with Samsung Pay is a natural fit as it will provide users with a platform that is equipped to give them a variety of quick financial solutions.” Meanwhile, Samsung India’s Sanjay Razdan added that “Our partnership with Paisabazaar.com has helped us create a holistic platform […]” which enables users in India to make easy payments on their mobile devices while giving them the “Comfort of opting for various financial products.”

It goes without saying that Paisabazaar will not be integrated with Samsung Pay outside of India. However, there’s no telling whether this recent update will become a precedent, and maybe other online financial platforms will partner with Samsung Pay in different markets. 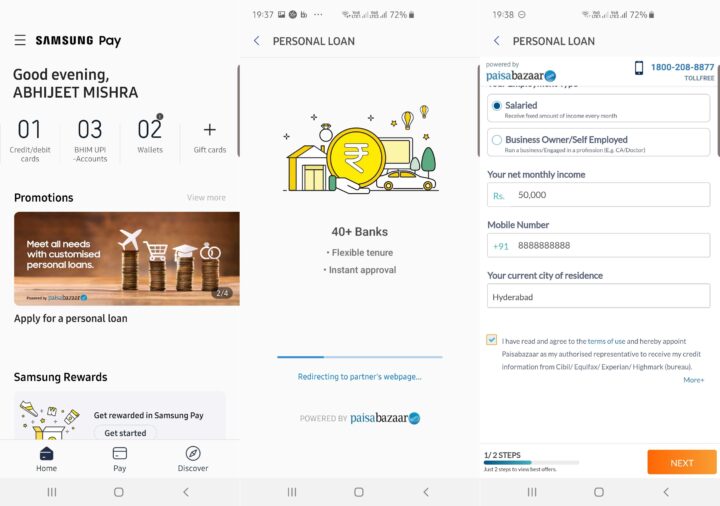