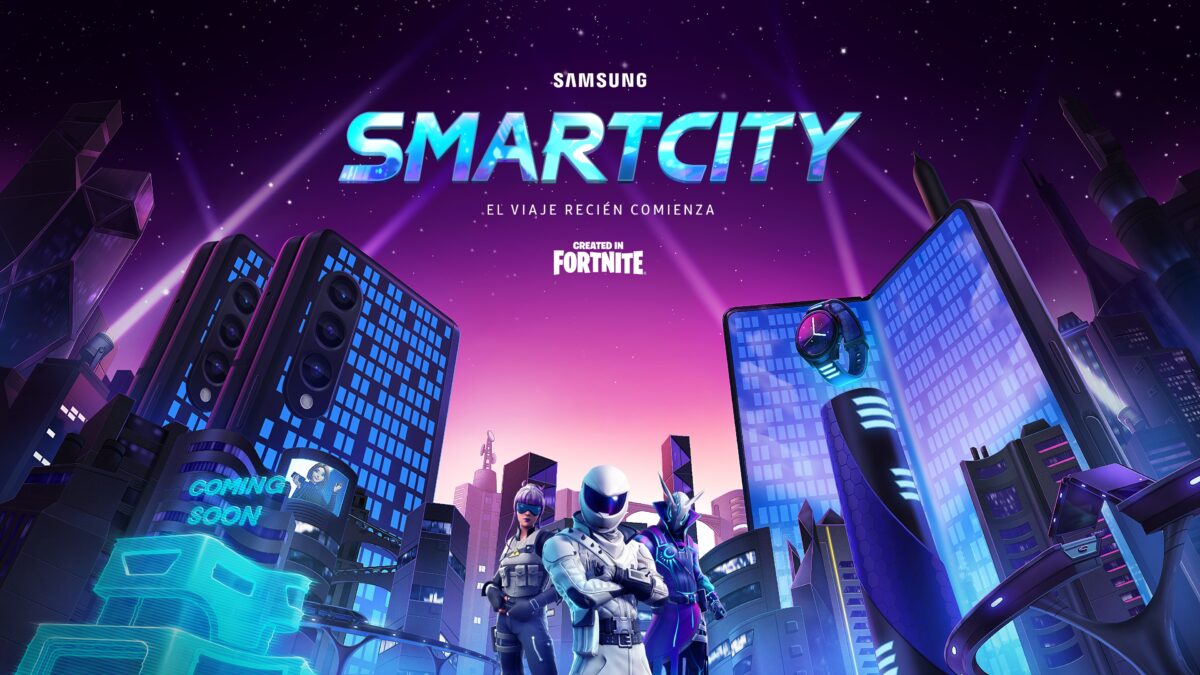 Samsung is all in on the metaverse concept. After launching virtual worlds in Decentraland, ZEPETO, and Roblox earlier this year, Samsung unveiled at Galaxy Unpacked 2022 that it will soon release its own island in the Fortnite metaverse.

Samsung Latin America says that Smart City is “not just about having fun, but above all about exploring and building relationships.” Either way, it has gameplay elements and easter egg hunts for in-game loot.

The hunt for new in-game loot starts next week

The explorable virtual space contains structural elements, such as buildings, bridges, and spotlights that resemble Samsung’s new foldable phones and The Freestyle projector. Smart City will open in the Fortnite metaverse from August 18.

In gameplay terms, Samsung’s Smart City in the Fortnite metaverse will be a part of the Z Series Fun Game Quest. It encourages players to play “hide and seek” games and find the new hidden Galaxy Z Fold 4 in-game item. While keeping the Z Fold 4 in the possession of their characters, players can enable features such as Nightography, which gives them enhanced night vision inside the game world.

Samsung’s new foldable phones promise brighter and better sensors, improved night-time photography, and tons of other cool new features and upgrades, bigger batteries, and higher build quality. The Galaxy Z Flip 4 and Galaxy Z Fold 4 are available for pre-order in most markets for the starting prices of $999 and $1,799, respectively.

At Unpacked 2022, Samsung also announced a new pair of wireless earbuds with Advanced Intelligent ANC, and a couple of new Galaxy Watch 5 smartwatches, including a Pro model with a large-enough battery to last for up to 80 hours on a full charge.