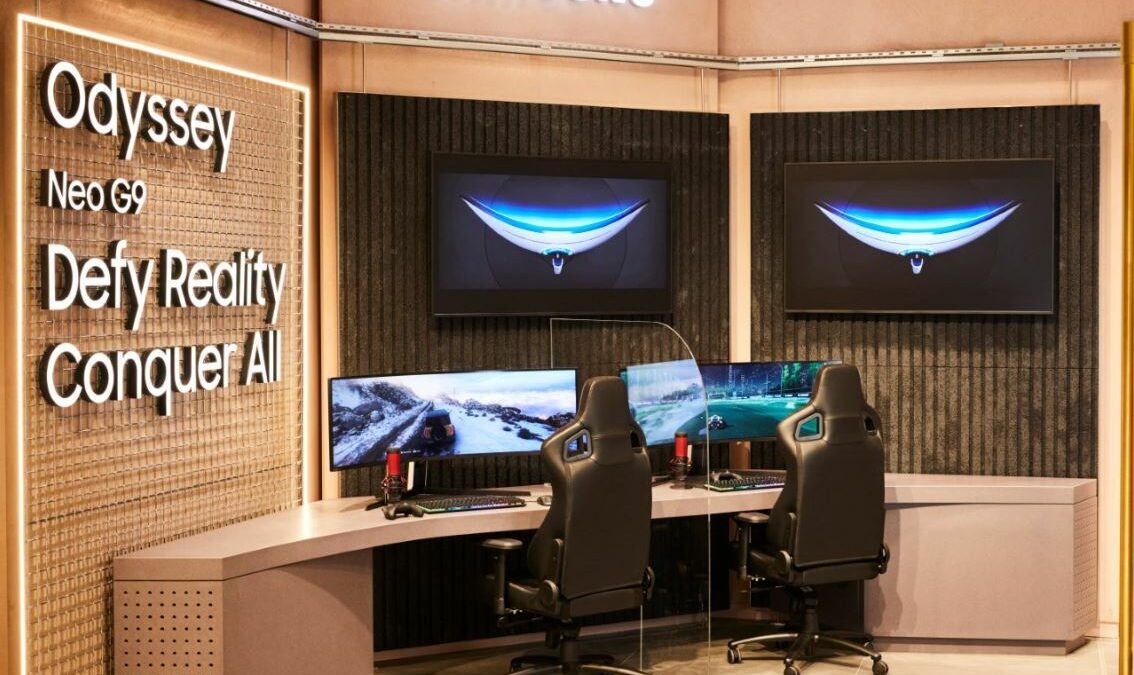 Samsung’s Experience Store in London UK now has a space dedicated to gamers who may want to experience the qualities of Samsung’s award-winning Odyssey Neo G9 monitor first-hand. The company opened the Samsung Odyssey Gaming Corner at its experience store in Selfridges, the latter of which got redesigned nearly a couple of months ago to set a new standard in retail.

The Odyssey Gaming Corner opened yesterday — November 29 — and will remain in place until the end of December. Over the next few weeks, Samsung Experience Store visitors in Selfridges have the opportunity to play popular games like Rocket League and Minecraft on Samsung’s Odyssey Neo G9 Quantum Mini-LED monitors.

The Gaming Corner at Selfridges was set up in collaboration with leading esports organization Guild Esports. And from December 7, visitors will be able to join gaming personalities Nihacu and Harrie Silver live at the store. The event will be broadcast through Twitch TV.

The Odyssey Neo G9 was introduced earlier this year as the first Samsung monitor to be based on mini-LED technology. It has a 1000R curvature which helps players immerse in their games, and the monitor is packed full of technologies, including AMD FreeSync Premium Pro, NVIDIA G-Sync, and HDR10+. The monitor has an aspect ratio of 32:9 and a resolution of 5,120 by 1,440.