Galaxy A31 launched in India, here’s how much it costs

Samsung is on a smartphone launch spree in India. After launching the Galaxy M01 and the Galaxy M11 in the country two days ago, the company has finally launched the Galaxy A31 in India. The phone was first launched in the UAE and then in South Korea, Vietnam, Brazil, and Australia. The Galaxy A31 is priced at INR 21,999 (around $290) in India for the 128GB variant.

The new Galaxy A series smartphone will be sold through Amazon, BeNow.in, Flipkart, Samsung eStore, and Samsung Opera House starting today. It will also be available through offline retailers across the country at a later stage. The Galaxy A31 is available in India in three colors: Prism Crush Black, Prism Crush Blue, and Prism Crush White.

Galaxy A31 specs: A recap

The Galaxy A31 sports a 6.4-inch Super AMOLED Infinity-U display with Full HD+ resolution and an under-display fingerprint reader. It runs Android 10 with One UI 2.1. The processing is carried out by the MediaTek Helio P65 processor, and there’s 6GB RAM, 128GB internal storage, and a microSD card slot. A 5,000mAh battery powers the Galaxy A31 and supports 15W fast charging. 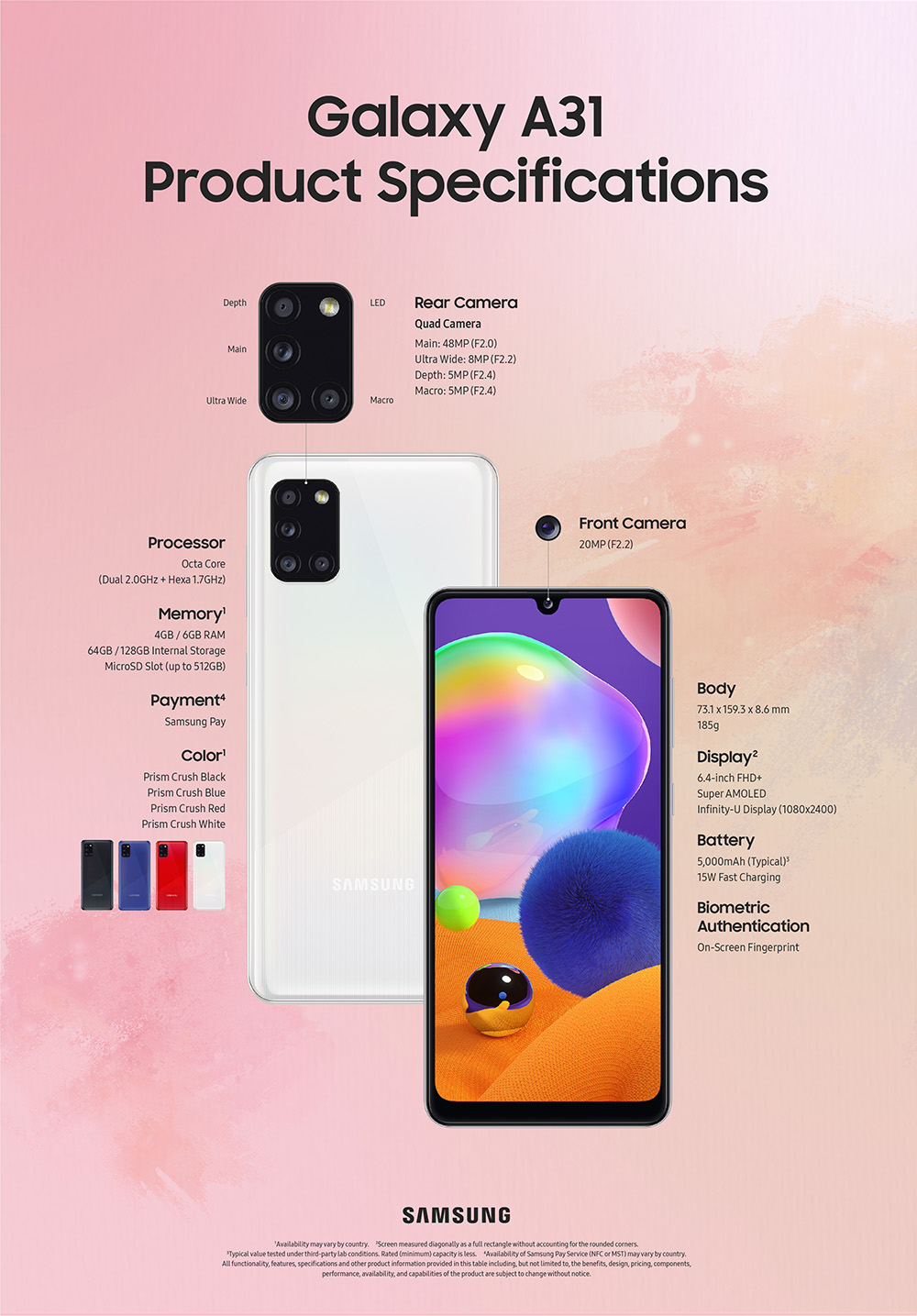