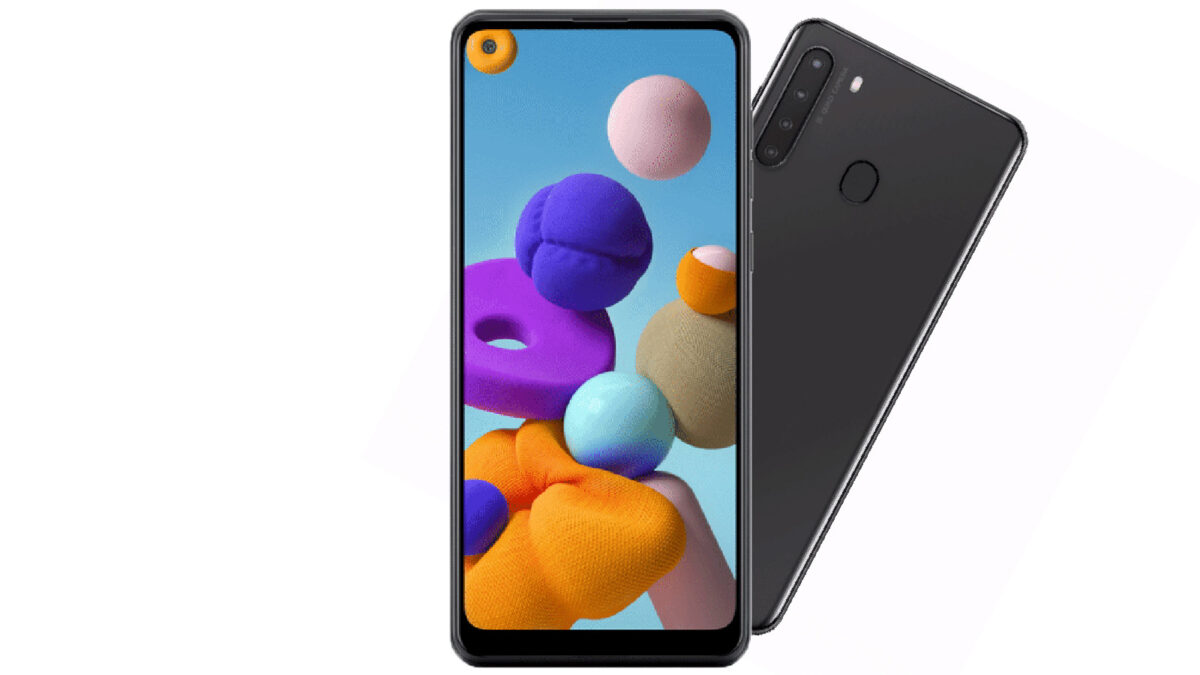 The 2020 edition of the Galaxy A21 leaked online once again as Samsung’s budget-conscious smartphone draws closer to release.

As was already suspected, it appears the upcoming handset will feature twice as many rear cameras as its predecessor, in addition to adopting a largely bezel-free design with an Infinity-O display.

Shared by known industry insider Evan Blass, the 360-degree render that can be seen below reveals the same black variant of the Galaxy A21 (2020) that already surfaced a month ago. A rear-mounted fingerprint scanner is part of the package as well, serving as a reminder that this is still an entry-level offering.

Looking at the back of the new Galaxy A21, a 3.5mm audio jack can be glimpsed. The device also features three physical buttons on its right-hand side – volume controls and what’s likely a Power/Bixby key hybrid.

The Galaxy A21 (2020) is expected to utilize the MediaTek Helio P35 system-on-chip, 3GB of RAM, and 64GB of flash memory, according to a benchmark sighting from March. Samsung has been embracing MediaTek’s solutions on a wider scale in recent times, so its latest value-oriented Android smartphone appears to be a mere continuation of that trend.

The quad-camera setup found on the back of the Galaxy A21 (2020) is rumored to include a wide-angle and macro lens, whereas a standard LED flash unit can also be seen in the newest leak.

Assuming Samsung isn’t in the mood for surprises, the upcoming phablet will debut in the same sub-$200 price range as its predecessor. There’s still no word on when exactly might the Galaxy A21 (2020) be treated to an official launch, though the wait shouldn’t be too long given how its apparent marketing materials are now appearing online.

The Galaxy A21 is getting its first software update in three months. Sadly, it isn’t getting the Android …

The carrier-locked variants of the Galaxy A21 have just picked up a new security update, but the 2020 device i …

A Samsung phone burst into flames on a plane, forcing emergency evacua …