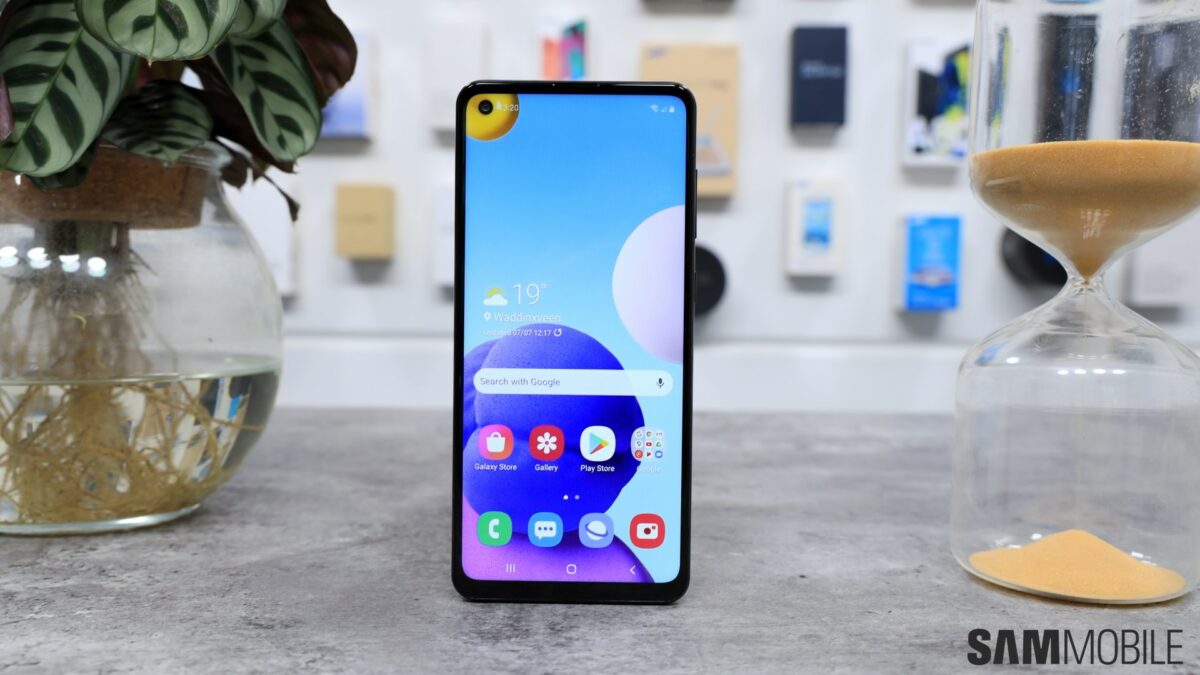 A week after the US carrier-locked Galaxy A21 started getting the Android 12 update, Samsung is now rolling out the new OS version to the unlocked version for the United States. The unlocked Galaxy A21 is finally making the jump from Android 11 to 12, but the security patch is lagging behind.

Galaxy A21 (unlocked) users in the USA can identify the new Android 12-based update by firmware version A215U1UEU7CVI3. The new release includes the July 2022 security patch.

What does Android 12 bring to the Galaxy A21?

Assuming that the unlocked Galaxy A21 gets the same set of features as the carrier-locked variant, users should expect a slightly refreshed One UI Core 4.1 interface and first-party apps. Samsung Keyboard offers quicker access to emojis and now supports more input methods and languages.

The Camera and Gallery apps have been tweaked and enhanced with new features for portrait mode and easier album sorting and remastering. The Calendar app offers an improved search engine, and One UI 4.1 adds a new home screen Calendar widget. Device Care is also enhanced with better accessibility features and more Eye Comfort options.

Dark Mode got some improvements, and the UI’s battery charging animations have been tweaked. Privacy and security are at a higher level in Android 12, and users can now get app permission information at a glance.

Galaxy A21 users in the United States should receive an update notification at any moment, but they can skip the wait by opening the Settings app on their devices, accessing “Software update,” and tapping “Download and install.” SamMobile readers can refer to the firmware section of our website to download the official firmware files for manual installation via Samsung ODIN.