Samsung announced the Galaxy A21 in the first half of 2020 along with a few other Galaxy A-branded models such as the cheaper Galaxy A11 and the pricier Galaxy A51 5G. Sandwiched in the middle, the Galaxy A21 is a low-cost smartphone that reuses Samsung’s “long-lasting battery life” tag line for marketing purposes. It doesn’t have 5G capabilities or the latest software, and it’s one of Samsung’s last smartphones to feature an Infinity-O display with a corner cutout.

Likewise, the Galaxy A21 is one of Samsung’s few phones released in recent years to feature a rear-mounted fingerprint scanner and a vertical camera setup. 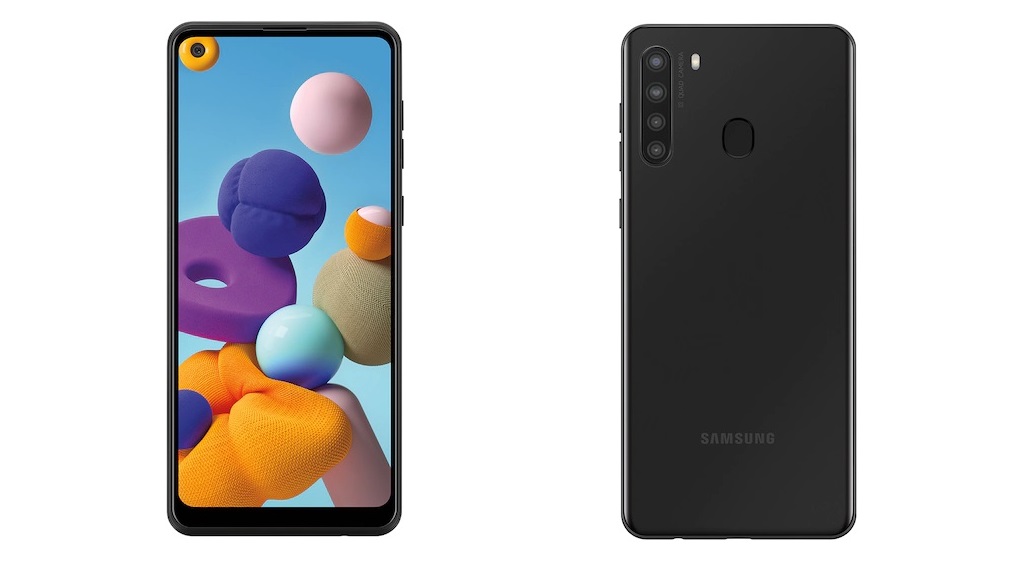 The volume buttons and the side key reside on the right edge, while the lower edge accommodates a USB-C connector flanked by a loudspeaker and a 3.5mm headphone port. The phone measures 167.8 x 76.7 x 8.1mm, weighs 193 grams, and was released in a single color option — black.

The Galaxy A21 has a fairly standard footprint, as revealed by its overall dimensions. Its Infinity-O display has a 6.5-inch diagonal. 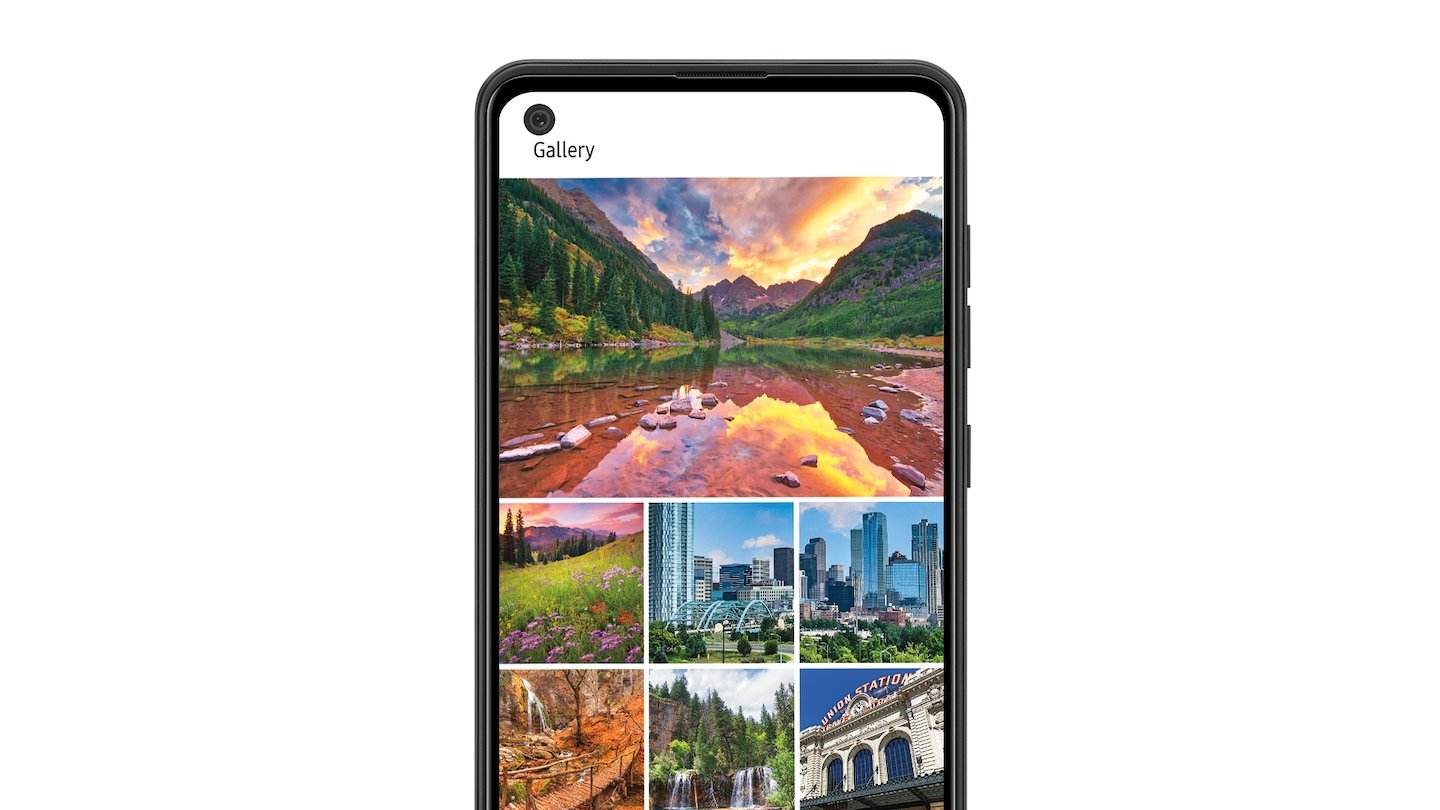 This is an IPS LCD panel with a 20:9 aspect ratio and a resolution of 1600 by 720 pixels. The display is completely flat, and it’s capped at a standard refresh rate of 60Hz.

MediaTek was responsible for supplying chipsets for Samsung’s Galaxy A21. The phone isn’t powered by an Exynos SoC but employs the MediaTek Helio P35 chipset. It has eight CPU cores split into two clusters featuring four Cortex-A53 cores clocked at 2.35GHz and four Cortex-A53 low-power cores operating at up to 1.8GHz. The CPU is accompanied by a PowerVR GE8320 graphics chip.

Unlike most other Galaxy phones, the Galaxy A21 was released with only one memory configuration. It has 32GB of built-in storage expandable via microSD and 3GB of RAM.

The vertical camera setup located on the back of the Galaxy A21 comprises four sensors: a 16MP main camera with an f/1.8 aperture and PDAF, an 8MP ultrawide shooter, a 2MP macro camera, and a 2MP depth sensor.

The selfie camera clocks in at a resolution of 13MP and has an f/2.0 aperture. The device is capable of recording 1080p videos at 30 frames per second.

The Galaxy A21 was released running Android 10 and One UI 2.0. The phone is eligible for an upgrade to Android 11 and newer versions of One UI, but these major software releases are M.I.A. one year after the phone’s debut. Throughout its lifetime, the device should technically be eligible for two major Android OS updates up to version 12, though support hasn’t been that great in the first year on the market.

The Galaxy A21 got unveiled by Samsung in the USA in April 2020. Unlike the Galaxy A21s, the A21 hasn’t seen a widespread release in most major markets, which could be one reason behind the lackluster firmware support.

The phone was released in the USA in June through Sprint, T-Mobile, Metro, and Samsung’s own online shop. It debuted for $250.

SamMobile offers a variety of Samsung resources, from wallpapers to Samsung APKs and firmware files. SamMobile readers can download these resources for free and can sign up for one of our optional premium plans to take advantage of more perks. They include ad-free browsing, expert support, faster firmware download speeds, access to our product giveaways, and more.