Samsung, Sprint, T-Mobile quietly launch the Galaxy A21 in the USA

After months of eluding the market the Galaxy A21 has finally been released, albeit quietly, and it’s now available for purchase in the USA from Samsung, Sprint, T-Mobile and Metro. If this launch seems unusual, that’s because it is. The Galaxy A21 was first leaked and rumored many months ago but it hasn’t seen the light of day since. Outside the USA, it’s already been beaten to the global market by the Galaxy A21s – a device that was technically supposed to be its sequel.

The Galaxy A21 carries a 6.5-inch display with a resolution of 1600 by 720 pixels. The display follows the Infinity-O design with a corner cutout but its a TFT LCD instead of an AMOLED solution. Under the screen, the Galaxy A21 conceals a MediaTek chipset instead of a Qualcomm or in-house Exynos silicon. Specifically, the phone relies on the MediaTek MT6765 SoC boasting a total of eight CPU cores split into two clusters of four cores operating at 1.7GHz and 2.35GHz. The CPU is paired with 3GB of RAM and 32GB of on-board storage expandable via microSD.

Other specs include USB-C and 3.5mm ports, Bluetooth 5.0, Wi-Fi 802.11 a/b/g/n/ac, and a 4,000mAh battery with 15W fast charging. The back of the phone carries fingerprint reader as well as a quad-camera setup that includes a 16MP main unit, an 8MP ultrawide shooter, and two 2MP sensors. Selfies are handled by a 13MP camera and the device runs Android 10 out of the box.

How much it costs and where can I buy one?

As mentioned above, the Galaxy A21 is now available in the USA directly from Samsung online or from Sprint, T-Mobile, and T-Mobile’s prepaid brand Metro. T-Mobile is selling the Galaxy A21 for $250 outright but customers can choose to pay $10 a month for the next 24 months.

Meanwhile, Metro offers the device for the full price of $259.99. The phone is also available at Sprint and it sells for $250 via Samsung’s e-shop. Check the links below for more details. 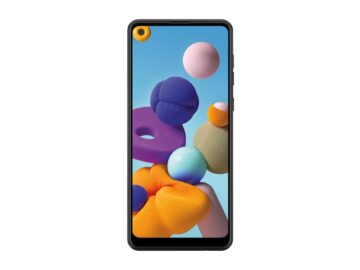 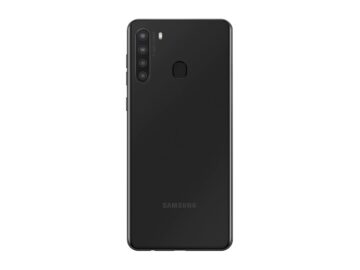 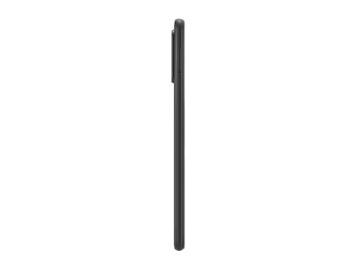 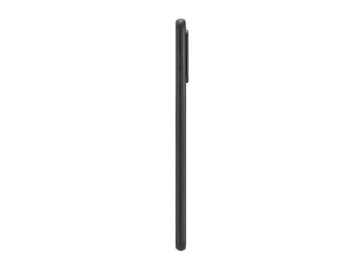