The Galaxy A11 is one of Samsung’s more budget-oriented smartphones, walking in the footsteps of predecessors like the Galaxy A10, the Galaxy A10e, and Galaxy A10s. It follows Samsung’s philosophy of achieving a good balance between all its specifications across the board. It has a generous display, a multi-camera setup and, in Samsung’s own words, long-lasting battery life.

Samsung’s Galaxy A series proves to be very successful in numerous markets around the globe. The Galaxy A10e was the best-selling Android phone in the USA in Q1 2020, and the newer Galaxy A11 has every reason to be a worthy successor.

Unlike the majority of Samsung’s smartphones, the Galaxy A11 doesn’t have a frame delimiting the front and back panels. Instead, it has a unibody design with the back panel itself wrapping around the edges to meet the flat 2.5D glass covering the display.

The main cameras are vertically-aligned and reside in the upper-left corner next to an LED flash. The Galaxy A11 has the power button and volume rocker on the right edge, a rear-mounted fingerprint scanner, and the displays follows the Infinity-O design language with a corner cutout for the selfie camera. 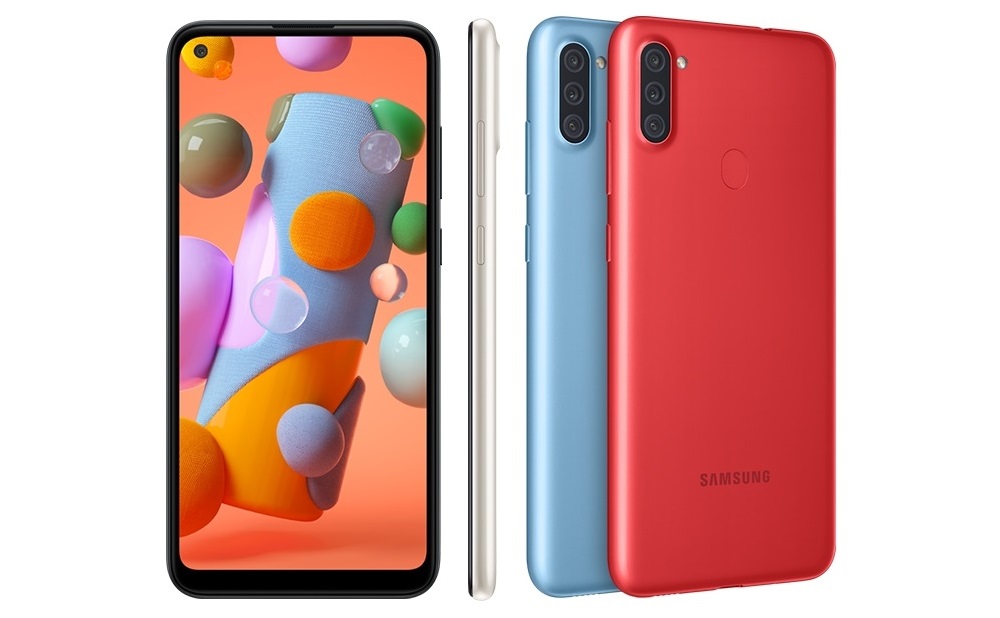 Samsung has yet to reveal the exact chipset inside the Galaxy A11, but it has eight CPU cores operating at a frequency of up to 1.8GHz. The CPU is paired with either 2GB or 3GB of RAM, and storage consists of 32GB, coupled with a microSD slot capable of reading cards with a capacity of up to 512GB.

Samsung chose an Infinity-O display design with a corner cutout for the Galaxy A11. The panel is quite generous with a 6.4-inch diagonal.

But being a budget phone, the Galaxy A11 doesn’t benefit from Super AMOLED technology. Instead, it adopts a PLS TFT LCD. It has a resolution of 1560 by 720 pixels, leading to an aspect ratio of 19.5:9. 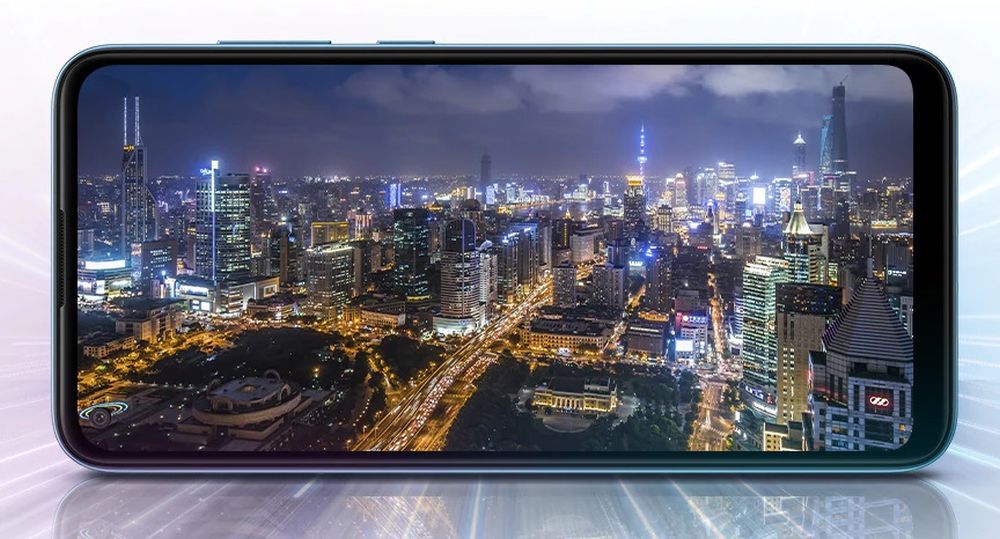 The front-facing camera residing inside the Infinity-O display cutout has a resolution of 8-megapixels, an f/2.0 aperture, and like the rear-facing setup, it can record FHD videos at 30fps. 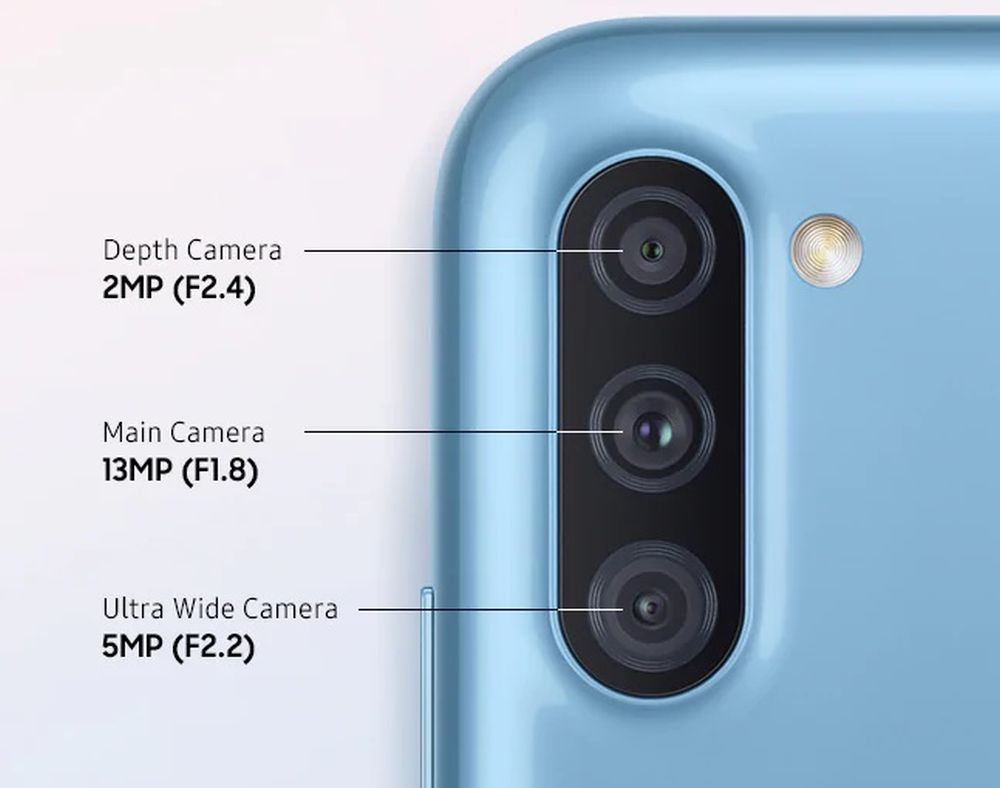 Samsung ships the Galaxy A11 with Android 10 out of the box, but the version of One UI was unmentioned in the company’s official announcement. It’s very likely One UI 2.0, but even so, the phone doesn’t benefit from every feature inherent to One UI 2.0.

The Galaxy A11 lacks Samsung DeX and Samsung Pay support. However, it is compatible with a variety of Samsung accessories, ranging from the original Gear IconX to the newer Galaxy Buds, as well as numerous wrist wearables including the Galaxy Fit and Galaxy Watch / Watch Active series.

Our firmware archive includes software packages for a variety of Galaxy devices, and you can download new firmware for the Galaxy A11 whenever it becomes available. We also offer Samsung APKs and wallpapers. These resources can be downloaded for free, but you can take advantage of faster firmware downloads, ad-free browsing, giveaways and much more if you sign up to one of our premium plans.