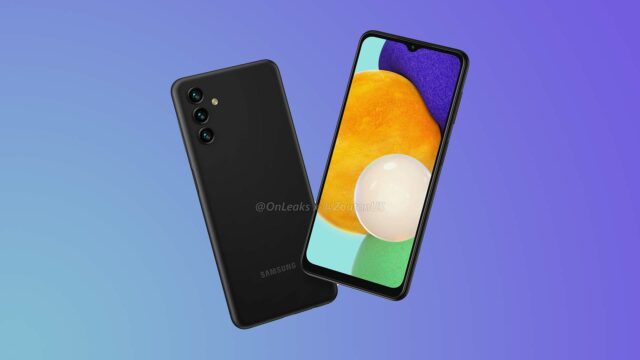 Multiple Galaxy A13 5G variants—SM-A136U, SM-A136U1, and SM-A136W—have appeared in the Bluetooth SIG database today. These are the Canadian and US (carrier-locked and unlocked) variants of the entry-level 5G smartphone. All these variants feature Bluetooth 5.0 with LE. Samsung might announce the Galaxy A13 5G as soon as early next year. There will also be a 4G LTE variant of the smartphone.

The design of the Galaxy A13 5G has been leaked already. It will reportedly launch in at least four color variants: black, blue, orange, and white. The smartphone uses the MediaTek Dimensity 700 processor, 4GB/6GB RAM, 64GB/128GB internal storage, and a microSD card slot. It is expected to feature a 6.5-inch Infinity-V display.

At the rear, the upcoming 5G smartphone could have a triple-camera setup featuring a 50MP ISOCELL primary camera. It is said to be powered by a 5,000mAh battery and could support 25W fast charging. It also has a USB Type-C port, a headphone jack, and a side-mounted fingerprint reader. 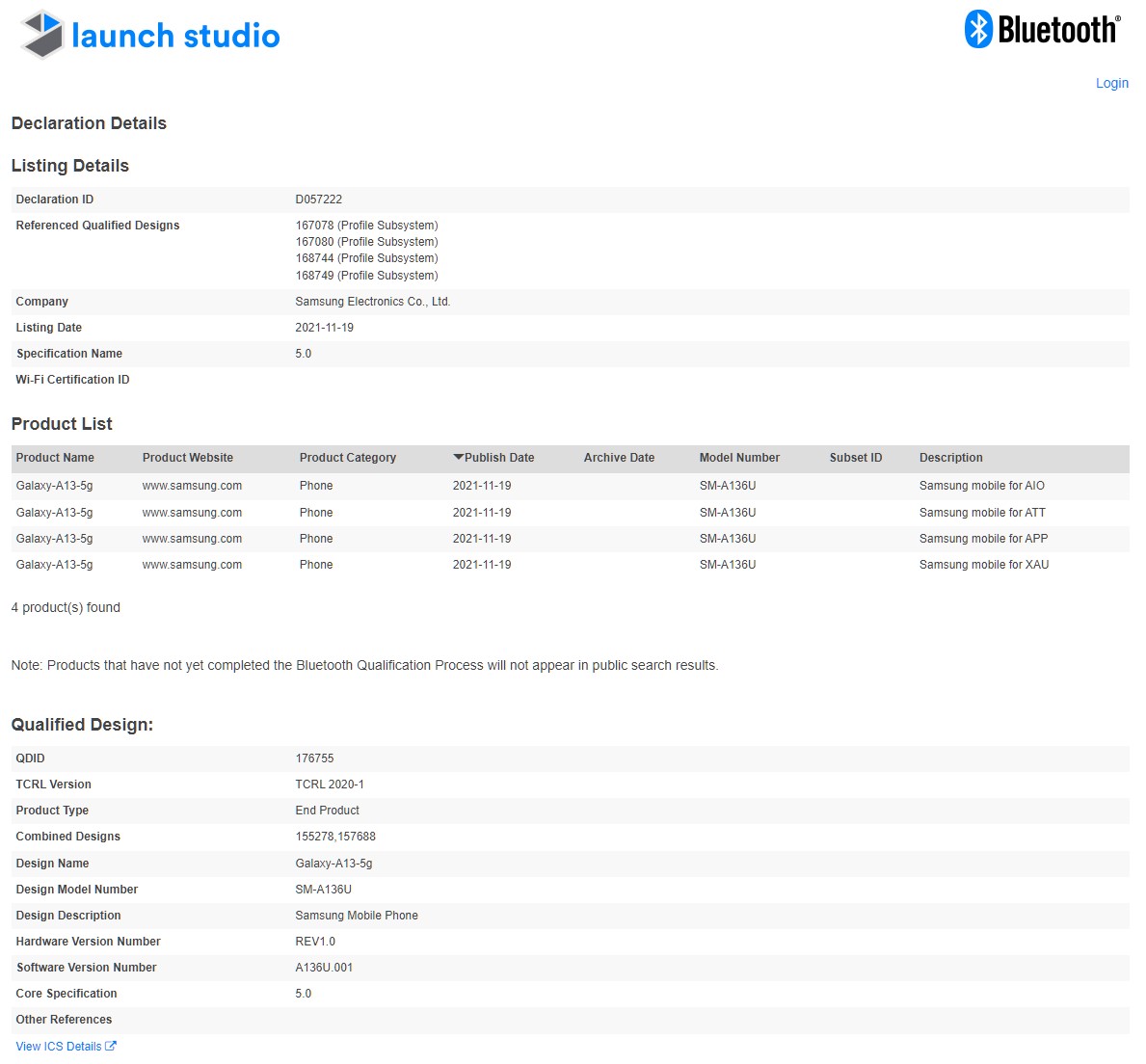 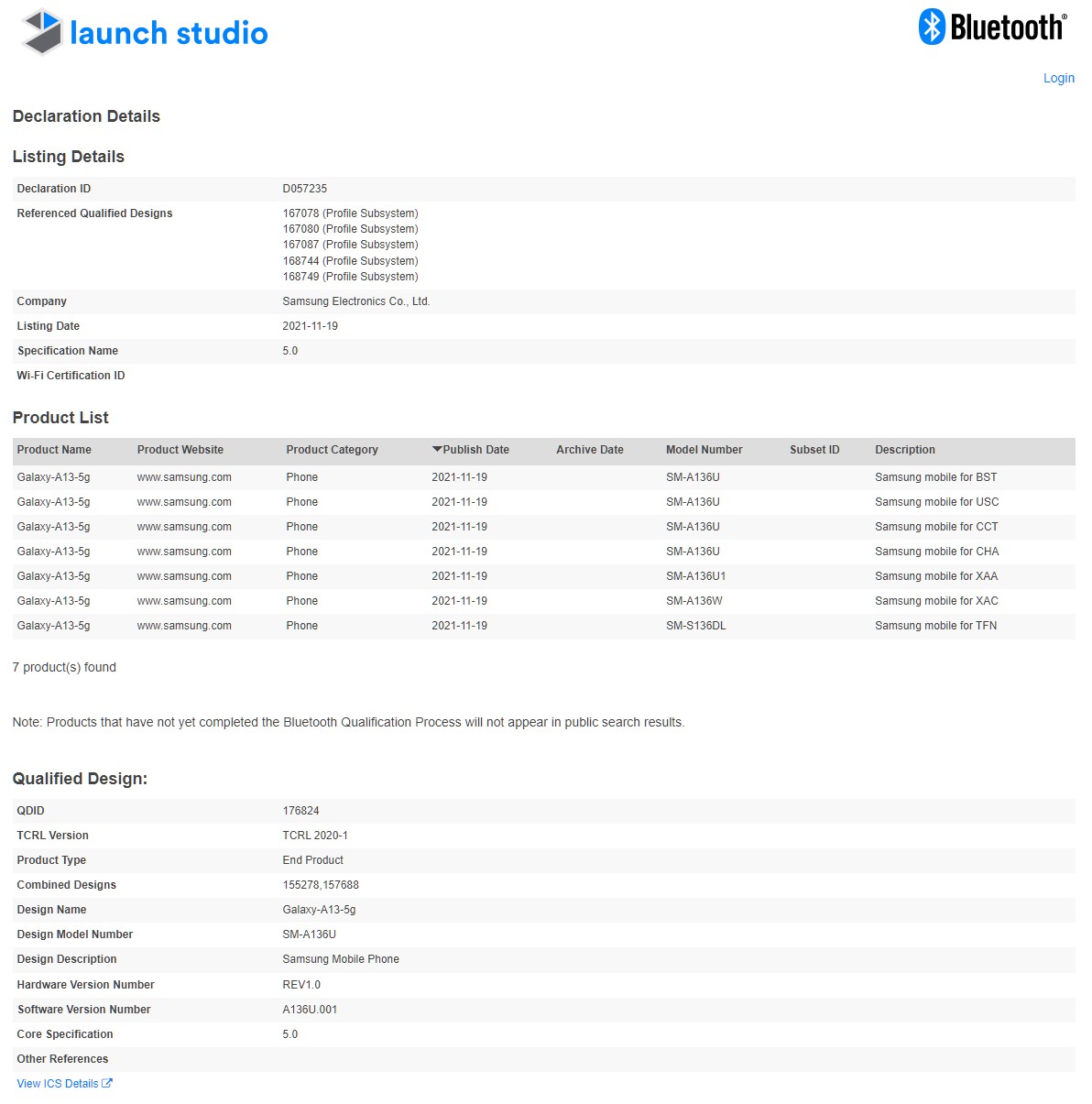 Galaxy A13 with 4G connectivity may have been pushed into production

New report brings more information about Galaxy A13 and its colors

Samsung Galaxy A13 5G won’t cheap out on performance

Samsung switching to 50MP cameras for its cheap Galaxy A phones?