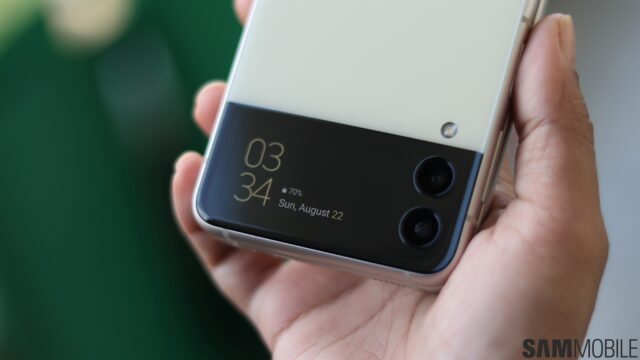 Samsung broke foldable sales records with the Galaxy Z Flip 3 and the Galaxy Z Fold 3, with sales numbers crossing over a million units in South Korea alone. It was reported that the company aims to sell 7 million of its third-generation foldable devices. Now, it appears that the company is setting even higher targets for its foldable phones next year.

According to a new report from TheElec, Samsung aims to produce around 10 million units of Galaxy Z Flip 4 and Galaxy Z Fold 4 in Q3 and Q4 of 2022. It means that the company is aiming to sell at least 10 million units of its next-generation foldable devices. That’s certainly possible if Samsung continues to improve its foldable devices with more durable designs and better specifications.

The report also claims that Samsung aims to produce close to 38 million Galaxy S22 series smartphones in 2022. The company could also be seeking to sell more than 9 million units of the Galaxy S21 FE, which is expected to go official in January 2022. When it comes to the Galaxy A series (Galaxy A13, Galaxy 33 5G, and Galaxy A53 5G), Samsung targets to manufacture 78 million units.

Samsung is the biggest proponent of foldable smartphones right now. The company has already released three generations of foldable phones globally. With the Galaxy Z Flip 3 and the Galaxy Z Fold 3, the company dropped the prices while delivering more robust designs and improved specs compared to their predecessors. No wonder people have been going crazy over those smartphones. 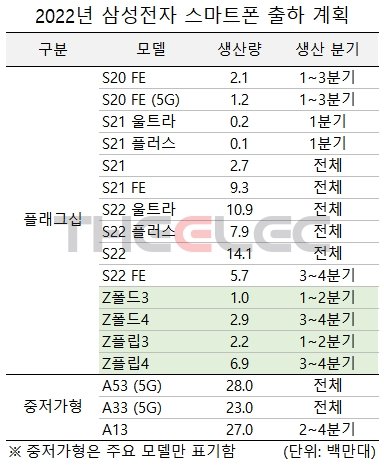 Samsung continues to use underpowered Exynos chips in its new phones

Exclusive: Galaxy A33 will be water and dust resistant with an IP67 ra …

The Galaxy A13 leak no one was waiting for is here

Galaxy A13 with 4G connectivity may have been pushed into production