Samsung Galaxy A11 to get triple camera, 4,000 mAh battery

As we progress further into 2020, details about the many Galaxy A series phones Samsung will be launching this year are beginning to show up online. Recently, we heard about the camera and battery specs for the Galaxy A31 and Galaxy A41. Today, similar information has been revealed about the Galaxy A11, which is likely to be the most affordable of this year’s A series, by the FCC.

The FCC certification for the Galaxy A11 (model number SM-A115F) explicitly mentions the battery capacity of the phone. The A11 has a 4,000 mAh battery, the same as the Galaxy A10, although it still could offer better endurance. That’s because the A11 will be powered by the Snapdragon 625/626 chipset, which is more efficient than the A10’s Exynos 7884 as it doesn’t have any high-performance cores. 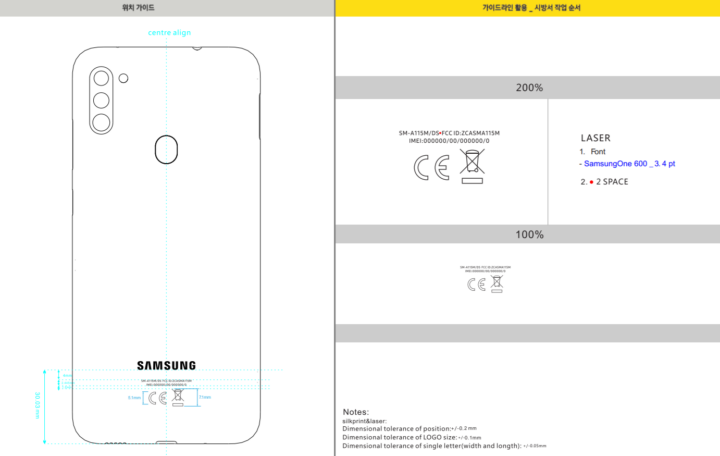 While the battery capacity may not be changing, the FCC documents reveal that the Galaxy A11 will have a triple rear camera setup. The Galaxy A10 has a single rear camera, so that’s a pretty big upgrade. However, it remains to be seen what the camera specs will be. It’s possible one of the cameras will be a 2-megapixel macro sensor similar to the Galaxy A41, though it could also just be a 2MP depth sensor like the one on the Galaxy A01.

The Galaxy A11 will also have a rear-facing fingerprint sensor, as seen in the FCC documents. Some of the other specs, which were revealed in previous leaks and rumors, include 2GB of RAM, 32GB of storage, and Android 10 with One UI 2.0 out of the box. The Galaxy A11 will be available in white, red, blue, and black; it’s not known when Samsung will announce the device, but it could do that in March, a year after the Galaxy A10 was unveiled. 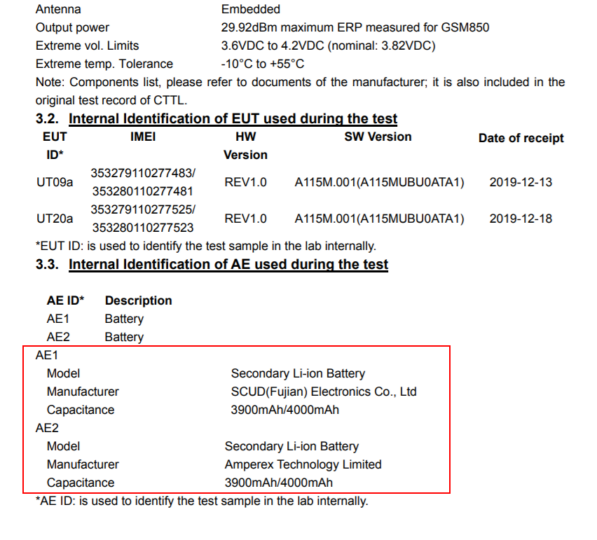 Here’s some good news for the Galaxy A11 owners out there: a new security update is on your way as of to …

Samsung’s been updating countless Galaxy devices to Android 11 for months now, but the job is still not …