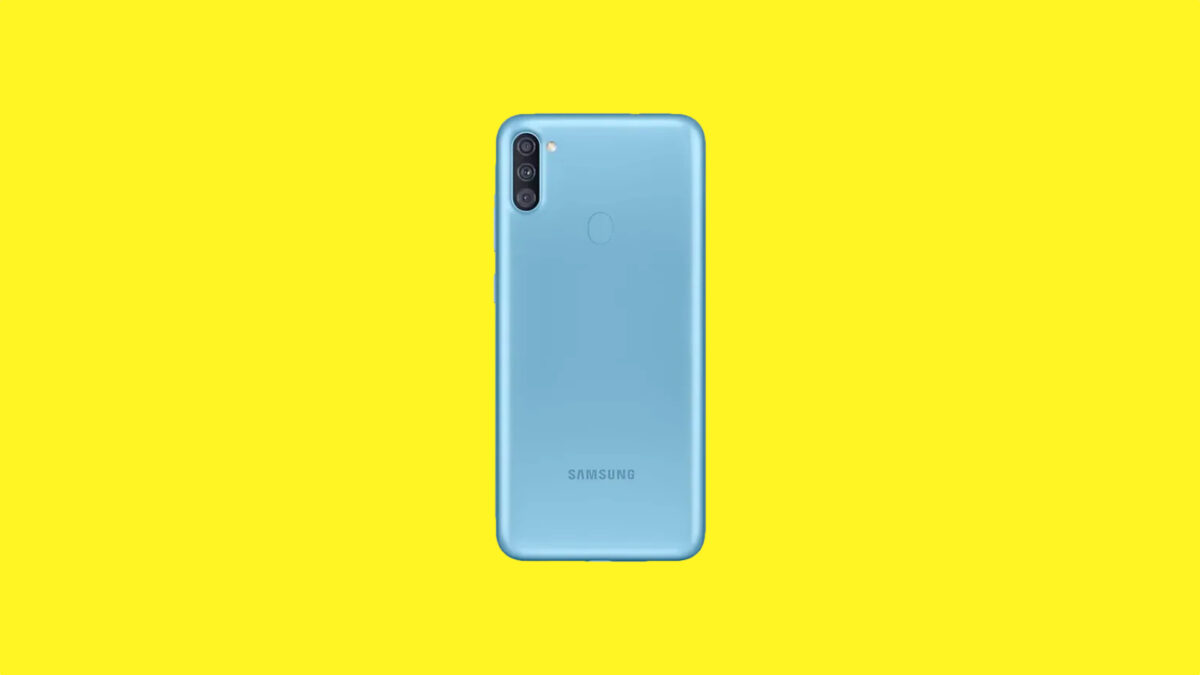 The Android 12-based One UI Core 4.1 update for the Galaxy A11’s carrier-unlocked variant comes with firmware version A115U1UEU7CVJ2. The update is currently available on Dish’s network, and other carriers could release the update soon. The carrier-locked version of the phone received the Android 12 update a few weeks ago with firmware version A115USQU7CVI3. Both variants of the Galaxy A11 are currently on the August 2022 security patch and not the latest November 2022 security patch.

If you are a Galaxy A11 user in the US, you can now install the major new software update by navigating to Settings » Software update and tapping Download and install. You can also download the latest firmware file from our database and flash it manually.

The One UI Core 4.1 update brings the Material You-based Color Palette feature to the Galaxy A11. It extracts colors from the chosen home screen wallpaper and uses it across the UI for a more personalized look. Widgets have a new and clean styling. There is a new widget picker design, the audio output switching option from the lock screen, and the calendar widget on the lock screen.

Samsung Keyboard offers quicker access to emojis, GIFs, and stickers. You can even use animated emoji pairs. One UI Core 4.1 also brings more keyboard layouts and language settings. The stock camera app now has a cleaner design and a portrait option for pets. Video recording starts as soon as your finger touches the shutter button rather than when it is touched and released.

The Gallery app has enhanced stories, easier album sorting, an image remastering tool to sharpen blurry images, and more control over your privacy data in images. You can remove the date, time, and location from an image while sharing it with others. You can also edit pictures without worries, as you can revert all the changes if you’re unhappy with them.

The sharing menu is now more personal and customizable. Navigating through sharing options (apps or contacts) is easier. Whenever the phone detects that an image you are sharing is out of focus or not straight, it allows you to edit the picture before sharing it with others.

The Calendar app now offers the option to quickly add events and share them with other Galaxy users, easier date and time selection, and a search feature. You can even recover deleted events. There is also a new Calendar widget for the home screen. Samsung Internet now has more search auto-complete suggestions and a new design for them. There is a search widget for the home screen and an option to start the web browser in Secret Mode.

For improved privacy and security, there is an easier-to-use Privacy Dashboard to see which apps have used the camera, location, and microphone. You can remove data access for apps that you are not comfortable with. You can also offer only approximate location data to apps rather than accurate location. You can also choose to get notified when any app accesses sensitive information, such as credit card numbers, from the phone’s clipboard.

The Device Care section has received a design uplift. You can see battery and security information at a glance. Various diagnostic checks can be performed using the Device Care app. Accessibility has received a massive boost with One UI Core 4.1. You can access accessibility features with a floating button. There are more visibility options, including blur and transparency settings.

Samsung has improved Dark Mode on the Galaxy A11 with the Android 12 update. Charging info is more understandable, too. There is a Safety & Emergency menu that can be helpful in difficult situations. Search performance across One UI Core 4.1 and all stock Samsung apps has improved a lot.

Other options include a resizeable Picture-in-Picture window, the ability to see current apps while using the Edge Panel, quick access to pop-up window options for apps from the recent apps menu, easier switching from text to calls, skipping the alarm just once, and day/night visibility in the dual clock widget.

Samsung brought back the epic in-store experience in San Francisco after Unpacked. The company opened up a new Galaxy Experience Space in the Golden Gate City, where visitors can experience the new Galaxy S23 and Galaxy Book 3 lineups in person, learn about Samsung’s sustainability efforts, play mobile games, and take epic photos that simulate […]

Samsung T7 Shield 4TB SSD is now available in the US

Two weeks ago, Samsung introduced the 4TB version of the T7 Shield portable SSD. Earlier, the company used to offer 1TB and 2TB storage capacities. The Samsung T7 Shield SSD is a credit-card-sized SSD that is meant for people who are on the move, such as content creators or travelers. The Shield T7 SSD supports […]